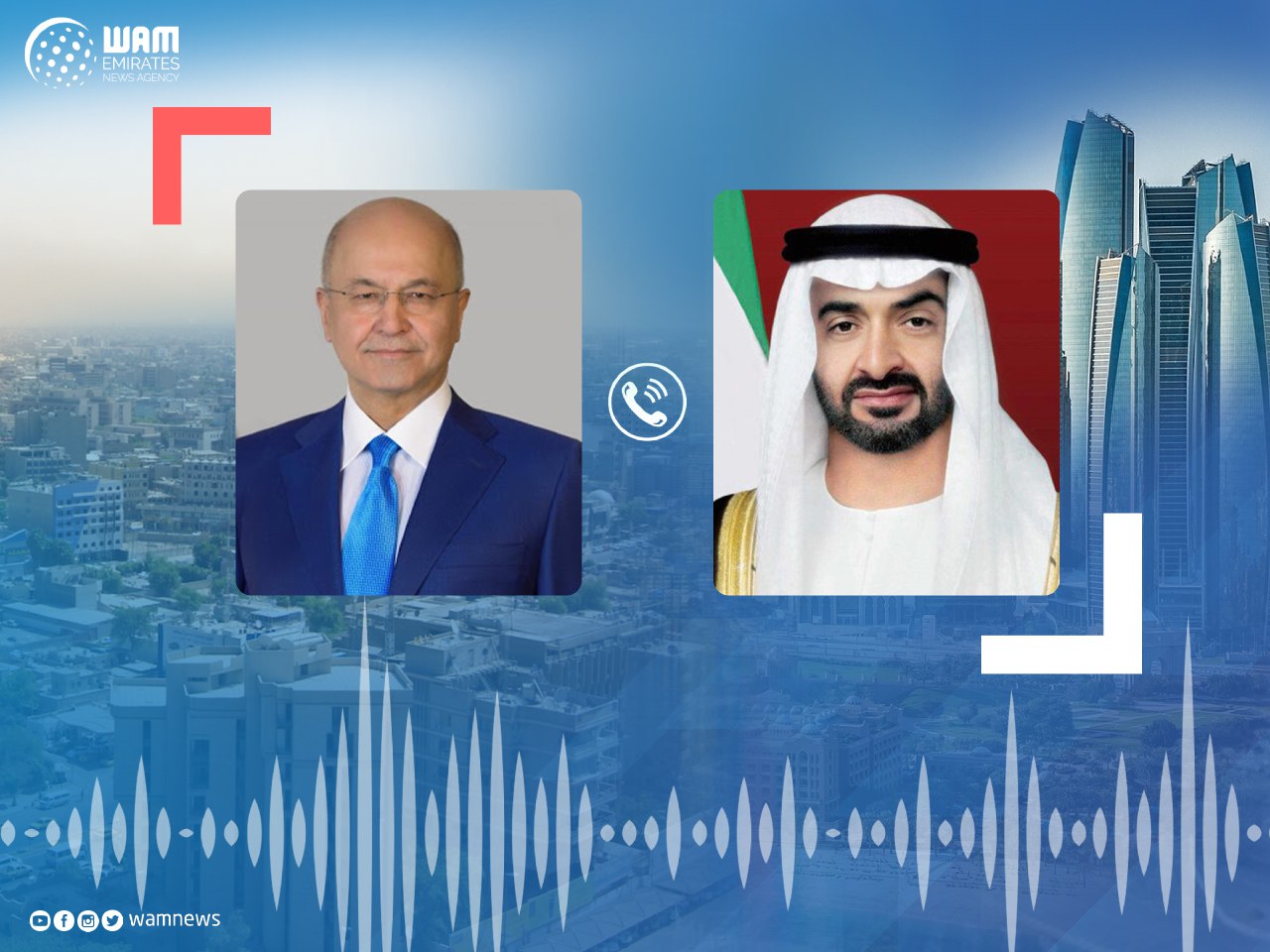 This came in a phone call Sheikh Mohamed received today from the Iraqi President wherein the two leaders discussed a number of issues of common regional and international concern.

They touched on the latest developments of the global fight against the COVID-19 pandemic and the efforts made by the two countries to address the fallout of the pandemic on the humanitarian, economic and medical levels as well as ways to enhance post-corona cooperation.

Sheikh Mohamed and the Iraqi leader also underlined the importance of underpinning the pillars of peace, stability and development for all the peoples of the Middle East region who are suffering unrests weighing on their financial and human resources.

Sheikh Mohamed reiterated the UAE's permanent support for Iraq to preserve its security and stability and to overcome the besetting challenges.

Dr. Barham thanked Sheikh Mohamed for the UAE's support for the people of Iraq under all circumstances to restore its stability and solidify the role played by state departments at all levels.