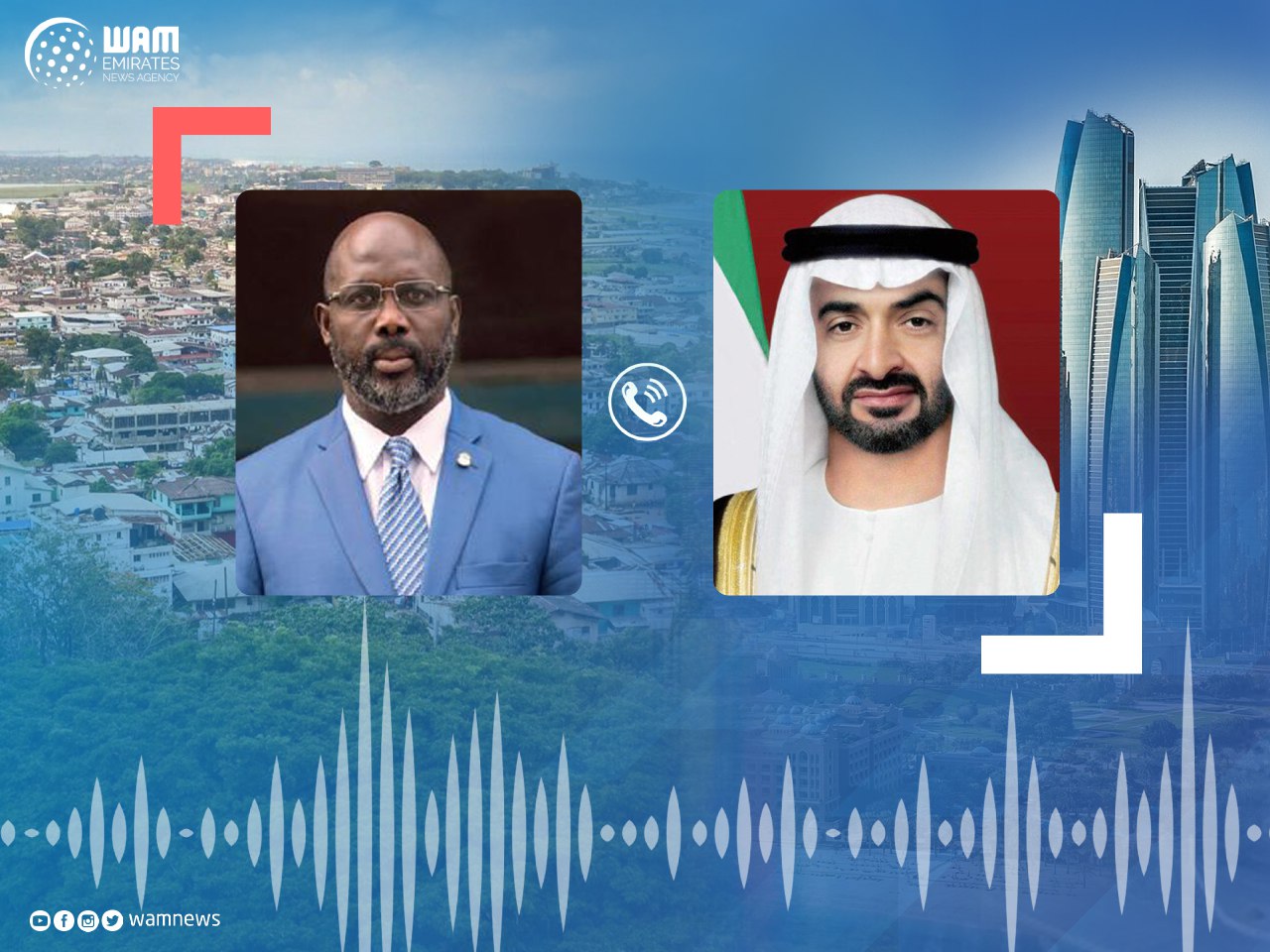 During the conversation, the two leaders discussed ways of strengthening bilateral ties and cooperation to serve the mutual interests of the two friendly countries in several fields.

His Highness Sheikh Mohamed bin Zayed and President Weah discussed the latest regional and global developments and issues of common concern and exchanged views on them.

The two sides also reviewed the latest situation regarding COVID-19 pandemic and the global efforts to contain the impact of the virus.

President Weah thanked the UAE for its positive role in the development of Liberia and the rest of Africa.

Sheikh Mohamed underlined the UAE's keenness to strengthen ties with the African countries, including Liberia for the common good of their peoples.