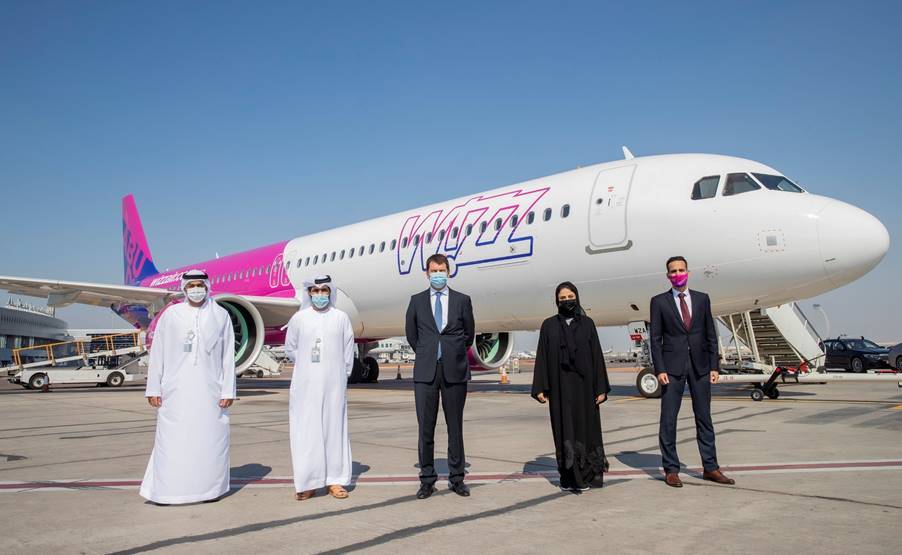 ABU DHABI, 16th January 2021 (WAM) - On the eve of its inaugural flight to Athens, Greece, the UAE’s new national airline, Wizz Air Abu Dhabi, marked the occasion with a visit from the company’s Chairman, József Váradi. Váradi is one of the airline’s founders who established the company in 2003.

The company’s Chairman, József Váradi said: "The launch of Wizz Air Abu Dhabi recognises Abu Dhabi as a bold new frontier for ultra-low fare travel in the region. We most welcome the opportunity to contribute to Abu Dhabi’s efforts to provide a new segment of travel in the UAE in line with its socio-economic vision. We are looking forward to working in strategic partnership with our stakeholders in Abu Dhabi for the benefits of the country by opening up new travel options for residents and tourists."

The airline recently confirmed Athens as its inaugural destination, with flights from Abu Dhabi International Airport commencing tomorrow, 15 January 2021 followed by flights to Thessaloniki, starting on 4 February 2021. Tickets are already on sale on wizzair.com and the airline’s mobile app, now also available in Arabic language.

With a fleet composed of four brand new Airbus A321neo aircraft, the airline will have the lowest environmental footprint among its competitors in the region.

Wizz Air has also introduced a new era of sanitized travel across its network, with enhanced hygiene measures to ensure the health and safety of passengers and crew. Click here to view Wizz Air’s new health and safety video.