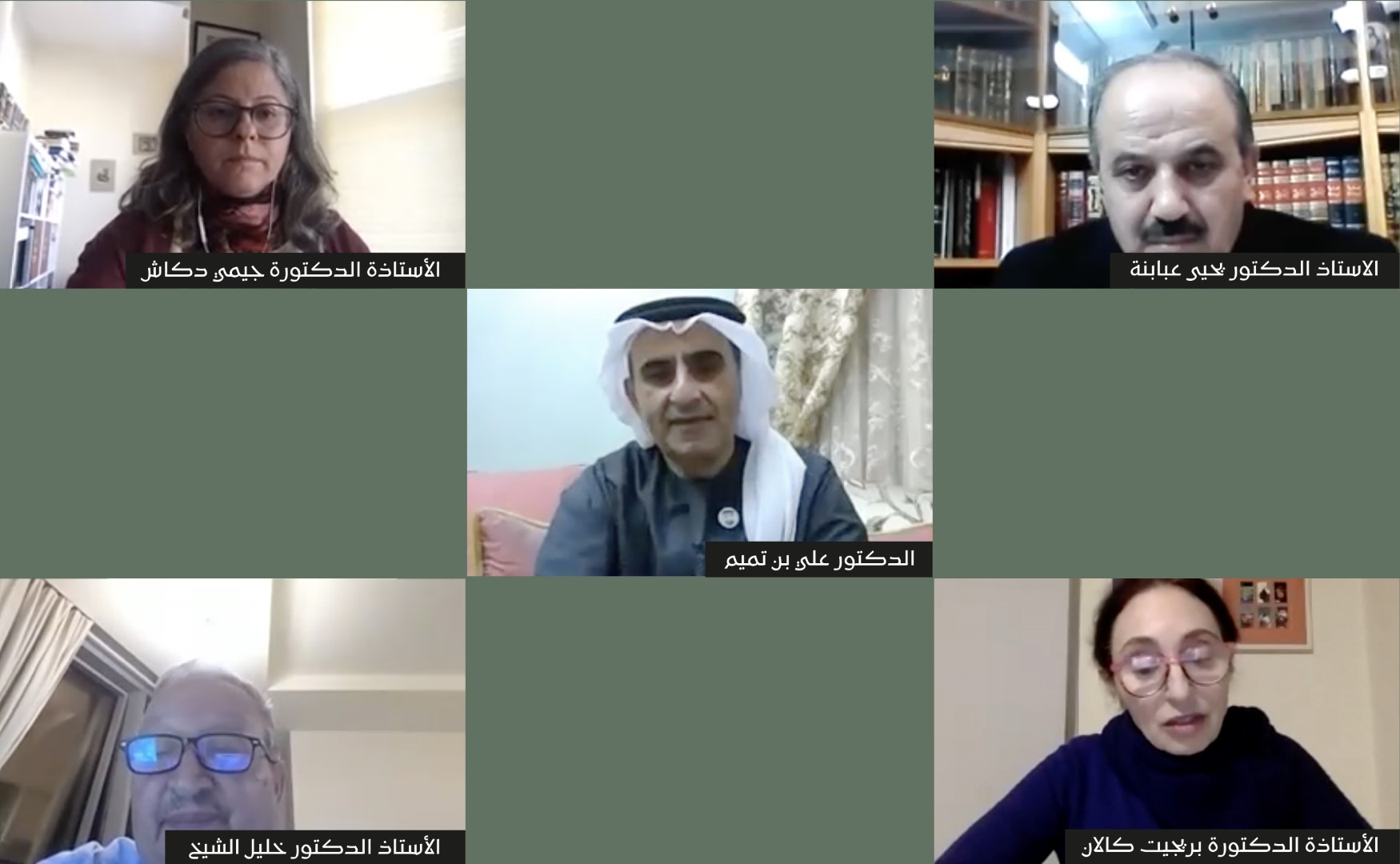 The seminar was moderated by Prof. Dr. Khalil Al Sheikh, member of the Sheikh Zayed Book Award Scientific Committee. It highlighted the common cultural heritage between the Semitic languages of Arabic, Hebrew and Syriac and the close ties that have brought these languages together through the ages.

Speakers also addressed the role of the Arabic language in promoting human fraternity and bringing people together to achieve peace and tolerance.

"There is a pressing need for the language of dialogue and understanding, and to reinforce its historical and civilisational role, which provides the necessary tools for communication and rapprochement between people," said Dr. bin Tamim. "The Middle East is rich in ancient languages, some of which have disappeared, while others are still present in our daily lives, so it was necessary to focus on the common roots of these Semitic languages to emphasise the links between peoples and cultures."

In her presentation about the ancient ties and similarities between the Arabic and Syriac languages, Dr. Jimmy Daccache said that learning Arabic spread among Syriac-speaking Christians of the East during the Abbasid state, just as the Syriac language itself had spread in the second century AD with the expansion of Christianity in the region spreading from Egypt to the west, China to the east, and Arabia to the south.

Dr. Brigitte Caland said, "What brings together the Arabic and Hebrew languages goes beyond the similarity in many components, grammar and utterances. Also, it is easier for the speaker of any of these two languages to learn the other language more quickly and accurately than other languages.

"Another interesting intersection between the two languages is what is known as ‘Jewish Arabic’, the language of Jewish communities that lived in Arabic-speaking environments, who in order to preserve their own culture, wrote some of their cultural works in the languages they understood in Hebrew letters and not in the original language's letters. All of which confirms the intermingling and coexistence of Arabs and Jews since ancient times."

Dr. Yahya Ababneh talked about "the undeniable linguistic, literary and historical evidence that confirms the return of the three languages to one origin, along with many other Semitic languages that have ceased to exist, but their effects have remained in the Arabic, Hebrew and Syriac languages in one form or another."

At the end of the seminar, Dr. Khalil Al Sheikh expressed appreciation for the efforts undertaken by Abu Dhabi Arabic Language Centre to achieve rapprochement between peoples through language, literature and culture. He highlighted the common history that unites the region's cultures and the legacy that manifests itself on the tongues of millions of speakers of living Semitic languages around the world.