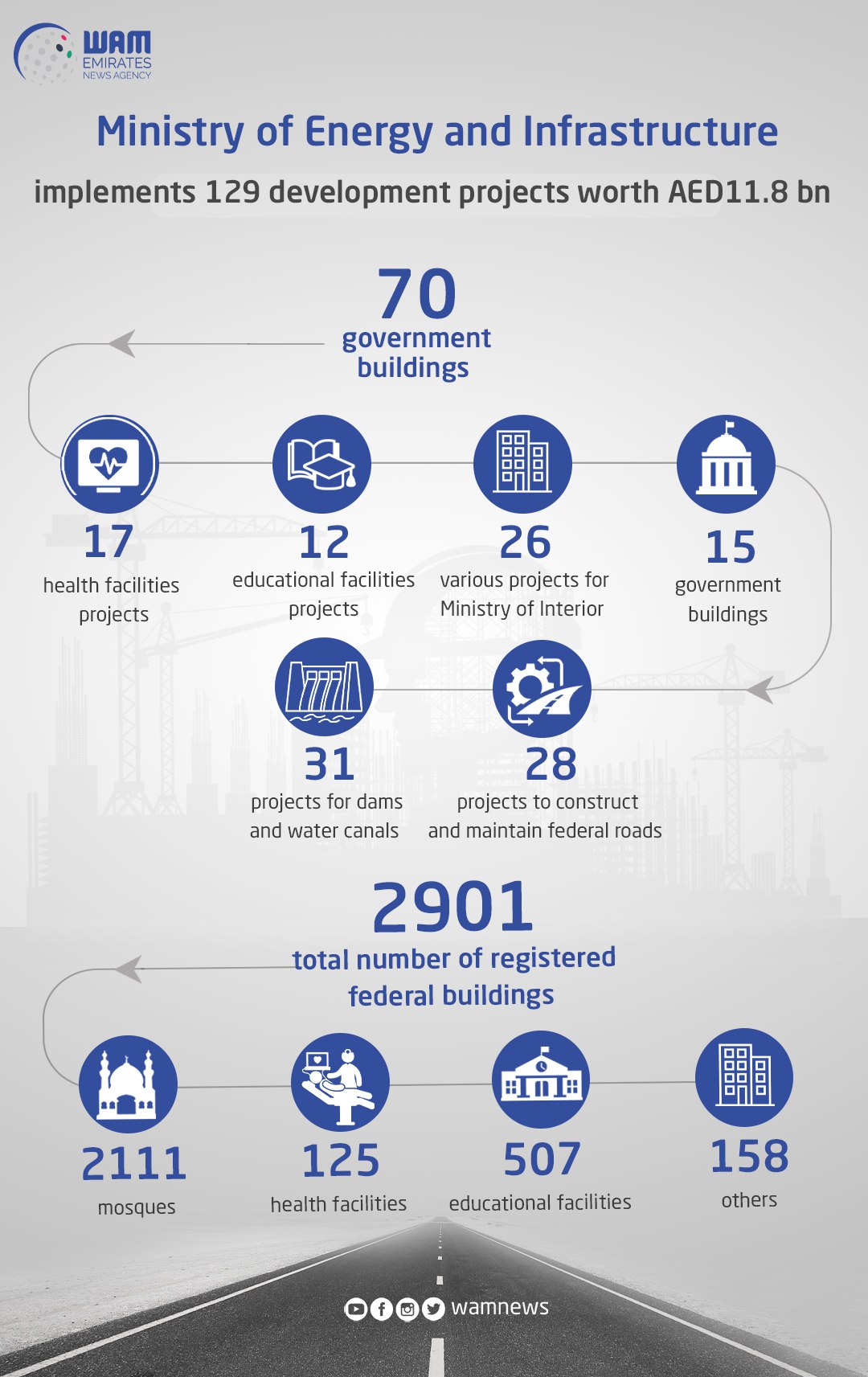 DUBAI, 16th February, 2021 (WAM) -- The Ministry of Energy and Infrastructure has revealed that it is implementing 129 development projects worth approximately AED11.8 billion, as part of the ministry's five-year plan (2018-2023).

Hassan Mohammed Juma Al Mansouri, Under-Secretary of the Ministry of Energy and Infrastructure, told the Emirates News Agency (WAM), that the nationwide developments include constructing 70 government buildings at a cost of AED6.62 billion, implementing 17 projects for health facilities, and 26 various projects for the Ministry of Interior.

The plans also include 12 infrastructure developments for educational facilities, projects to develop 15 government buildings which are accessible to the public, 28 projects to construct and maintain federal roads, and 31 others for dams and water canals, at a total cost of AED5.18 billion.

Al Mansouri noted that the total number of registered federal buildings is 2,901, which include 2,111 mosques, 125 health facilities, and 507 educational facilities, adding that the Ministry has completed maintenance on 258 of those buildings, at a total cost of AED571 million.

The official said the Ministry is keen on keeping pace with the government's aspirations for the next 50 years by developing resilient action plans that would contribute effectively to achieving the 2071 centenary visions, support the national economy, and contribute to providing a high quality of life for the population.