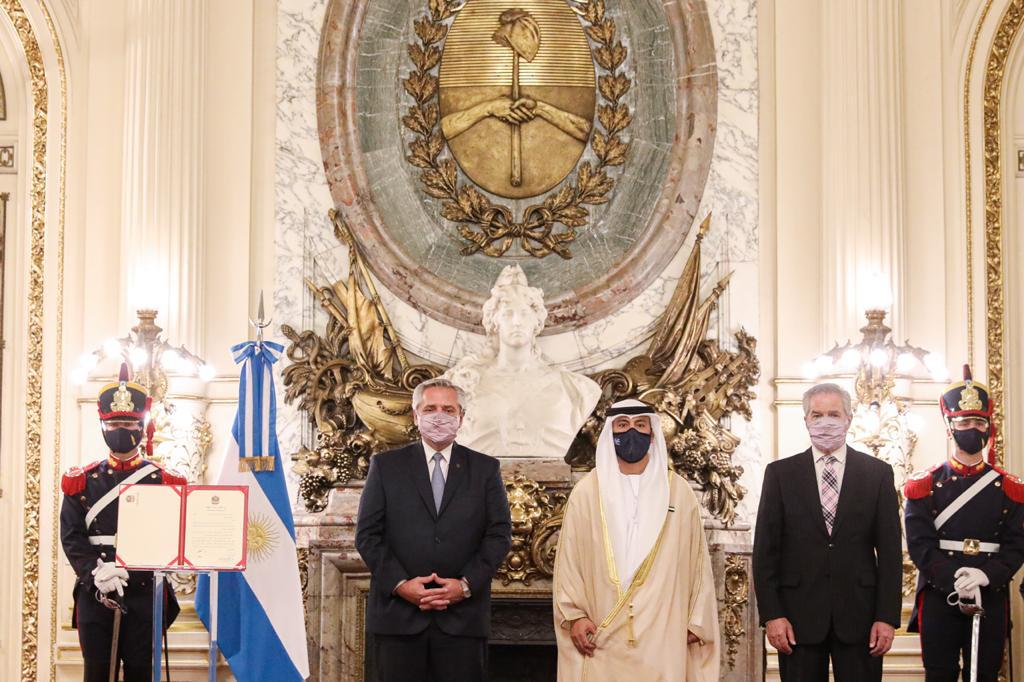 For his part, President Fernandez reciprocated his greetings to the UAE leaders, wishing the UAE government and people further progress and prosperity.

The President of Argentina welcomed Ambassador Al Qamzi, wishing him success in his new role and assuring the Emirati diplomat that he will receive all assistance required to help him fulfil his duties in promoting relations between the two countries.