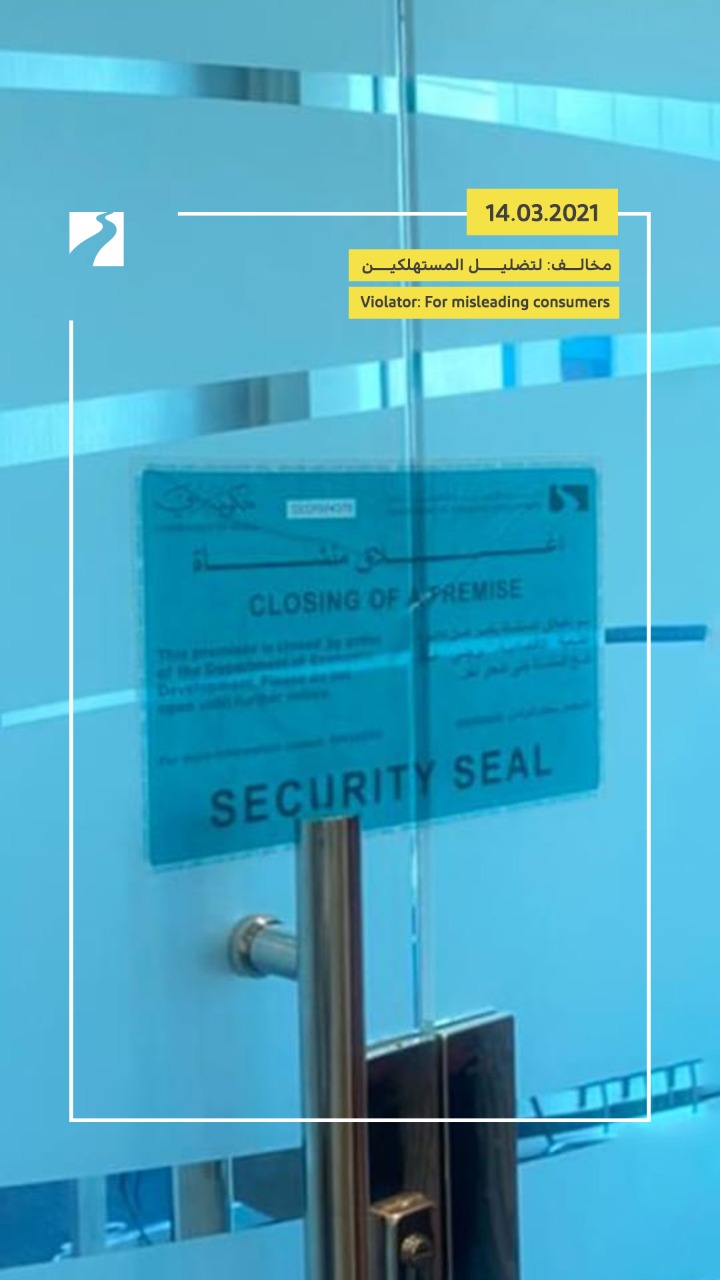 DUBAI, 15th March, 2021 (WAM) -- The Commercial Compliance & Consumer Protection (CCCP) Sector in Dubai Economy closed an immigration services office that misled investors by offering assistance in obtaining UAE citizenship. The office was found to have received citizenship applications without being authorised to do so, and reviewed personal details and proof of wealth submitted by the applicants, updating them later on their eligibility for citizenship.

Investigation by CCCP revealed that the office had promised investors with assistance in obtaining UAE citizenship, provided the applicant had no less than AED100 million in wealth and paid US$10,000 as processing fee for the application. Applicants were told the details provided by them would be evaluated for compliance with the citizenship requirements after which they can submit it to the authorities concerned.

The service offered was not only unauthorised but also in contravention of the recent amendment to as the UAE Citizenship Law, which did not specify any fee or process for obtaining naturalization. As per the amendment made in January 2021, investors, doctors, scientists or researchers, creative talents like authors, inventors and their families are eligible to be nominated for citizenship by the UAE Cabinet, local Emiri or Rulers’ Courts, and executive councils of the seven emirates.

Stern action will be taken against any office or commercial establishment that transgresses its authority, Dubai Economy warned, reminding UAE residents, investors and the public to be aware of such fraudulent practices. Dubai Economy also called on the public to report any negative practices they come across through the Dubai Consumer App available on Apple, Google and Huawei stores, by calling 600545555, or via the Consumerrights.ae website.