‘Emirati-Korean Festival’ to be launched virtually on 31st March 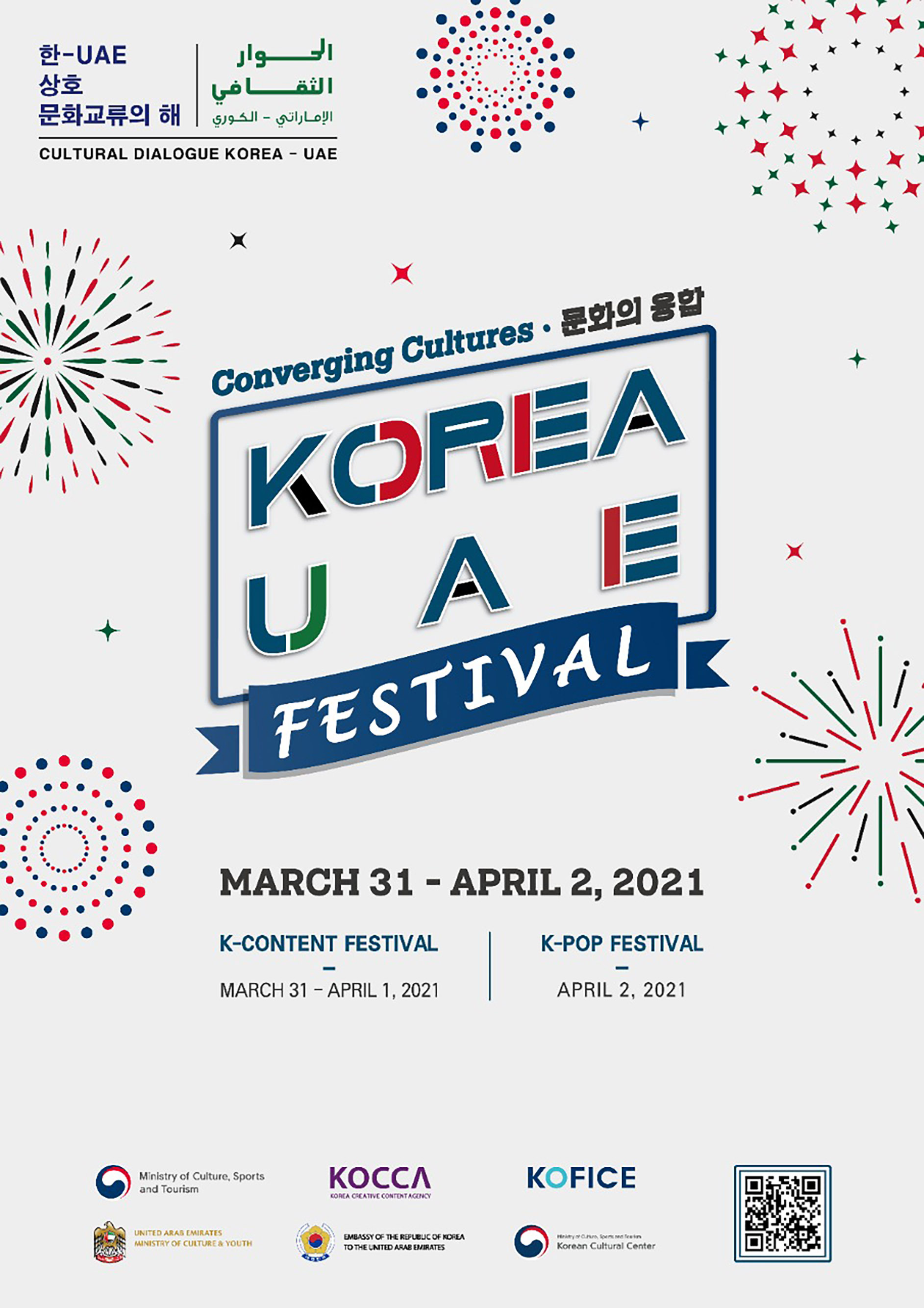 ABU DHABI, 22nd March, 2021 (WAM) -- The Ministry of Culture and Youth, in cooperation with the Ministry of Culture, Sports and Tourism of South Korea, will organise several cultural activities as part of the ‘Emirati-Korean Festival,’ which will take place from 31st March to 2nd April, 2021.

The festival will be held under the theme, "Converging Cultures," underscoring the profound cultural ties between the two countries.

Its agenda includes a variety of cultural events and programmes that will take place via video conferencing, The first event will be online “KOREA-UAE FESTIVAL” from March 31st (Wednesday) to April 2nd (Friday). This will be hosted by the Ministry of Culture, Sports, and Tourism of Korea, and it will be jointly organised by the Korea Creative Content Agency (President & CEO KIM, Yong Jun) and the Korea Foundation for International Cultural Exchange (Director KIM,Yongrak).

Noura bint Mohammed Al Kaabi, Cabinet Member and Minister of Culture and Youth, and Park Yang-woo, the former Korean Minister of Culture, Sports and Tourism,  signed a MoU in December 2019 agreeing to set 2020 as The Year of Korea-UAE Cultural Dialogue to celebrate the 40th anniversary of the diplomatic relationship between Korea and the UAE.

Several joint cultural activities have organised, including performances by "AkDanGwangChil" and the "Al Burda Exhibition," a virtual Islamic art exhibition. The first discussion session on Korean and Emirati content creation was also held. However, several other events were postponed due to the coronavirus (COVID-19) pandemic, and it was agreed to extend the Year of Emirati-Korean Dialogue to 2021.

The festival’s activities will include several special events aimed at promoting Korean content creation in the UAE, as well as a webinar held from 31st March and 1st April, under the theme, "Strategies for Entering Middle Eastern Markets," with the participation of 24 speakers from the UAE and 28 from Korean companies specialising in story, comics and games.

On the occasion, Minister Hee Hwang said “Korea and the UAE are true friends that have continued cultural exchanges for over 40 years.” He continued, “Despite the difficulties due to COVID-19, this online exhibition will be an opportunity to create a future-oriented cultural community together and to expand cultural exchanges across the Arab world. We will make this an opportunity that will go beyond the Hallyu fad and realise true ‘cultural convergence' between the two countries.”