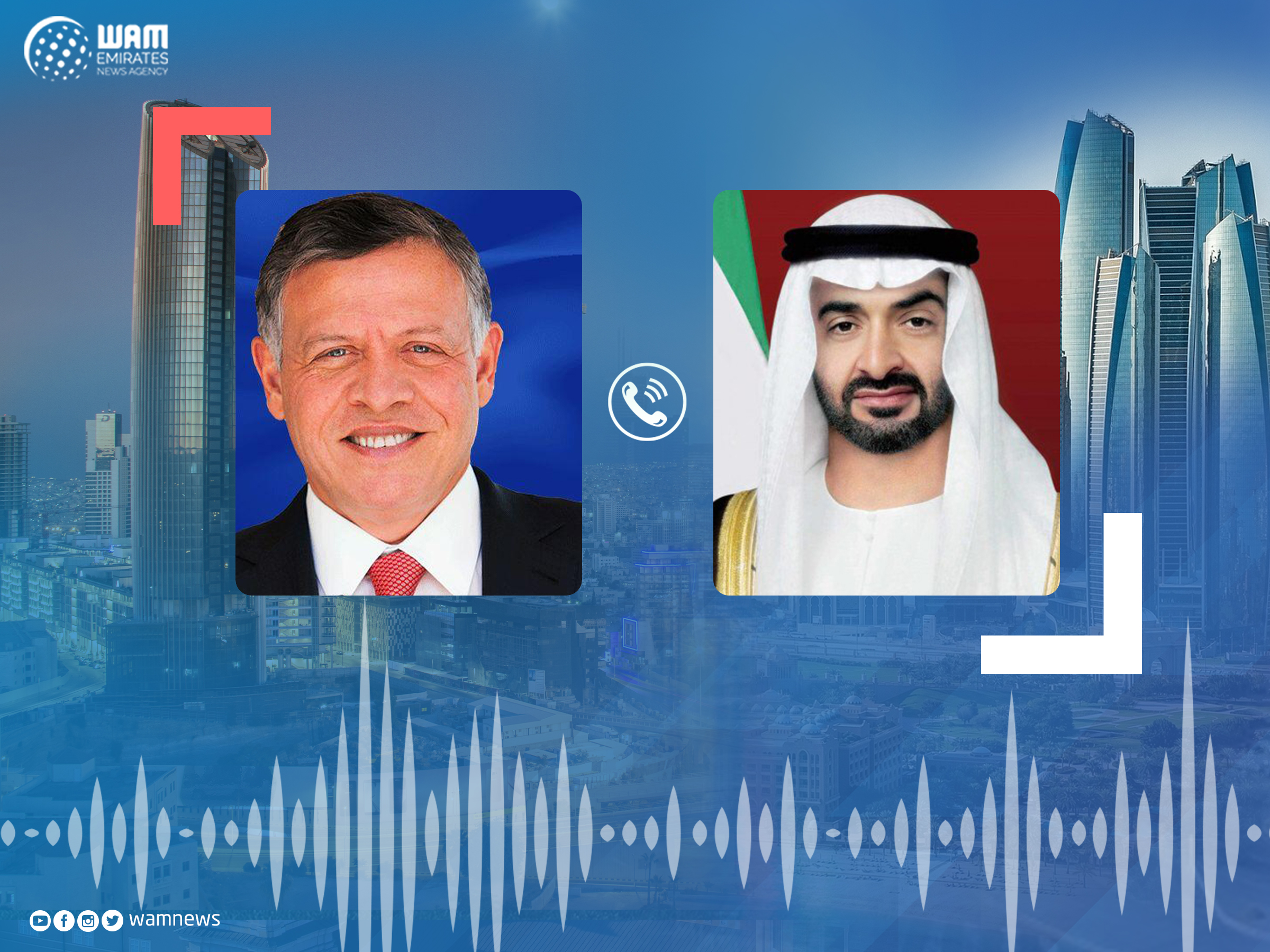 ABU DHABI, 4th April, 2021 (WAM) -- His Highness Sheikh Mohamed bin Zayed Al Nahyan, Crown Prince of Abu Dhabi and Deputy Supreme Commander of the UAE Armed Forces, has expressed the UAE’s full solidarity with Jordan and its support for all the measures the Kingdom is taking to protect its security and stability.

This came in a phone call His Highness Sheikh Mohamed had Sunday with King Abdullah II of Jordan, wherein he affirmed that maintaining the security and stability of Jordan is an essential pillar of Arab security.

"We reject all that is destabilising Jordan and endangering the safety of its people," Sheikh Mohamed affirmed.

Sheikh Mohamed also expressed sincere wishes for the Jordan’s Monarch to continue to ensure the safety, stability and prosperity of his country, praying to Allah Almighty to protect the people of the Kingdom against all evils.

For his part, King Abdullah expressed his sincere thanks and appreciation for the UAE’s support for the Kingdom under all circumstances.

He valued the principled stance of the UAE and its constant support for the stability and security of Jordan in a way that translates the depth and strength of relations between the two fraternal nations.