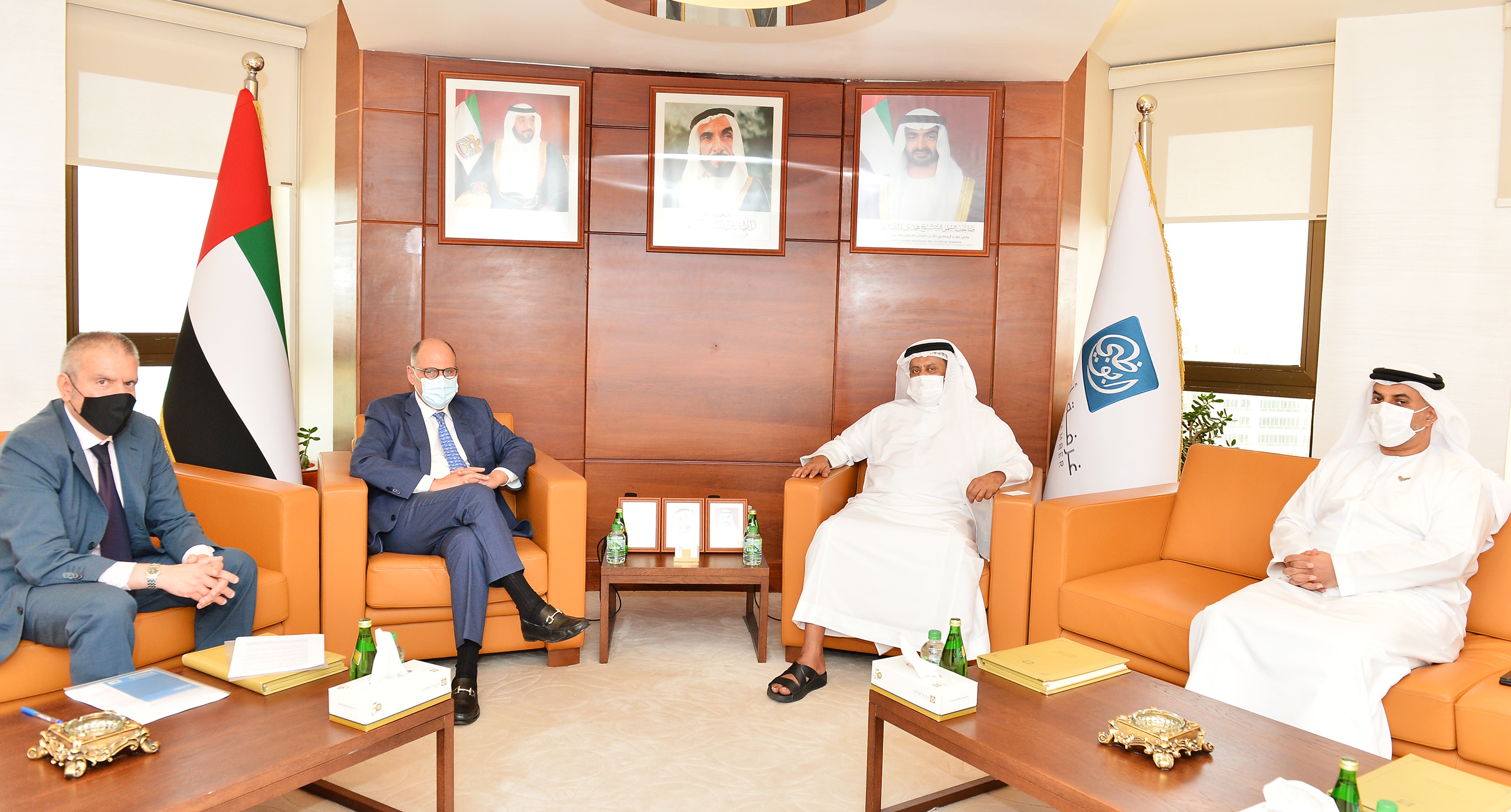 ABU DHABI, 6th April, 2021 (WAM) -- Mohammed Thani Al Rumaithi, Chairman of the Federation of the UAE Chambers, has received Dionyssios Zois, Ambassador of the Hellenic Republic to the UAE, at the Chamber’s tower in Abu Dhabi, to discuss ways to further develop joint economic cooperation and serving the business communities in both the UAE and Greece.

Al Rumaithi praised the mutual and ever-evolving relationship between the UAE and Greece, especially considering the strong political and economic representation between both countries.

He also hailed the role of the private sector in strengthening trade and investment partnerships and increasing investment opportunities and joint projects between the two countries, especially in the food industries, logistics, infrastructure, transportation, tourism and telecommunications.

For his part, Abassador Zois highlighted his country’s interest in boosting the economic cooperation on all levels, which would increase the rates of trade exchange between the two countries.

He also praised the efforts of the Federation of the UAE Chambers in pushing the wheel of trade and investment cooperation between the two countries forward with the aim of realising the joint objectives of the UAE and Greece.

The meeting was attended by Mohamed Helal Al Mheiri, Director-General of the Abu Dhabi Chamber, and his Deputy Abdullah Ghurair Al Qubaisi.