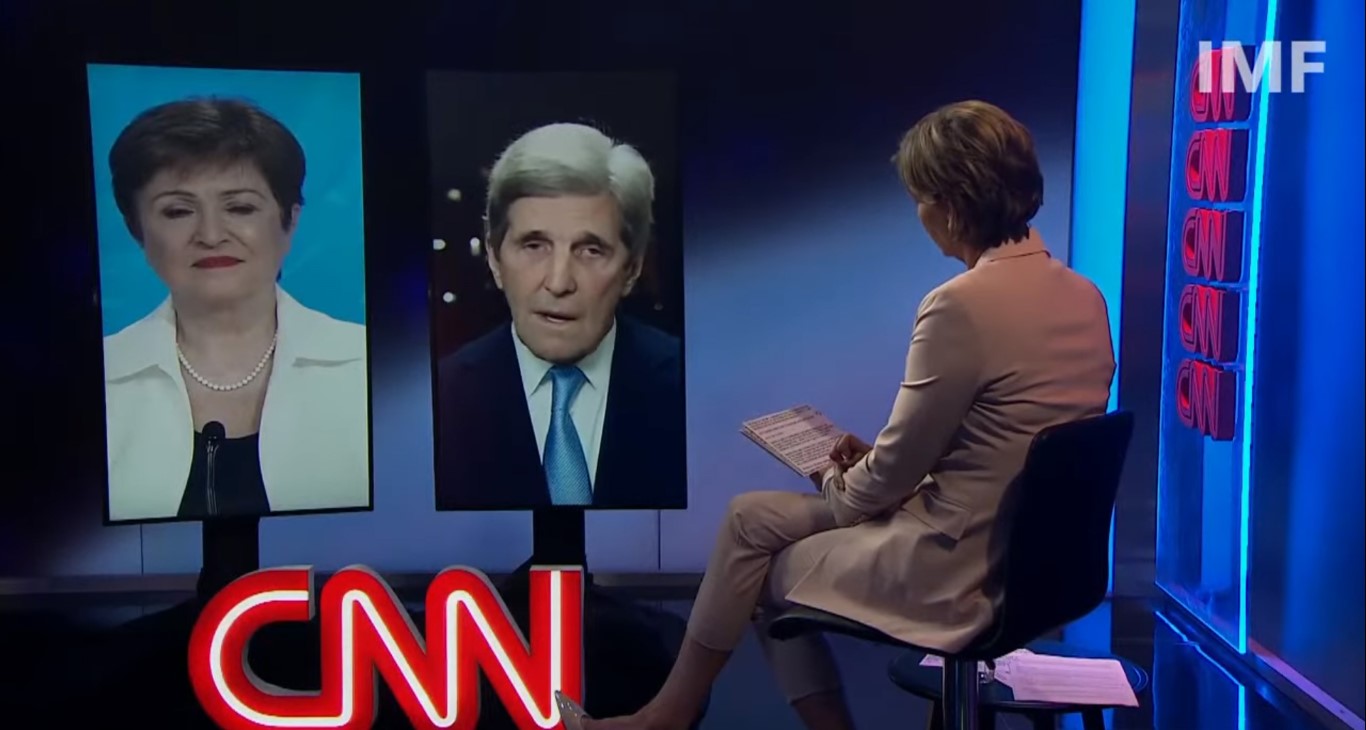 ABU DHABI, 9th April 2021 (WAM) - US Special Presidential Envoy for Climate John Kerry has lauded the commitment demonstrated by the UAE to adopt the wide scale use of renewable energy resources, saying the UAE leadership have realised the importance of alternative energy sources, "long before it became a hot topic".

Kerry made the remarks during a virtual panel discussion entitled "A Critical Year for Climate Action", as part of the World Bank's Spring Meetings. The panel, which included Kristalina Ivanova Georgieva, Managing Director of the International Monetary Fund, was moderated by Becky Anderson of the CNN.

Kerry underscored that the UAE demonstrated a firm commitment to help make the UN Climate Change Conference (COP26) in Glasgow on 1-12 November 2021 a success.

"What struck me was the UAE’s commitment to help make Glasgow a success. They urged further reductions in the emissions and they accepted the responsibility of helping with the transition. Yes, they are going to continue for a period of time, particularly with gas but they understand that this is a change that is coming and they need to diversify their economy," he said.

Asked about the key messages he took away from the regional climate dialogue in Abu Dhabi last week, and the decision that had been made with the Government of the UAE, Kerry said: "The leadership of the UAE have been singularly understanding of the need for that shift and for number of years, and long before this became the hot topic it is right now, they have already been engaged in some of that diversification and investment in alternative renewables and now much more."

He said the Regional Climate Dialogue he attended in Abu Dhabi, showed a consensus among countries that they are affected by the climate.

"We need to understand this decade is a critical decade of decisions and what came out of the talks in Abu Dhabi was the unity of these countries in talking about the way their country is today being affected by climate."

He also underlined the future prospects for hydrogen as an alternative clean energy fuel.

"My sense is that a lot of people are beginning to look high at hydrogen because it is plentiful and if you can produce it with less energy intensity that could be a major field of the future. There is a race on now and it’s a welcome race. We need a race to 2030," he concluded.