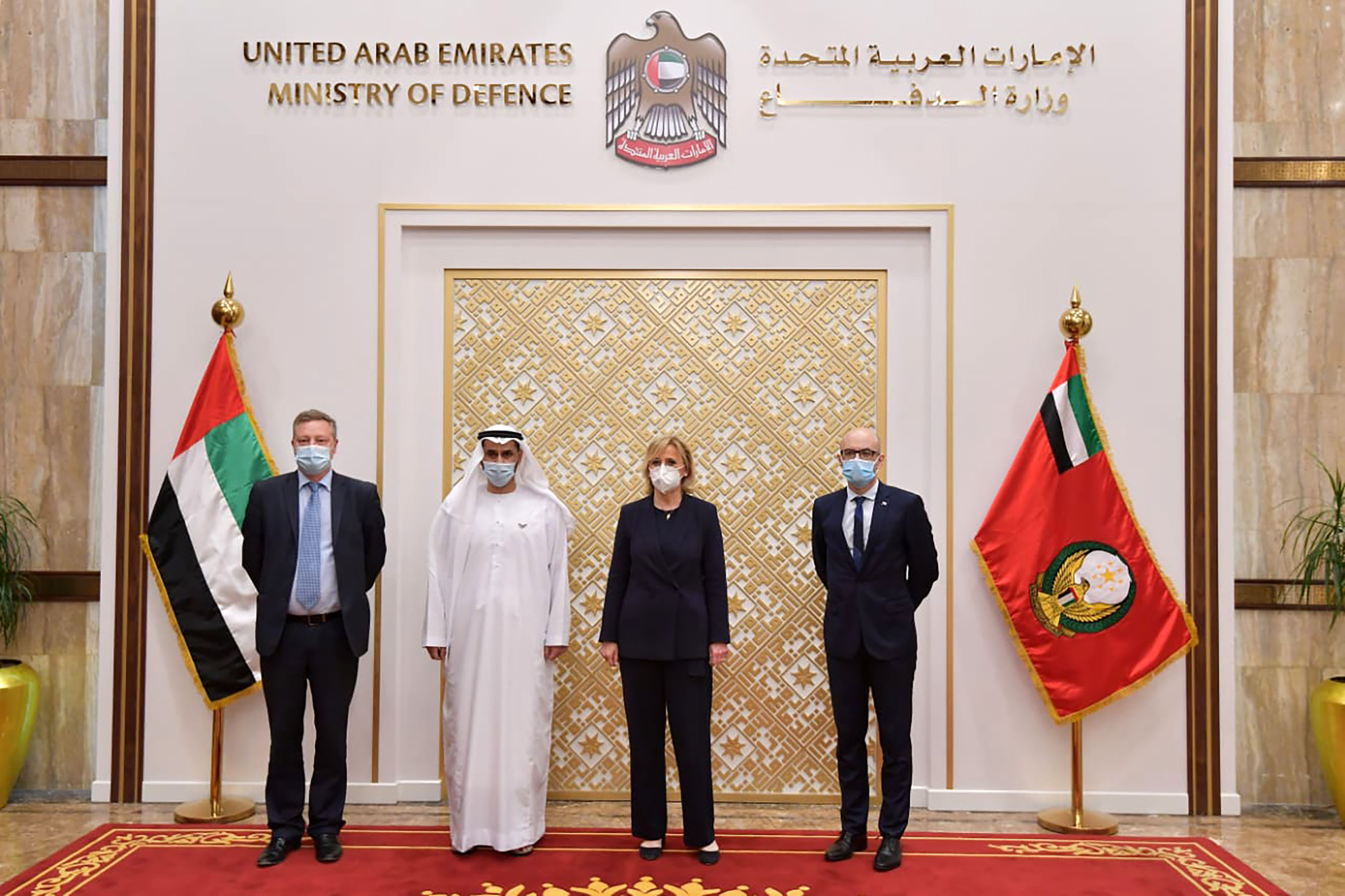 Al Dhaheri welcome Dumas, with whom he discussed collaboration and bilateral relations between their countries, particularly in defence and military sectors.

The meeting was attended by several high-ranking officers and officials from the Ministry of Defence.