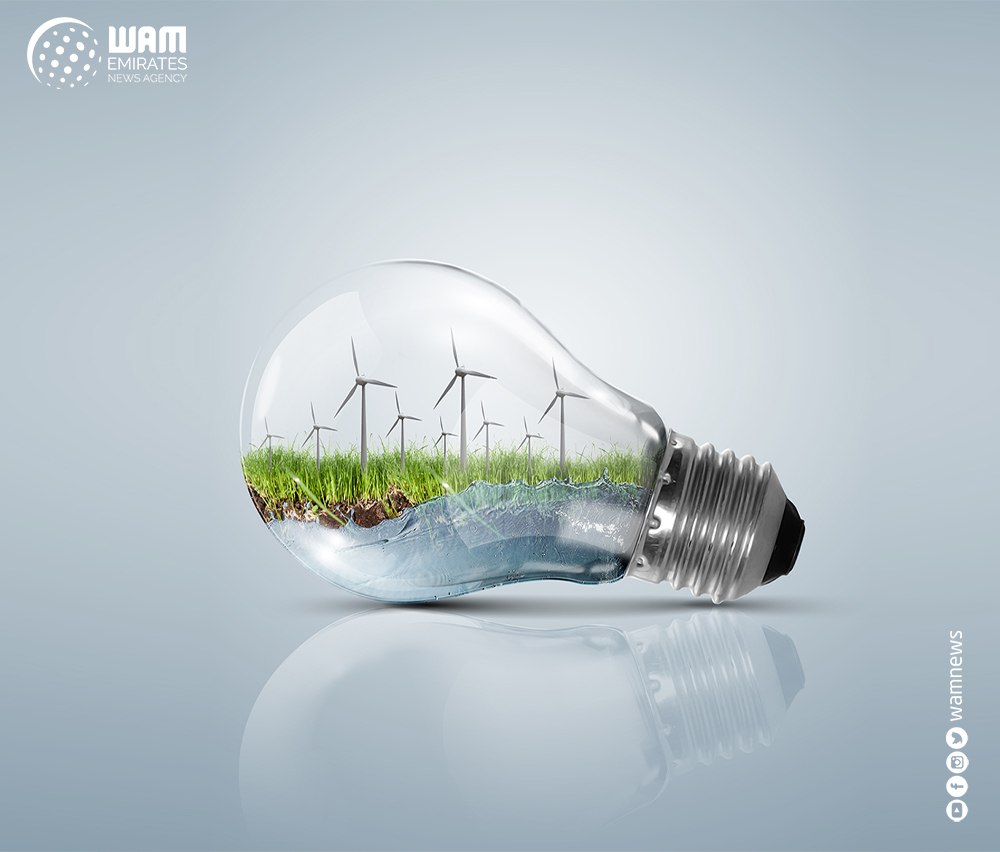 ABU DHABI, 6th June, 2021 (WAM) -- Sharif Salim Al Olama, Under-Secretary of the Ministry of Energy and Infrastructure, stated that the UAE has expanded its clean energy sector in record time due to its laws and legislation that encourage investment in current developments and future projects.

The country also drafted ambitious future goals, through the launch of the National Energy Strategy 2050, which aims to reduce demand for energy by 40 percent, increase the contribution of clean energy to the national energy mix to 50 percent, and encourage cooperation with the private sector in related areas, he added.

During his virtual participation, representing the UAE on behalf of Suhail bin Mohammed Al Mazrouei, Minister of Energy and Infrastructure, at the 12th annual Clean Energy Ministerial (CEM) summit hosted by Chile, Al Olama called for joint international efforts to provide clean energy for all countries, noting that the UAE believes that the transformation to clean energy is a real opportunity to help solve social, environmental and economic challenges.

"In the past, our ambition was to benefit from solar energy. Now, our production is over 2 gigawatts of installed capacity, as well as an additional 4 gigawatts to be delivered within the next two years. Solar energy is the cheapest available form of energy in the UAE’s energy mix. Moreover, we have launched several projects that support the country’s plans to invest in clean energy, most notably the Barakah Nuclear Power Plant, which has four reactors capable of producing 5.6 gigawatts of clean energy," he said.

The UAE is also the home of the first commercial-scale carbon dioxide plant in the Middle East, which captures 800,000 tonnes of carbon dioxide from the iron and steel industry, he added, noting that the country aims to increase this capacity by over five times by 2030.

The UAE will continue its significant efforts to diversify its sources of energy to ensure flexibility in its energy mix, he added, affirming that it also aims to utilise hydrogen to generate energy.

The Clean Energy Ministerial (CEM) is a forum committed to accelerating a global clean energy transition. This year’s event addressed climate change challenges in the wake of the COVID-19 pandemic and the prospects for recovery.