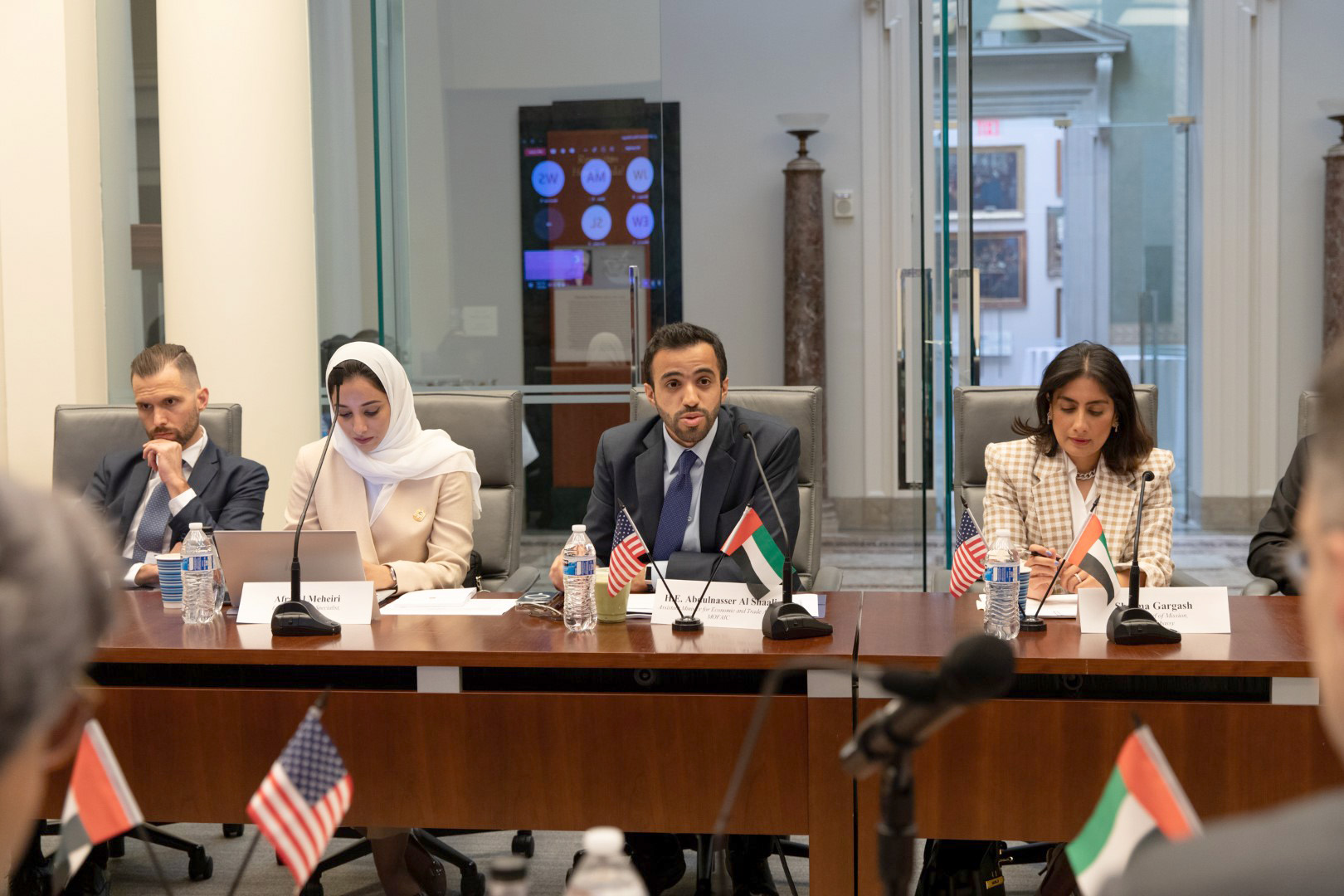 The dialogue was co-chaired by the UAE Ministry of Foreign Affairs and International Cooperation’s Assistant Minister for Economic and Trade Affairs Abdulnasser Alshaali and the US Acting Assistant Secretary of State for Economic and Business Affairs Peter Haas to further develop bilateral ties and solidify the economic partnership between the two countries.

The dialogue was opened by Ambassador Marcia Bernicat, Senior Official for Economic Growth, Energy, and the Environment, and the US Acting Assistant Secretary of State for Near Eastern Affairs Joey Hood. The Deputy Chief of Mission of the UAE Embassy to the United States Shaima Hussein Gargash also participated along with numerous officials from both governments.

During the discussions, both countries reaffirmed their desire to expand engagement and pursue new health research, space program, environmental, and commercial opportunities. Despite the challenges embodied by the current global health situation, both sides applauded the convening of the event with significant in-person participation and emphasized their shared commitment to maintain open and regular communication.

The two delegations confirmed that the US-UAE economic relationship remains close and constructive, with the UAE maintaining its position as the United States’ largest trading partner in the Middle East and North Africa for the twelfth year in a row. They highlighted a number of achievements with respect to women’s economic empowerment, cooperation on economic and social development initiatives, the effectiveness of anti-money laundering and the counter-financing of terrorism policies, improvements in intellectual property protections, and positive developments in the investment climate. They also commended the historic signing of the Abraham Accords in September 2020.

The United States and the UAE also committed to exploring new and expanding existing cooperation in a range of areas, including, climate change and the environment, global health security and health care research, space, the digital economy and emerging technologies, the prevention of financial crime, and women’s economic empowerment.

Upon conclusion of the meeting, the US and the UAE delegations reiterated their desire to work closely and collaboratively in promoting bilateral cooperation, identifying avenues for regional partnerships, and seeking new opportunities for positive engagement.

In 2012, the UAE and United States partnered to form the Economic Policy Dialogue, which serves as an annual platform for both governments to promote bilateral trade and investment and to facilitate a more cooperative business environment.