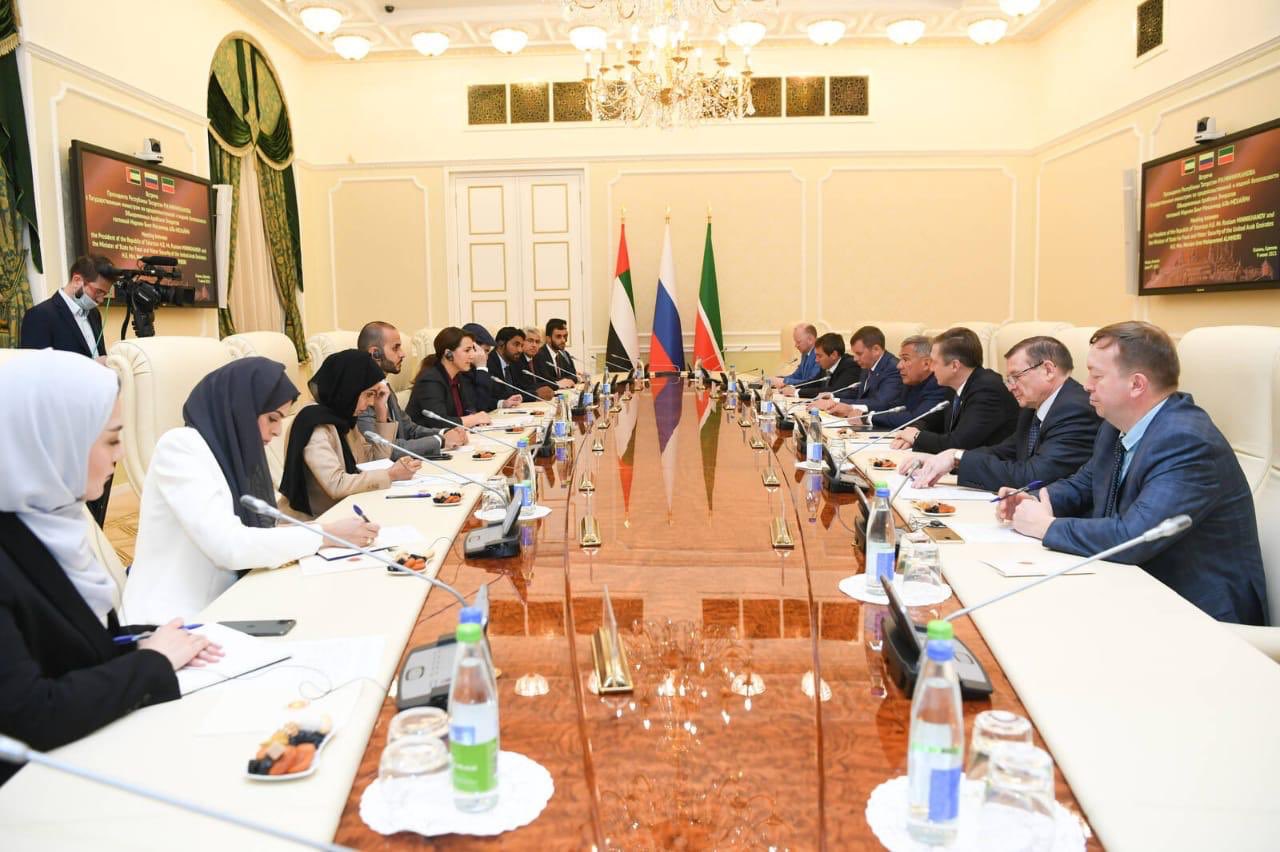 KAZAN (Tatarstan), 11th June, 2021 (WAM) -- Mariam Almheiri, UAE Minister of State for Food and Water Security, has concluded a three-day visit to Tatarstan, where she discussed potential areas of collaboration in food security with government officials and showcased the UAE’s efforts to enhance its food security by expanding its network of partnerships with various countries and international organisations.

"This was an extremely important visit, as it represented the first face-to-face meeting the UAE has had with officials from the Republic of Tatarstan to discuss the vital issue of food security for both our regions. We were delighted with the warm welcome and hospitality shown to us by the Tatarstan officials throughout our visit," Almheiri said.

"Tatarstan holds great promise for the UAE to diversify our international sources of food – a key pillar of the UAE’s National Food Security Strategy – as the republic has a growing agricultural sector that receives strong government investment and shows great potential for increasing its food exports. In turn, the UAE’s advanced AgTech sector has much to offer, particularly in the area of aquaculture and fisheries because it is a land-locked region. These and other vital food security issues were discussed during the visit," she added.

The delegation witnessed a presentation on the economic and investment potential of the Republic of Tatarstan from the Tatarstan Investment Development Agency. Following the presentation, delegation members were shown around several agro-industrial holding companies and agricultural enterprises, including RM AGRO, Agrosila, and Azbuka Syra, where they were able to see Tatarstan’s cultivation of feed, animal husbandry, and production of dairy and meat products first-hand. The day ended with a trip to a traditional Tatar settlement and farm market.

Almheiri was invited to her counterpart’s office at the Ministry of Agriculture and Food, where the delegation participated in a roundtable with Marat Zyabbarov and witnessed a presentation on the republic’s agro-industrial complex and its companies. The three-day itinerary concluded with a visit to the Ramaevskoe farm, the Kausar agricultural cooperative, and the Kazan Oil Extraction Plant, where the UAE delegation witnessed rapeseed and sunflower oil production.

Among the dignitaries who accompanied the minister during her stay was Dr. Mohammed Ahmed Al Jaber, UAE Ambassador to the Russian Federation, and Ahmed Saeed Al Ketbi, Senior Secretary and Head of the Office for Economic and Commercial Affairs in the UAE Embassy in the Russian Federation. From the Food and Water Security Office, Sumaya Al Oraifi, Office Director; Essa Al Hashmi, Office Head of Innovation and Special Projects, and Majed bin Kamal, Senior Project Manager accompanied the minister. Joining the delegation from the Ministry of Energy and Infrastructure was Mohammed Al Mulla, Director of the Water Resources Department, while the Ministry of Climate Change and Environment was represented by Amal Hassan Al Ahmadi, Head of the Agricultural Research Section, and Asma Ahmed Al Doobi, International Relations Executive.

Joining the mission from the Ministry of Economy was Samah Mohamed Al Hajeri, Director of Cooperatives and Strategic Reserve Department and Chief Innovation Officer, while representatives of the UAE’s rapidly growing aquaculture sector included CEO and owner of Fish Farm, Bader Mubarak, and consultant, Salem Almakrani.

The visit formed the first leg of a two-country tour focused on examining opportunities to enhance food trade and share knowledge and expertise in food and agricultural technology enabling the transition toward sustainable food systems.