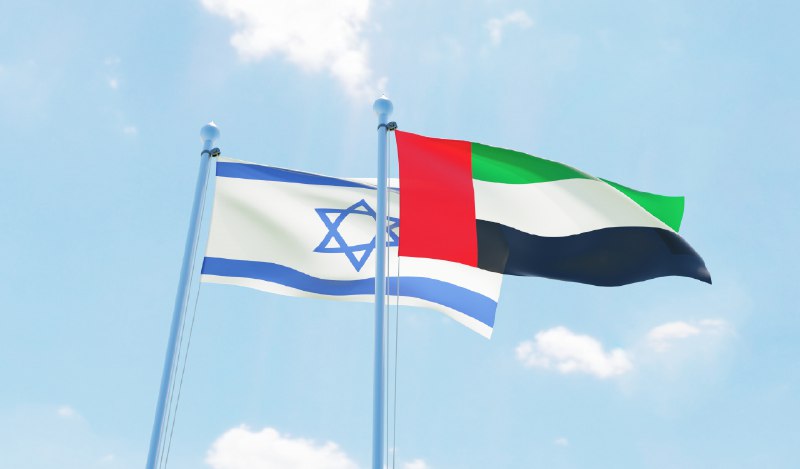 Peaceful Relations between Countries and Peoples

The Abraham Accords are a beacon of light that paves the way for other countries to join the circle of peace and will enhance stability and prosperity for both countries, as well as for the entire region.

Both sides acknowledged the significant advances made since the signing of the Abraham Accords in September 2020 and expressed their conviction that bilateral ties will be deepened, broadened, and strengthened even further soon for the benefit of both countries and the region as a whole.

Both ministers emphasised the importance of the opening of diplomatic missions in the UAE and Israel as a key component of promoting relations between the two countries.

Sharing the vision of deepening economic ties between the two countries for the benefit of both peoples, the two ministers today signed an Agreement on Economic and Trade Cooperation.

The agreement reflects the two governments' commitment to the development of economic relations and the free flow of commodities and services, as well as cooperation in the fields of exhibitions, the exchange of expertise and knowledge, the exchange of delegations, cooperation between chambers of commerce, the promotion of joint research and development, and agro technologies.

The parties agreed on establishing a joint economic committee headed by the respective Ministries of Economy of both countries and tasked with implementing the agreement to remove barriers and increase bilateral trade.

Both sides expressed that they are looking forward to signing a free trade agreement, and they have commenced discussions on this matter.

Both ministers discussed ways to further explore means to increase investments in each other's economies, infrastructure, and science and technologies, thereby bringing together the ingenuity and spirit of innovation and vision of both countries’ peoples and leaderships.

The ministers discussed the importance of deepening strategic dialogue and cooperation between the two countries to address regional challenges and seize opportunities. They agreed that close strategic dialogue would provide an effective mechanism to promote the positive force of peace in the region.

The ministers agreed to work together to promote a narrative of peace and coexistence throughout the Middle East to discourage divisiveness, aggression and conflict.

Building on the spirit and vision of the Abraham Accords, and believing in the common goal of bringing prosperity not only to their countries but also to the entire region, both ministers discussed opportunities including multilateral cooperation to share the fruits of peace with the peoples of the Middle East.

Recognising the global challenges presented by COVID-19, both in health and economy, as well as other areas, the two ministers agreed that international cooperation is a key factor to overcome the crisis.

The parties decided to work together towards enabling quarantine-free travel between the two countries for those fully vaccinated against COVID-19, whilst ensuring public health and safety. Both sides will work towards formulating a mutually acceptable mechanism to be implemented as soon as possible.

Both ministers expressed their belief that a successful effort to control the spread of the COVID-19 pandemic will expedite their efforts in this respect.