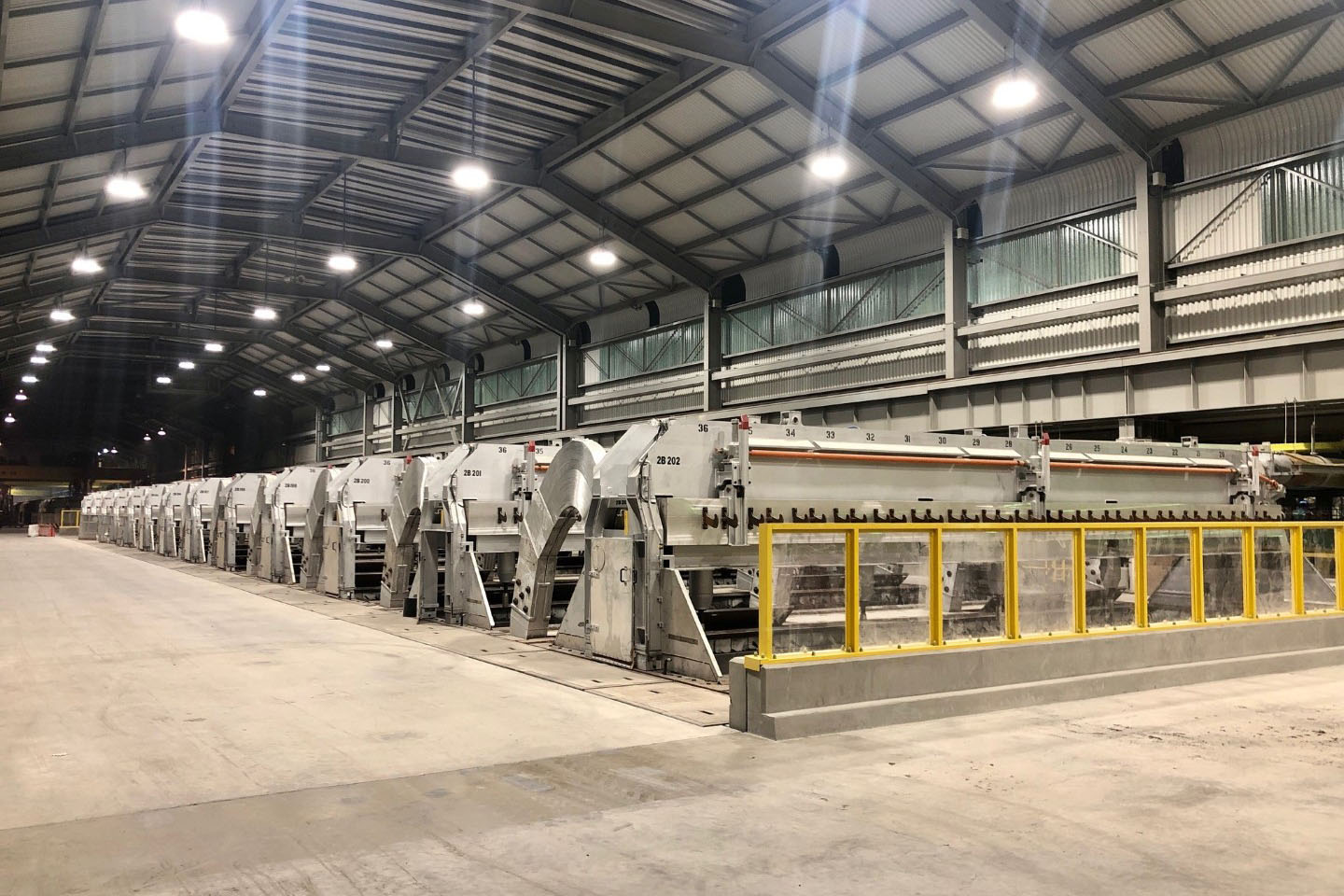 ABU DHABI, 13th July, 2021 (WAM) -- Emirates Global Aluminium (EGA), the largest industrial company in the United Arab Emirates outside oil and gas, today announced the start-up of the second phase of its expansion to Al Taweelah smelter in Abu Dhabi.

The expansion adds 26 new reduction cells to Potline 2, boosting production capacity by over 30,000 tonnes of hot metal per year.

The full expansion of 66 new reduction cells will increase EGA’s production capacity by some 78,000 tonnes of hot metal per year. Despite COVID-19, the work has progressed ahead of schedule with the full project now some 80 per cent complete.

Some 950 people are working on the Al Taweelah smelter expansion project, achieving a world-class safety performance with zero lost time injuries in over 2.7-million hours of work completed so far.

EGA Chief Executive Officer, Abdulnasser Bin Kalban, said: "We have been working throughout COVID-19 on this expansion to Al Taweelah smelter, which is now starting production as the world increasingly needs aluminium to build back better. As always, our first priority is the safety of each person working on this project and I congratulate the team on their safety performance. We look forward to the start-up of the remaining reduction cells later this year."

EGA has developed its own technology in the UAE for more than 25 years, and in 2016 became the first UAE industrial company to license its core-process technology internationally, to Aluminium Bahrain.

In November 2020, EGA signed an agreement with NEO Aluminio Colombia that could lead to the licensing of its DX+ Ultra for the development of the South American country’s first aluminium production facility.

EGA’s aluminium is the biggest UAE export after oil and gas, with the company last year selling some 2.52 million tonnes of cast metal. EGA also supplies all the UAE’s primary aluminium needs, with sales to local customers supporting a domestic aluminium sector that produces everything from car parts to electricity transmission cables.

The aluminium sector as a whole is one of the UAE’s largest industries, accounting for 1.4 per cent of the economy and supporting 60,000 UAE jobs.