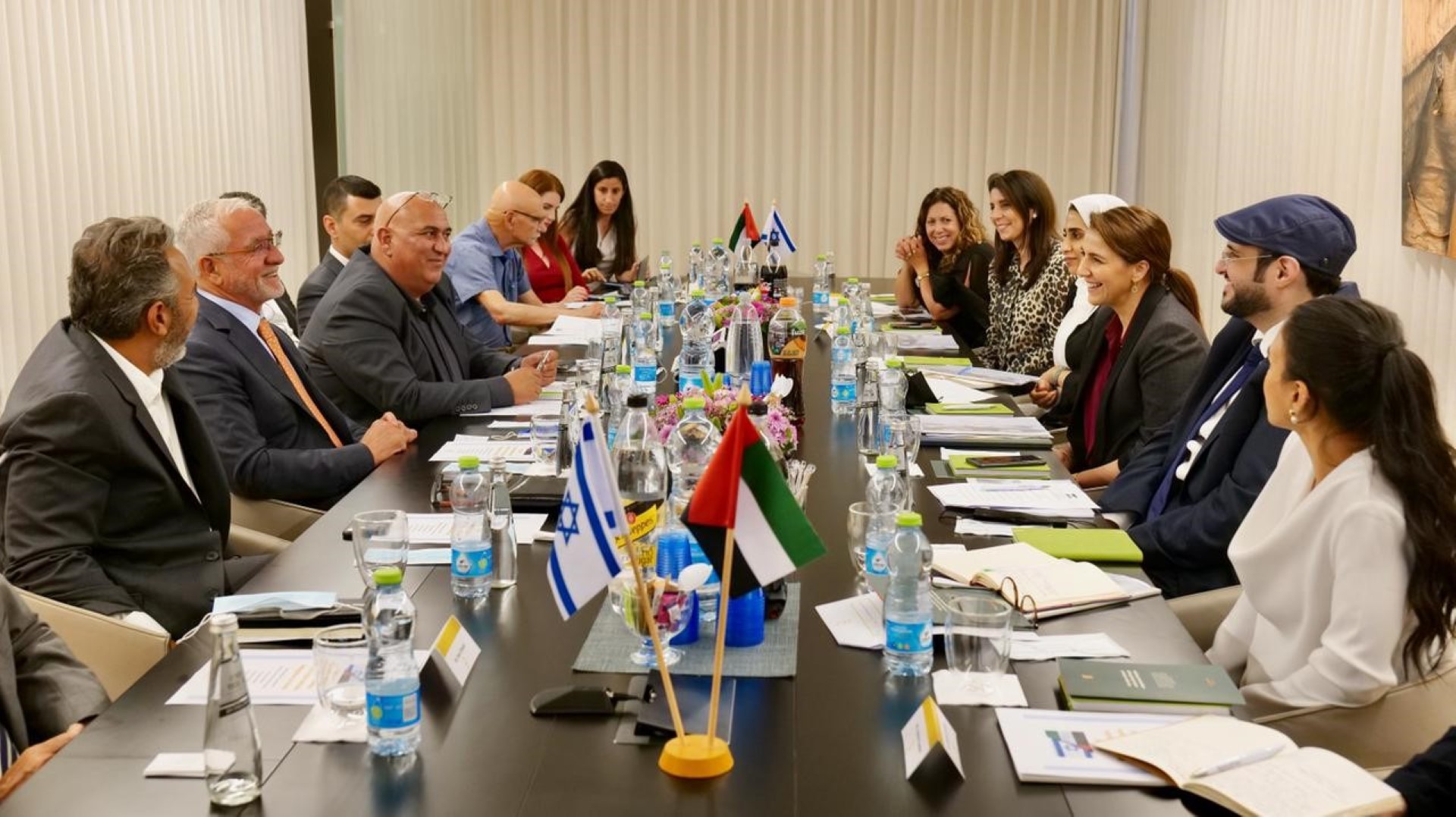 DUBAI, 17th July, 2021 (WAM) -- The sharing of knowledge and expertise in agricultural and water technologies were top of the agenda during the visit of Mariam Hareb Almheiri, Minister of State for Food Security, to Israel, with the trip aligned with the historic opening of the UAE embassy in Tel Aviv.

The visit, which Almheiri and her colleagues from the Food and Water Security Office made between13th and 16th July 2021, aimed to kick start strategic cooperation in the vital areas of food and water security, with Israel and the UAE sharing numerous synergies in these fields. Both countries are highly developed, technologically advanced, and share the same challenges in ensuring their populations have ready access to adequate amounts of nutritious food and water.

"One of the main pillars of the UAE’s National Food Security Strategy 2051 is to increase the UAE’s use of technology across its entire food value chain, while a second is to expand our international sources of food. With the formalising of official relations between our two countries and the opening of a UAE embassy in Tel Aviv, the UAE now has a fantastic opportunity to add value to both of these key pillars. We are excited about partnering with Israel and sharing our respective strengths in food security to mutual benefit," said Almheiri.

"Israel has one of the best startup ecosystems in the world and with the AgTech sector dominated by innovation, the UAE is particularly keen to explore collaboration in this area. Similarly, we have much we can offer by way of reciprocation. For example, our recently launched Food Tech Valley that aims to become a hub for AgTech can host both emerging and established Israeli companies that are pioneering vital initiatives that include controlled environment agriculture, seed treatment, precise irrigation, solar energy and desalination. In short, we believe that partnering with Israel will be a significant boost to the UAE’s National Food Security Strategy 2051, which aims to see the UAE as a world-leading hub of innovation food security within the next three decades," she added.

Almheiri signed a Memorandum of Understanding (MoU) with the Israeli Minister of Agriculture, Oded Forer, that aims to enhance cooperation in food security between the two countries in the areas of food production, food supply chains and research and innovations.

She also signed a second MoU with Tamar Zandberg, Israeli Minister of Environmental Protection, aimed at sharing knowledge and expertise, as well as joining research efforts for the mitigation of climate change implications and ensuring biodiversity and ecosystem conservation.

During her visit, Almheiri met Karine Elharrar, Israel's Minister of National Infrastructures, Energy and Water Resources, and Issawi Frej, Israel's Minister of Regional Cooperation, to discuss areas of mutual interest that would benefit both the UAE and Israel. Almheiri’s visit also saw her undertake business meetings with CEOs of relevant companies including Agricora, and receive a number of presentations on the food sector in Israel and the various companies operating within it.

Moreover, during her visit, Almheiri attended the historic opening event of the UAE embassy in Tel Aviv. Following the event, she went on to visit the Faculties of Agriculture at the Hebrew University, which was followed by an excursion to Ben Gurion University, where she attended the opening of the Moshe Mirilashvili Centre for Food Security in the Desert at Ben Gurion University in collaboration with Watergen. She then visited the Volcani Centre for Agricultural Research, after which she was taken to Mitrelli Group to meet with its President and CEO, Haim Taib, along with representatives of a number of Israeli agriculture and water technology companies to discuss the latest advances they are making in food and water security.

On the final day of the visit, Almheiri travelled to the Arava Desert, where she met with the students and staff at the Adam V’Adama school. Later, she met with Meir Tsur, Mayor of Arava, and the central Arava agriculture manager, and took a tour of the Arava R&D centre, a leading scientific research and development centre that aims to develop and advance new materials, raise the quality of produce, find new crops and open new markets.