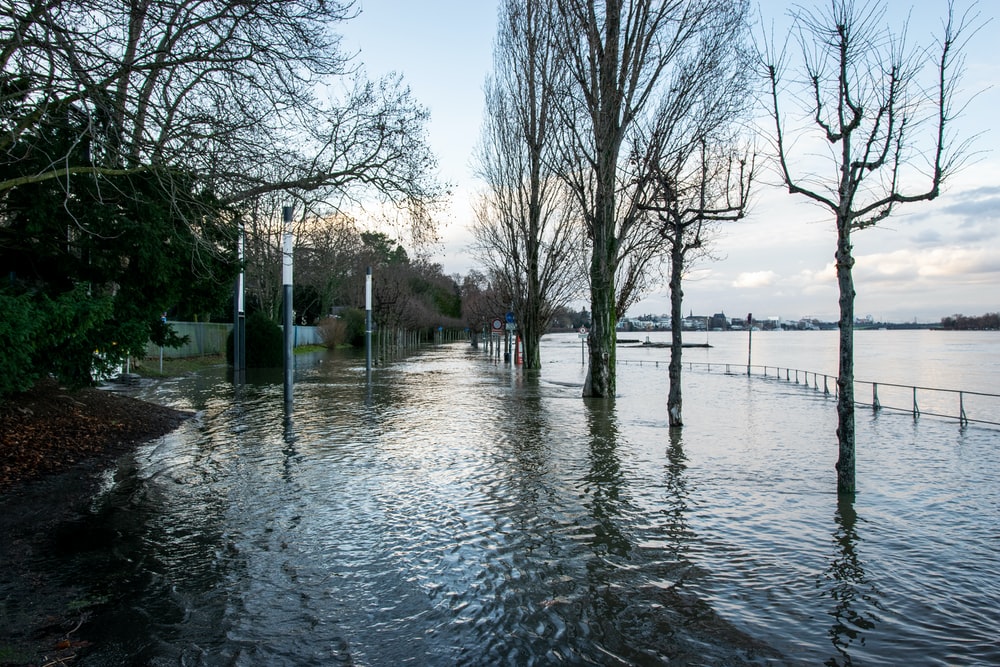 GENEVA, 17th July, 2021 (WAM) -- Heavy rainfall that has triggered deadly and catastrophic flooding in several western European countries, is just the latest indicator that all nations need to do more to hold back climate change-induced disasters, the World Meteorological Organisation (WMO) said.

The agency said that countries including Belgium, Germany, Luxembourg and the Netherlands had received up to two months’ rain in two days from 14 to 15 July, on ground that was "already near saturation."

Photos taken at the scene of some of the worst water surges and landslides show huge, gaping holes where earth and buildings had stood until mid-week, after media reports pointed to well over 100 confirmed fatalities in Germany and Belgium on Friday morning, with an unknown number still missing across vast areas.

"We’ve seen images of houses being swept away, it’s really, really devastating," said WMO spokesperson Clare Nullis adding that that the disaster had overwhelmed some of the prevention measures put in place by the affected developed countries.

In a statement issued by his Spokesperson, the UN Secretary-General António Guterres, said he was saddened by the loss of life and destruction of property. "He extends his condolences and solidarity to the families of the victims and to the Governments and people of the affected countries."

The UN chief said the UN stood ready to contribute to ongoing rescue and assistance efforts, if necessary.

"Europe on the whole is prepared, but you know, when you get extreme events, such as what we’ve seen - two months’ worth of rainfall in two days - it’s very, very difficult to cope," added Ms. Nullis, before describing scenes of "utter devastation" in Germany’s southwestern Rhineland-Palatinate state, which is bordered by France, Belgium and Luxembourg.

The highest flood warning is in place at popular tourist and camping locations including lakes Biel, Thun and the Vierwaldstattersee, with alerts also in place for Lake Brienz, the Rhine near Basel, and Lake Zurich.

In contrast to the wet conditions, parts of Scandinavia continue to endure scorching temperatures, while smoke plumes from Siberia have affected air quality across the international dateline in Alaska. Unprecedented heat in western north America has also triggered devastating wildfires in recent weeks.

"Certainly, when you see the images we’ve seen in Germany, Belgium and the Netherlands this week it’s shocking, but under climate change scenarios, we are going to see more extreme events in particular extreme heat," the WMO official added.

Concerns persist about rising sea temperatures in high northern latitudes, too, Ms. Nullis said, describing the Gulf of Finland in the Baltic Sea at a "record" high, "up to 26.6C on 14 July", making it the warmest recorded water temperature since records began some 20 years ago.

Echoing a call by UN Secretary-General António Guterres to all countries to do more to avoid a climate catastrophe linked to rising emissions and temperatures, Ms. Nullis urged action, ahead of this year’s UN climate conference, known as COP26, in Glasgow, in November.

"We need to step up climate action, we need to step up the level of ambition; we’re not doing nearly enough to stay within the targets of the Paris Agreement (on Climate Change) and keep temperatures below two degrees Celsius, even 1.5C, by the end of this century."