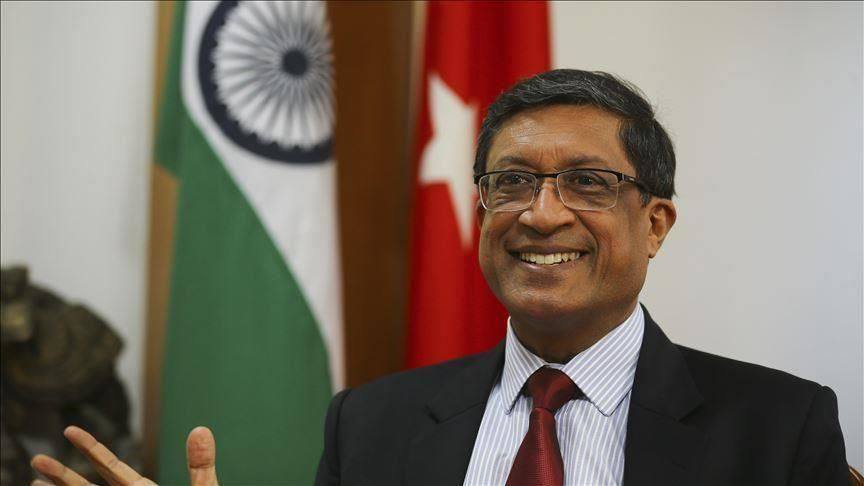 NEW DELHI, 15th September, 2021 (WAM) -- India’s top diplomat dealing with the Gulf has said that "a new era is on the horizon" in migration and mobility of Indians to and within the GCC, following enhanced skilling and new government-to-government agreements.

Speaking at LEADS 2021, a two-day global thought leadership platform here to reimagine business, Sanjay Bhattacharyya, Secretary in charge of the Gulf, overseas Indians and consular affairs in the Ministry of External Affairs, said the UAE has become a model of "transparency of information and security of the terms of employment."

He said, "the integration of online migration platforms, which began with UAE and Saudi Arabia was later extended to other GCC countries. A new thrust was needed in skilling, involving not only government but also the private sector. Skill mapping and skill matching could be captured on migration platforms to leverage advantages for our workers in a changing environment."

Bhattacharyya pointed out that following the information revolution worldwide, it was noticed that there was an increase in demand in the Gulf for certain skills, especially in health, logistics, information technology and new industries. "Moreover, high-tech and data services saw a boom, helping them rise up the value chain. Stakeholder consultations were enhanced for agility and efficiency to provide the right person at the right time to the right place."

He added that following the COVID-19 pandemic, migration and mobility had to adjust to the new normal. The senior official expressed satisfaction that through all this, Indian workers remained a preferred choice in the Gulf and Indians too found the GCC a "comfortable terrain. "The migration ecosystem of the future will be dynamic and we will have to coordinate policies with the Gulf region and new destinations."

Bhattacharyya’s remarks acquire special significance because a new emigration bill is to be debated and approved in India’s parliament soon. "It will provide a simplified structure for transparent and dynamic interplay of all stakeholders," he said.

This is the second year of LEADS, which is an acronym for Leadership, Excellence, Adaptability, Diversity, Sustainability. LEADS is organised by the Federation of Indian Chambers of Commerce and Industry (FICCI), a leading representative organisation of trade and manufacturing.