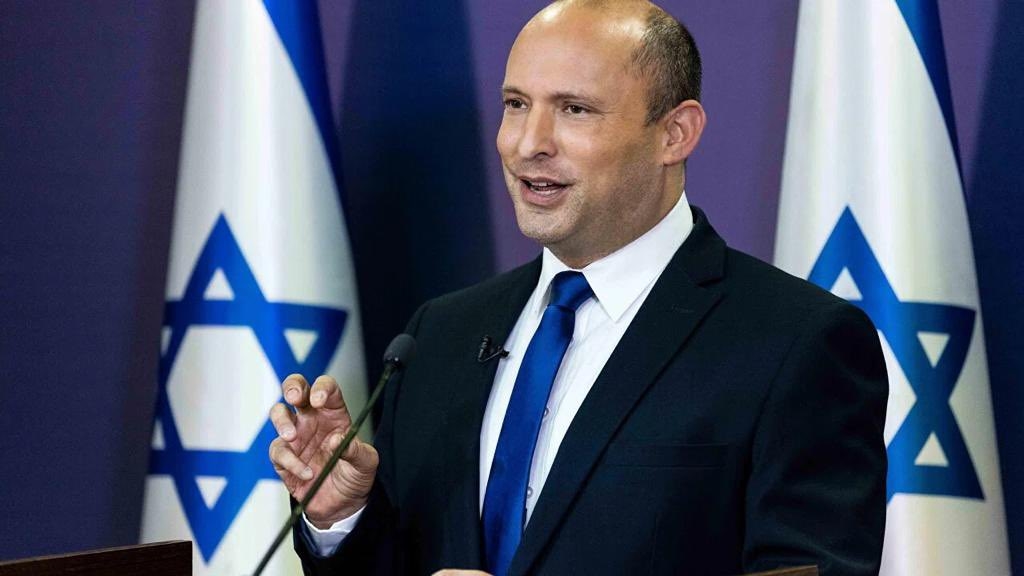 ABU DHABI, 13th December, 2021 (WAM) -- Prime Minister of Israel Naftali Bennett has affirmed that the Abraham Accords Peace Agreement established a "new, deep and solid structure for diplomatic, economic and cultural relations" in this region based on cooperation that achieves prosperity for the societies and well-being of the people.

In an exclusive interview with Mohammed Jalal Al Rayssi, Director-General of the Emirates News Agency (WAM), during his visit to the UAE today, Bennett said, "In my opinion, this is what the peace and the new reality this region is witnessing, and we are working together to ensure a better future for our children."

On the outcomes of the Abraham Accords Peace Agreement between the UAE and the State of Israel on achieving growth and economic partnership, Bennett said, "The relations between the two countries have strengthened in all fields, and I am very satisfied with that, as many cooperation agreements were concluded in the fields of trade, research and development, and cyber security, health, education, aviation and more, and I look forward to the continued development and consolidation of relations."

The Israeli Prime Minister expressed his pleasure at accepting the invitation of His Highness Sheikh Mohamed bin Zayed Al Nahyan, Crown Prince of Abu Dhabi and Deputy Supreme Commander of the Armed Forces, to visit the UAE, which is the first visit within a very short period after the signing of the Abraham Accords Peace Agreement.

On the UAE's efforts to enhance international cooperation for facing common challenges, the Israeli Prime Minister stressed, "the values of tolerance, peace and dialogue are common, and that is why the friendship that unites us developed at such a high speed."

Bennett said that the relations that bind the State of Israel with the United Arab Emirates cover every possible field, pointing out that ministries in the two countries work with each other, as well as many companies and businessmen, and delegations from both sides pay reciprocal visits.

He added, "I expect that our relations will remain good, especially in the economic field. In my opinion, cooperation in the field of health and food security will constitute a major part of the mutual cooperation."

On the volume of trade exchange between the UAE and Israel, the Israeli Prime Minister said, "The volume of mutual trade has expedited within a few months with limitless future opportunities to develop it. Israel, like the UAE, is a regional hub for trade. Our cooperation provides unprecedented economic opportunities not only for us, but for more countries, which is another element for enhancing stability and prosperity in this region."

In response to a question about Israel's participation in Expo 2020 Dubai via a pavilion under the slogan "Towards Tomorrow", Bennett said, "The Israeli pavilion at Expo 2020 in Dubai embodies an optimistic outlook for tomorrow and a boundless quest to make it better, not only for us, but for our friends and allies all over the world in various fields, and this is a fundamental value of Judaism."

The Israeli Prime Minister concluded, "The message that I wish to deliver to the UAE leaders and Emirati citizens is that mutual partnership and friendship are natural. We are neighbours and cousins. We are the grandchildren of Prophet Abraham. The period since the signing of the Abraham Peace Accords "is the best evidence that developing bilateral relations is a precious treasure for us and the entire region."