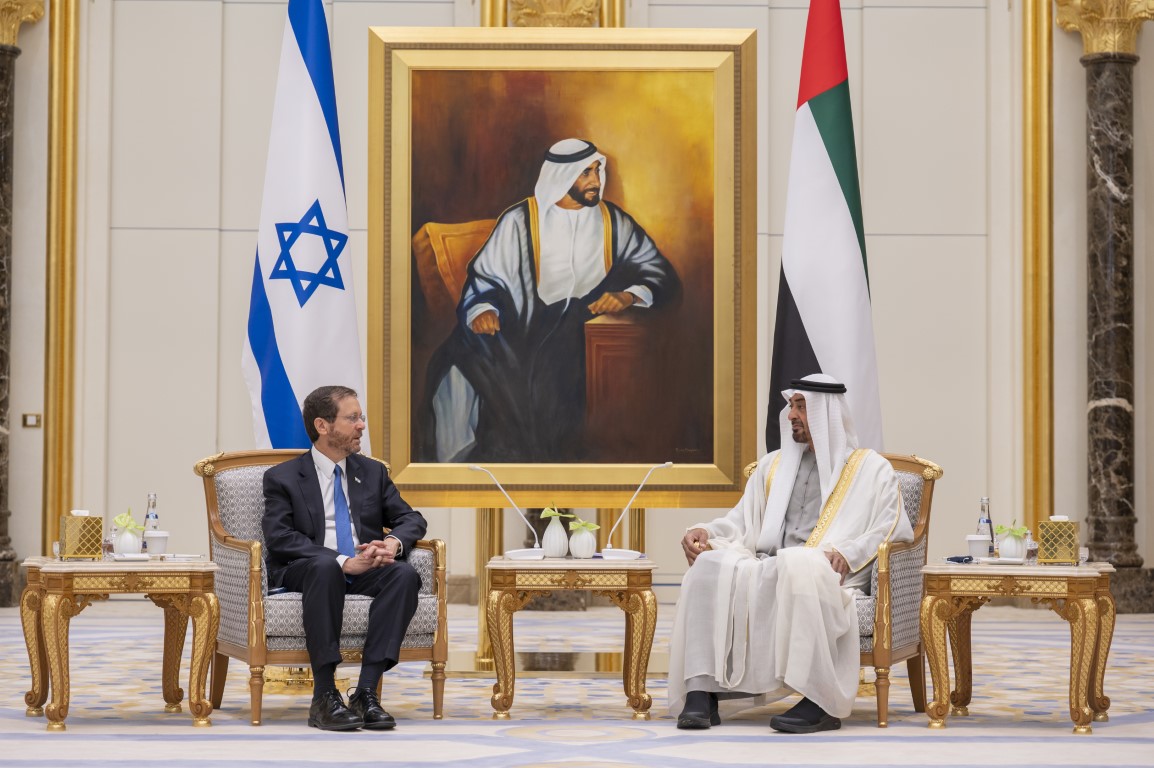 An official reception was held for Herzog on his arrival at the Qasr Al Watan, where His Highness Sheikh Mohamed escorted him to the podium, and the national anthems of the two countries were played, while 21 rounds of artillery were fired to welcome his visit.

The Israeli president is accompanied by a delegation including a number of senior officials and Ambassador of Israel to UAE, Amir Hayek.