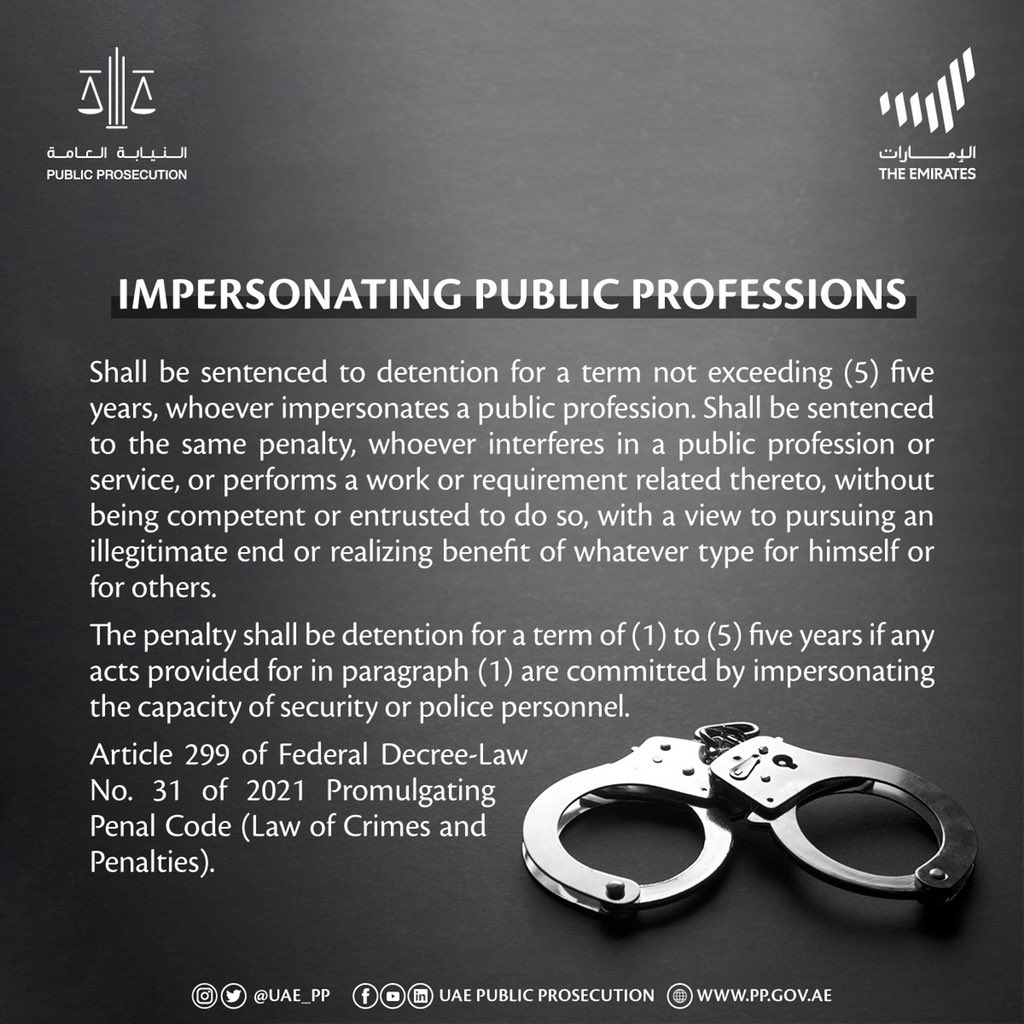 The Public Prosecution noted that according to Article 299 of Federal Decree Law No. 31 for 2021, anyone impersonating public servants will be imprisoned for five years, and the same penalty applies to persons interfering with a public office or service or performing a function or duty without being competent or responsible, to perform an illegal activity or obtain an advantage of any kind.

If the aforementioned crimes involve impersonating a police officer or personnel, the detention period will be no less than one year and not more than five years.

The Public Prosecution published this information as part of its ongoing efforts to promote the legal culture among community members and raise the public's awareness about the law.