Analysis: A new nation is born 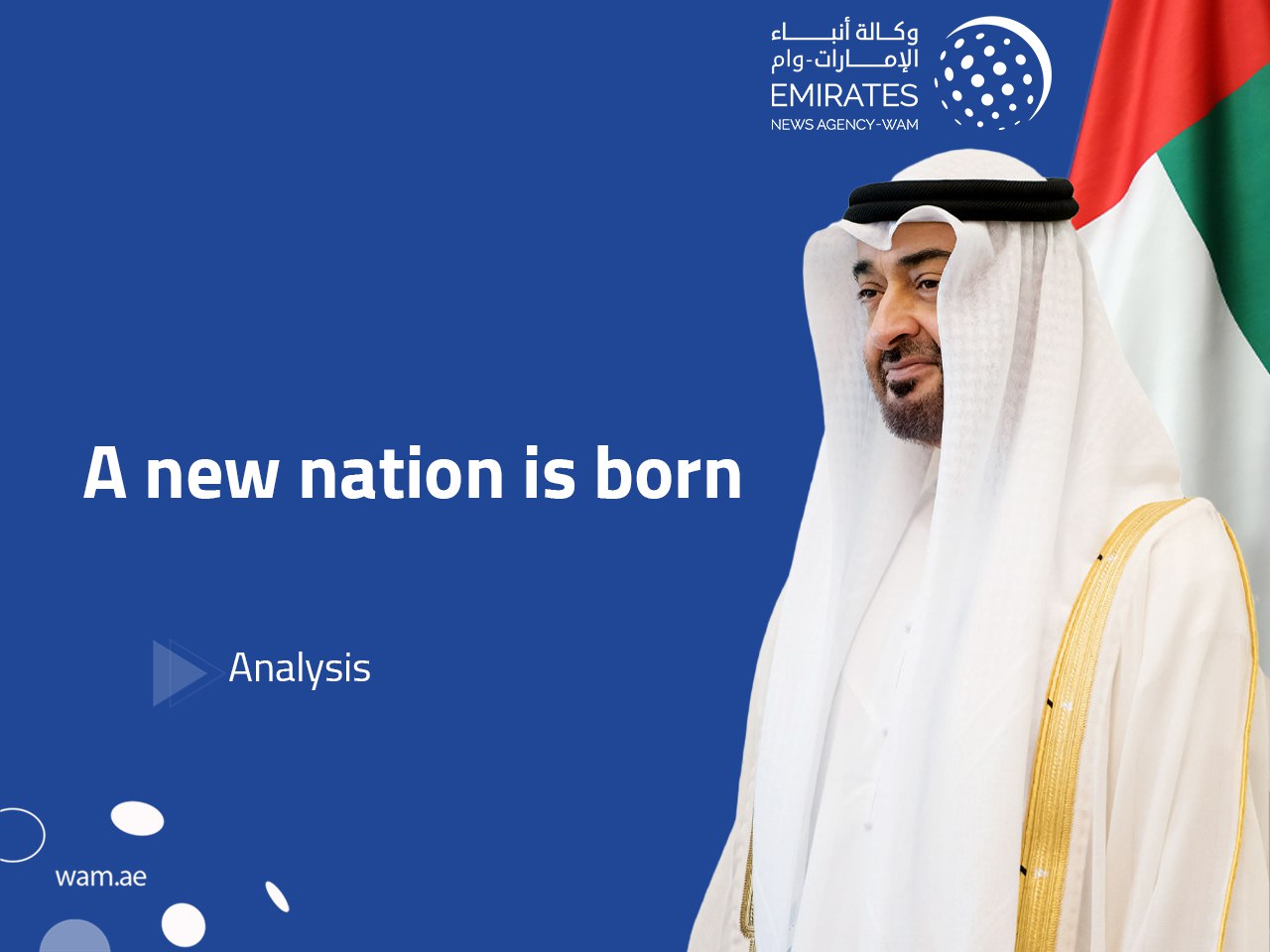 ABU DHABI, 14th May, 2022 (WAM) -- The unanimous election of His Highness Sheikh Mohamed bin Zayed Al Nahyan as the President of the UAE reaffirms that the nation is determined to continue an ambitious, future-oriented approach with specific, well-thought-out objectives, wherein the torch is passed across generations to enable ushering in new phases, including a knowledge-based economy.

The UAE has established, across the foundation and empowerment phases, its position as an economic, investment oasis offering promising opportunities to the business community, and topping competitiveness indexes, driven by a proactive foreign policy that helped position the nation as a leading financial and logistic hub in the region.

Today, with His Highness Sheikh Mohamed becoming President, the UAE leadership will launch a new phase described by His Highness Sheikh Mohammed bin Rashid Al Maktoum, Vice President, Prime Minister and Ruler of Dubai, as a new birth for the country: "Today, his assumption of the responsibility of the presidency represents a new historical era and a new birth. We look forward to the acceleration of development aimed at consolidating the global sovereignty and pioneering of the Emirates."

This phase will build on past achievements, while continuing to diversify our economy, boost its sustainability, reduce reliance on oil and build active and balanced foreign relations that help achieve the UAE's strategic objectives, launching it into the prosperity phase, which is built around viewing citizens as the true treasure and measure of the country's progress.

This new era is launched based on solid foundations developed through years of hard work, experience and dedication to reach a day where the UAE celebrates exporting the last oil barrel.

His Highness' election came as a continuation of a blessed, fast-paced journey to the heights of glory, especially as Sheikh Mohamed has lived through the two past phases serving alongside a forward-looking leader, and inherited the wisdom of the late Founding Father, Sheikh Zayed bin Sultan Al Nahyan, while serving as a supporter of the late Sheikh Khalifa. Our flag will continue to fly high across all fronts.