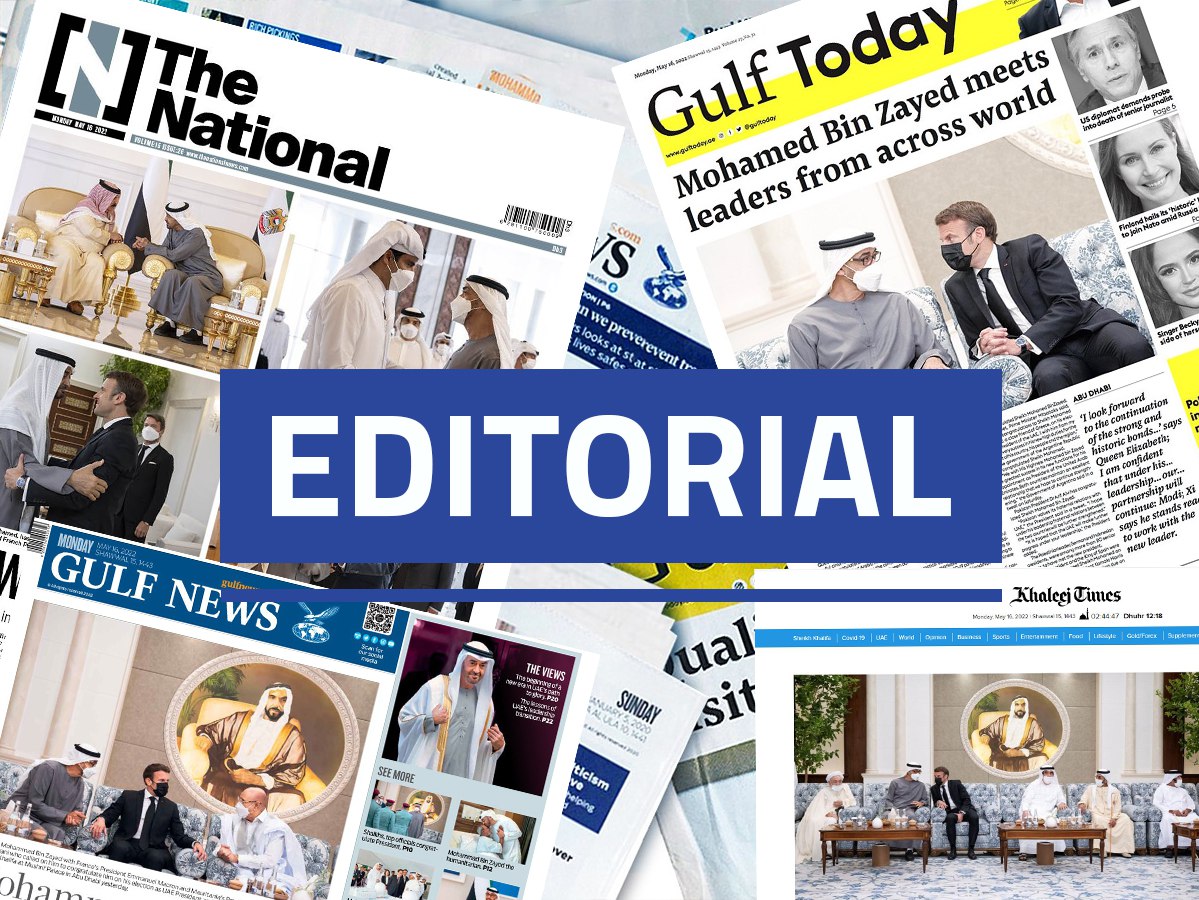 ABU DHABI, 16th May, 2022 (WAM) -- A local English-language newspaper has said that smooth transition of power a guarantee of continued growth and wellbeing of the UAE, adding that the passing of Sheikh Khalifa bin Zayed Al Nahyan "is a matter of great loss to us all".

In an editorial on Monday, Gulf News said, "But people in the UAE, while pained by the void, have displayed fortitude. With the election of His Highness Sheikh Mohamed bin Zayed Al Nahyan, Ruler of Abu Dhabi, as the President of the UAE - the sense of contentment and hope continues."

Decades ago when the founding fathers met to set down the principles that underpin this nation, they did so in the belief that it would be a country that would continue to prosper and grow with each passing day, the daily added.

The transition in leadership is confirmed through Article 51 of the Constitution of the UAE with the Federal Supreme Council unanimously electing His Highness Sheikh Mohamed bin Zayed Al Nahyan as President.

The smooth transition was seen as a guarantee by the people of the continued wellbeing, growth and prosperity of the nation.

Sheikh Mohamed as President gives confidence to one and all that continuity and safety is assured.

The paper continued, "During these days of national mourning, we should reflect on the wonderful legacy of Sheikh Khalifa, a visionary who ensured this nation would thrive and prosper, just as the founding fathers did when they met at Union House five decades ago.

"For the people of the UAE, there has always been a confidence that this nation’s march of peace and prosperity is unstoppable.

"With the election of His Highness Sheikh Mohamed as President, we can see that path clearly as it reaches forward in the future with confidence and security."

The UAE has already proven itself to be a beacon of hope, helping others when calamity strikes, strong and united in embracing the future with confidence.

The Dubai-based daily concluded by saying, "As citizens and residents of the UAE we can look forward to continuity on that path with Sheikh Mohamed, just as we did under the late Sheikh Khalifa."