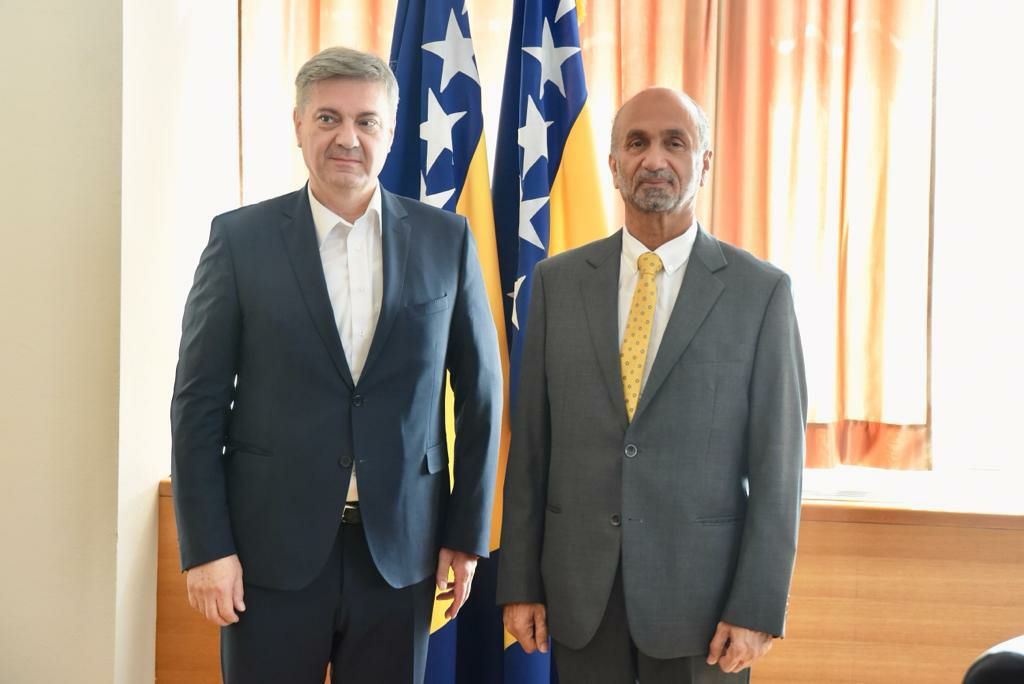 Al Jarwan and a delegation from the International Parliament for Tolerance and Peace held several meetings with Denis Zvizdic, Speaker of the House of Representatives of Bosnia and Herzegovina; Edin Forto, Prime Minister of Sarajevo; Adnan Steta; Minister of Transport of Sarajevo; Naida Hota Muminovic, Minister of Primary and Secondary Education; and others.

The meeting exchanged expertise to promote tolerance and peace in Bosnia, the Balkans and the entire world.

Al Jarwan discussed with Zvizdic the launch of a peace park project in Sarajevo and delivered a speech before members of the International Parliament for Tolerance and Peace, urging them to support the peace processes in the region.

The Balkans group of the International Parliament for Tolerance and Peace decided to include activities related to tolerance and peace in its parliamentary agenda, and help achieve objectives related to peace and tolerance in the region.