Sharjah Prize for Arab Culture celebrates its winners in Paris 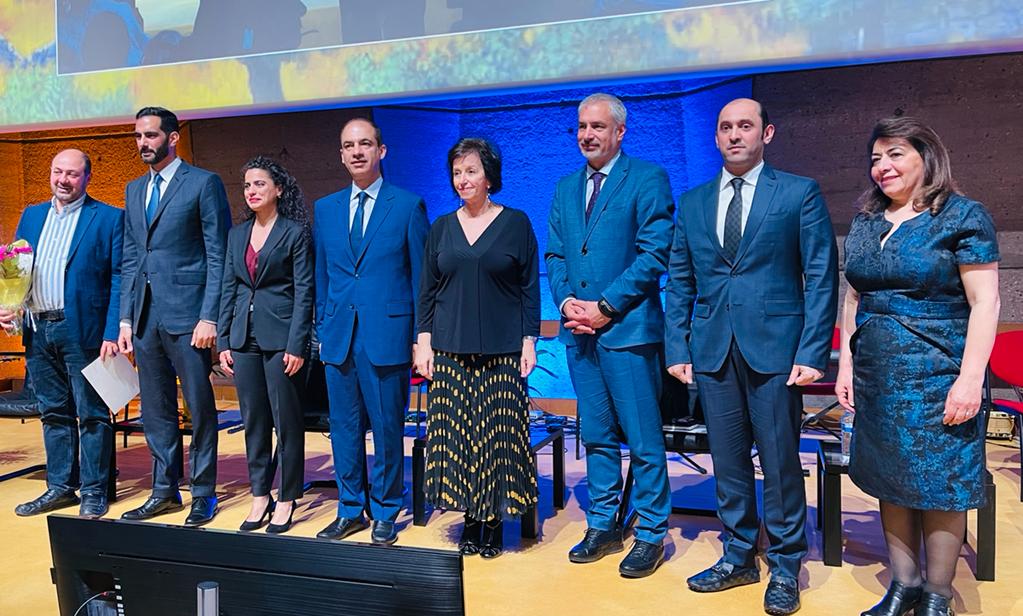 SHARJAH, 31st May, 2022 (WAM) -- The United Nations Educational, Scientific and Cultural Organisation (UNESCO) headquarters in Paris held a ceremony for the 18th edition of the Sharjah Prize for Arab Culture (SPAC), organised by the Sharjah Department of Culture in cooperation with UNESCO.

The Prize has been awarded to Dunya Mikhail, an American-Iraqi poet, and Helen Al Janabi, a Swedish actress of Syrian-Iraqi origin.

Sheikh Salem Khalid Abdullah Al Qasimi, Deputy Secretary of State for Heritage and Arts Sector, UAE's Permanent Representative to the UNESCO, along with Professor Mohammed Ibrahim Al Qaseer, Director of Cultural Affairs at the Department, in addition to dignitaries, writers, intellectuals and members of the diplomatic corps accredited to the United Nations.

Sheikh Salem stated that the prize proved its importance and success in carrying out to achieve the visions of the Ruler of Sharjah, which aims to support Arab culture and enhance its status, praising the cooperation with the UNESCO.

Ernesto Otuni Ramirez, UNESCO’s Assistant Director-General for Culture, gave a speech in which he expressed his gratitude and appreciation to H.H. Dr. Sheikh Sultan bin Muhammad Al Qasimi, Supreme Council Member and Ruler of Sharjah, and for his cultural and humanitarian renaissance role at the local, regional and global levels.

Afterward, Abdullah bin Muhammad Al Owais, Chairman of the Sharjah Department of Culture, gave a speech in which he expressed his happiness at the continuation of the UNESCO-Sharjah Prize for Arab Culture editions, appreciating the role of UNESCO in managing the prize and sponsoring many cultural programmes.

Al Owais and Ernesto Ramirez awarded the 18th Sharjah Prize for Arab Culture to Dunya Mikhail and Helen Al Janabi, in addition to honouring the winners of the 17th session.