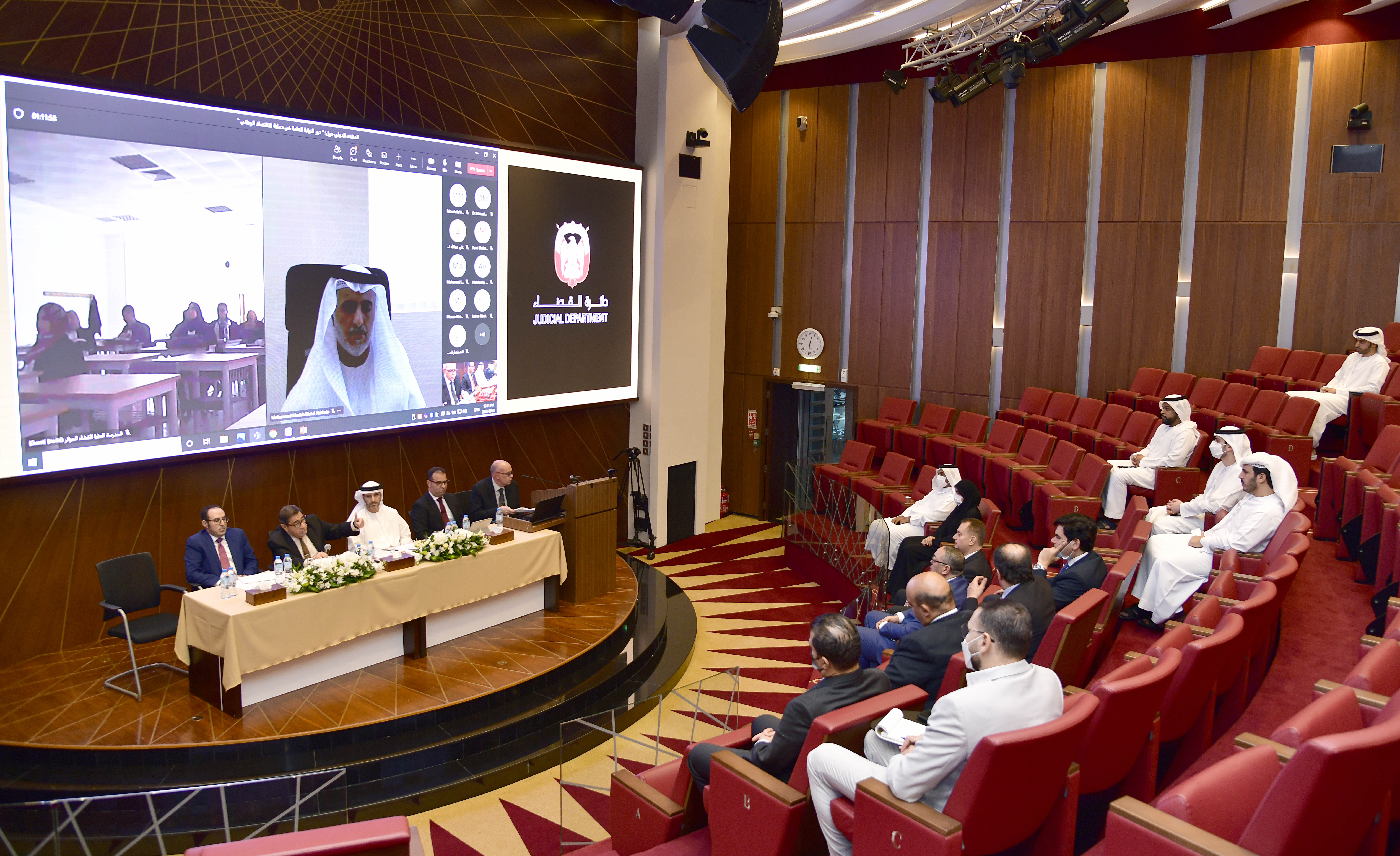 ABU DHABI, 6th July, 2022 (WAM) -- The Abu Dhabi Judicial Department (ADJD) organised an international forum on the "Role of Public Prosecution in Protecting National Economy", to highlight the contribution of the Public Prosecution in securing a safe and attractive environment for stability and economic development in various sectors.

The forum was held on the directives of H.H. Sheikh Mansour bin Zayed Al Nahyan, Deputy Prime Minister, Minister of the Presidential Court, and Chairman of Abu Dhabi Judicial Department, to establish a judicial system that supports the process of sustainable economic development.

In his speech at the forum, Counsellor Ali Al Shaer Al Dhaheri, Director of the Judicial Inspection Division at the ADJD, stressed the importance and the crucial and positive role of the Public Prosecution in protecting the national economy, as a prominent pillar of public rights protection. He noted that the forum is part of a series of similar events organised by the ADJD, through the Abu Dhabi Judicial Academy (ADJA) and contributes to improving the UAE's competitive position.

Hassan Al Hammadi, Director of the Public Prosecution Administration in Abu Dhabi, who moderated the forum, explained that the Public Prosecution acts on behalf of society and is considered to be the representative of the rights of the community. As such, he said, it seeks to protect the interests and assure the security and stability of all members of society and investors, to gain their trust and confidence, and keep pace with the progress and economic growth the country is experiencing, to protect the national economy.

He stressed that the UAE, which attaches great importance to combating financial and economic crimes, is keen to adhere to international conventions and adopts laws, decisions, regulations and systems that support the country's financial and judicial institutions, in addition to adopting many initiatives that contribute to protecting the national economy and boosting its development amidst the global challenges generated by the "COVID-19" pandemic and the global crises.

Judge Dr. Abdelmageed Mahmoud, Head of the Technical Office of the Judicial Inspection Division at the ADJD, underlined the importance of preserving the economic activity of the country, and the effects of the measures taken by the Public Prosecution on economic activities. He also tackled the impact created by the publication of judicial decisions with the names of companies in newspapers, stressing the need for members of the Public Prosecution to fulfil their role as representatives of the law and ensure its enforcement.

Dr. Ahmad Abdelzaher, Legal Advisor at the Technical Office of the Under-Secretary of the Judicial Department, provided practical examples of investigating minor crimes against companies, the consequences of publishing court decisions where the names of companies are clearly mentioned, the alternative procedures of pre-trial detention in cases of crimes against companies, and the positive practices of investigating crimes of commercial fraud. Dr. Abdelzaher also highlighted the role of the Public Prosecution in relation to public defamation of products, checking rumours about products and false fatwas banning certain goods and products, and the resulting damage to the national economy.

Dr. Adil Elachabi, Director of the Enforcement Division, spoke about the need to provide practical support to the role of the Public Prosecutor's Office in lodging applications and proceedings for bankruptcy cases and support its role in voicing a frank opinion and expressing the public interest from its point of view. He also stressed the importance of creating a specialised prosecution service for commercial and bankruptcy cases.