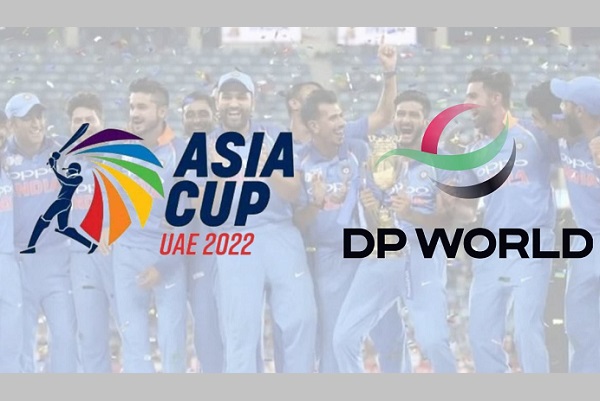 DUBAI, 25th August, 2022 (WAM) -- E-Vision, the entertainment streaming division of e& life (part of e&), today announced that it has acquired exclusive broadcast and media rights for the upcoming and highly anticipated DP World Asia Cup to be shown only on the CricLife MAX channel in the MENA region.

After four years and following a pandemic, the Asian Cricket Council’s 2022 edition of the Men’s Asia Cup returns with UAE as the host. It is a six-team tournament that will be held between 27th August and 11th September. India, Pakistan, Sri Lanka, Bangladesh and Afghanistan are the confirmed teams, while Hong Kong qualified for the sixth spot after winning all their three matches in the qualifiers, beating UAE, Kuwait and Singapore.

Cricket fans in the UAE can get all the action exclusively on CricLife MAX channel on eLife TV, Switch TV and in MENA via the new Sports bundle available on the STARZPLAY app.

Olivier Bramly, CEO, E-Vision, said, "We are excited to bring the DP World Asia Cup 2022 to all viewers on CricLife MAX after a four-year, pandemic hiatus. We have always been committed to delivering the best in sports and entertainment from local and international content providers. Avid cricket fans will be able to enjoy the games on our broadcast as well as digital platforms, giving them the flexibility to watch from anywhere and at any time."

CricLife channels are a one-stop for cricket that are currently available on Asiana and Sports packages on eLife and the OTT packages of Switch TV and STARZPLAY. Subscribers get an opportunity to watch all the best cricket content available from India, Pakistan, Bangladesh, West Indies, South Africa, New Zealand and Ireland, in addition to major events like the Asia Cup, ICC Cricket World Cups as well as the popular T20 leagues like Pakistan Super League (PSL) and Caribbean Premier League (CPL) on CricLife, CricLife2, CricLife3 and CricLife MAX channels.

Etisalat Group has changed its brand identity to e&, effective from 23rd February 2022.