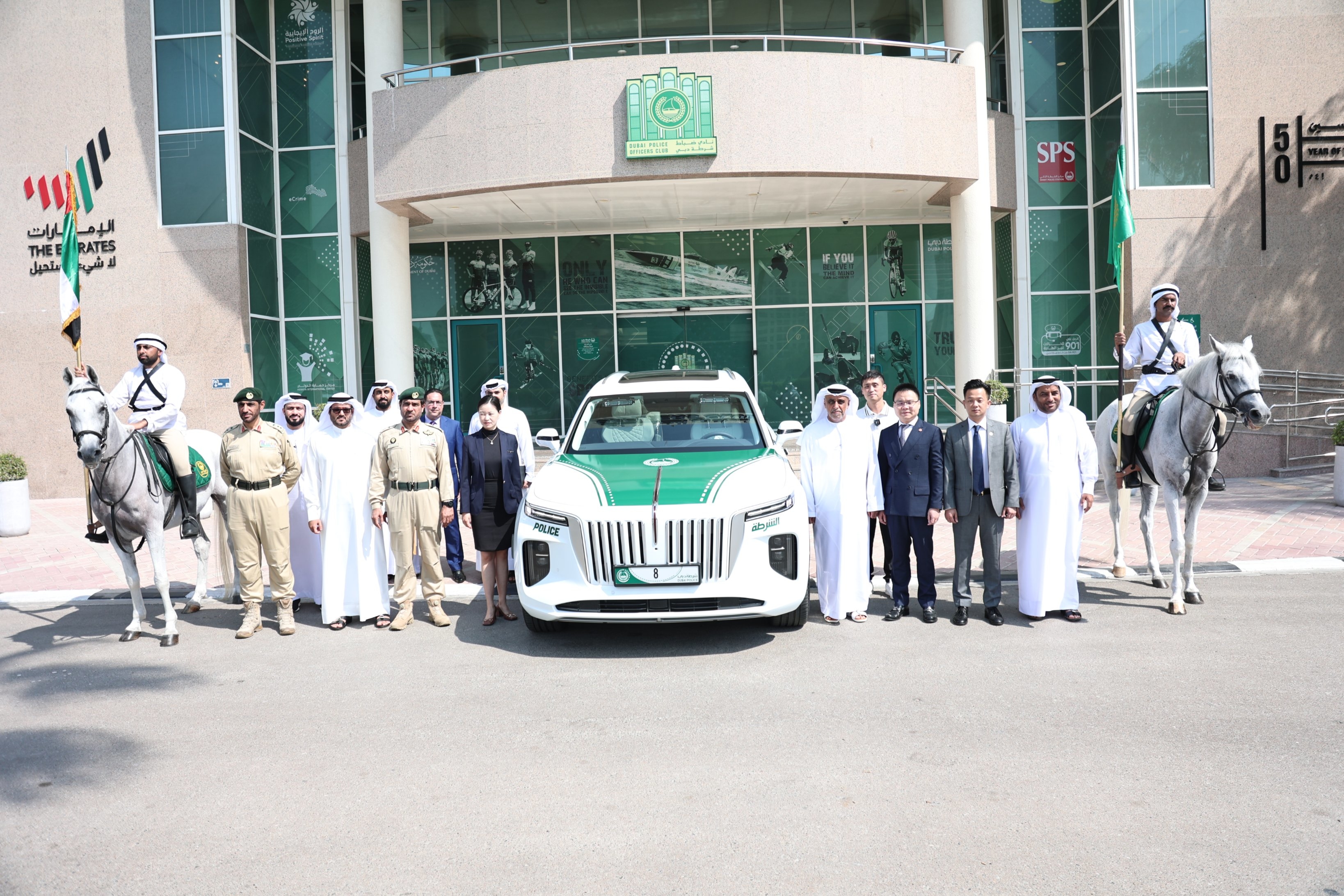 Expert Major General Khalil Ibrahim Al Mansouri, Assistant Commander-in-Chief for Criminal Investigation Affairs, announced the official launch of the Hongqi E-HS9 from Mrs Jojo Zhang ChengLing, Executive Vice President of ONEROAD, at the Dubai Police Officers Club in the presence of Maj. Gen. Saeed Al Malik, Director of the General Department of Transport and Rescue, and a group of officers and employees from both sides.

Maj. Gen. Al Mansouri reaffirmed that Dubai Police is always keen on promoting the safety and security of the Emirate, as well as maintaining its position as one of the world's safest destinations. "Through adding supercars within its fleet of luxury patrol vehicles, Dubai Police enhances the security presence of police officers across essential tourist destinations, including the Burj Khalifa, Sheikh Mohammed bin Rashid Boulevard, JBR, etc.," he explained.

"Dubai Police has always sought to add the most efficient, flexible and latest models of vehicles to its fleet to deal with various situations. These electric vehicles would improve traffic police performance and help achieve Dubai Police's strategic objective of maintaining roads safety and security, " Al Mansouri added.

The Hongqi E-HS9 is the first fully sports utility vehicle of the Hongqi brand with the functionality of an SUV. The E-HS9 can sprint from 0 to 100 km/h in 5.0 seconds. The battery can be charged from 0-100% in about 6 to 8 hours. The E-HS9 electric vehicle can travel approximately 440 km on a charge.

The metallic painted E-HS9 looks modern and stylish in a simplistic way. It has multiple advanced and modern screens. All of the screens in the car can realize information synchronization.