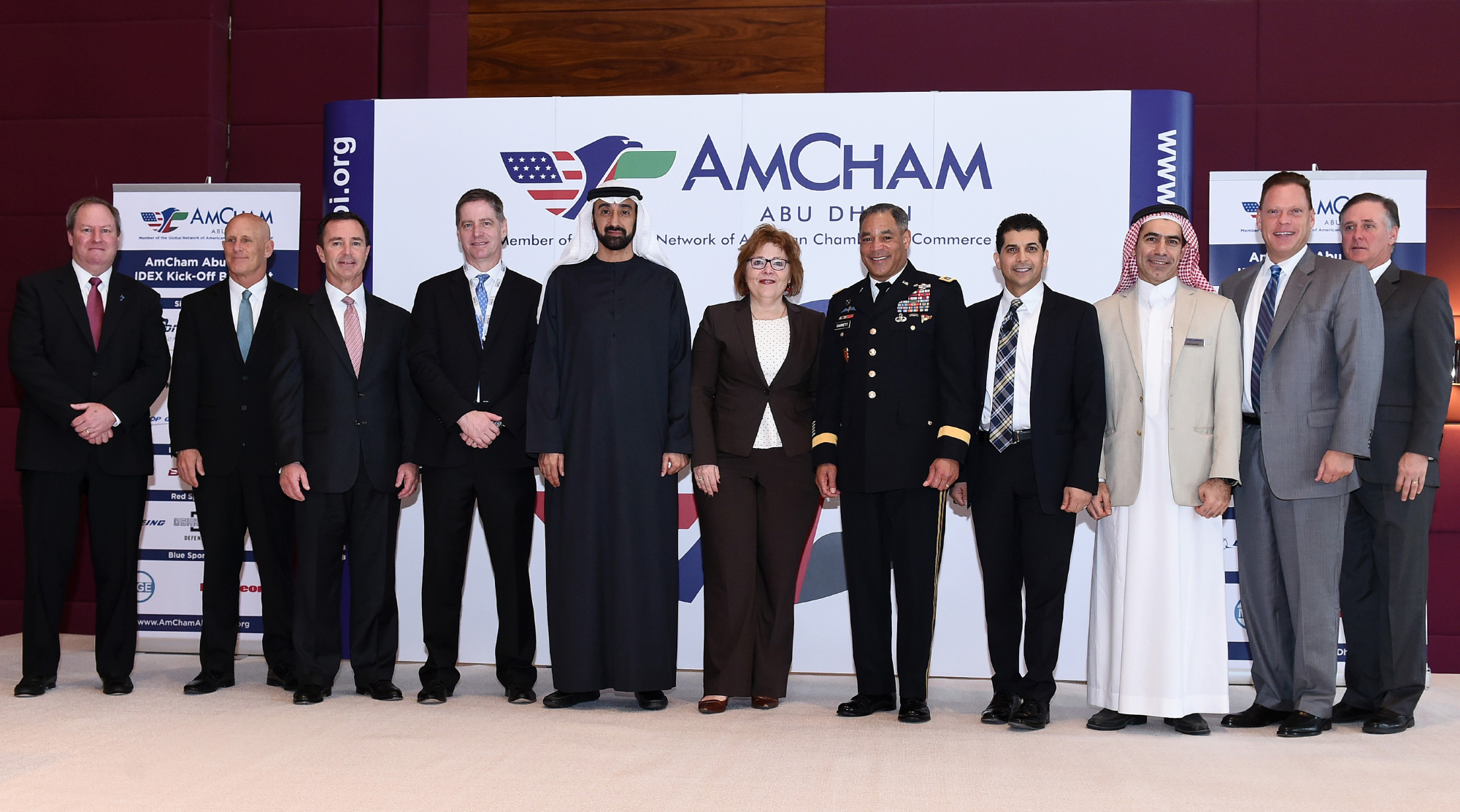 For over 20 years, the AmCham Abu Dhabi IDEX Kick-Off Breakfast has been held on the first day of IDEX to facilitate networking and collaboration between locally based companies in the sector and visiting US aerospace and defence industry executives. Attending the high-profile event has become a tradition among US military leaders, diplomats and local and visiting industry CEO’s. Some of the distinguished attendees included US Defence Attache to the UAE, Brigadier General Joseph Rank, US Army Security Assistance Command, Major General Steven Farmen, Deputy Director of the Office of Manufacturing and Industrial Base Policy, Dr. Jerry McGinn and US Ambassador to the UAE, Barbara A. Leaf.

The event was opened by AmCham Abu Dhabi Chairman, Sharief Fahmy, who greeted attendees. "IDEX is a globally recognised international platform for showcasing the US defence industry, and it is a valuable opportunity to grow the commercial partnerships that broaden the US-UAE bilateral relationship," said Fahmy, underlining the significance of the relationship, and the vital role that the defence industry plays.

Ambassador Barbara Leaf, during her welcome address, hailed the UAE as a strong US partner in the region. "The United Arab Emirates has been a strong US partner and ally in Gulf security for more than two decades. The success of this relationship is due in large part to the cutting-edge technology of America’s US defence and security industry. As the US Ambassador to the UAE, I am committed to continuously improving defence cooperation between our countries, and to ensuring that the US defence industry is optimally positioned here in the Gulf and in markets around the world. AmCham Abu Dhabi is a solid partner for the US Mission in achieving this goal."

During his keynote address, Homaid Abdulla Al Shimmari said "In 2017, the global aerospace industry is becoming even more dynamic than ever before. Here in the UAE, Mubadala is proud to play a major role in the nation’s economic diversification. Leveraging our strengths and global partnerships to revolutionise the industry, we continue to invest in advanced manufacturing solutions and capabilities that work in unison to promote and advance the stature of the industry, whilst developing home grown talent that will drive its future."

Lt. Gen. Michael X. Garrett discussed the growing US-UAE partnership during his address to the gathering. "We are stronger together, and, as part of the US Central Command team, I am delighted to be here today to reaffirm our commitment to our UAE partners and to the Gulf region. The critical partnership between the UAE and the US is key to a more secure and stable region. I want to thank AmCham Abu Dhabi, Ambassador Leaf, and Homaid Abdulla Al Shimmari for this great event."