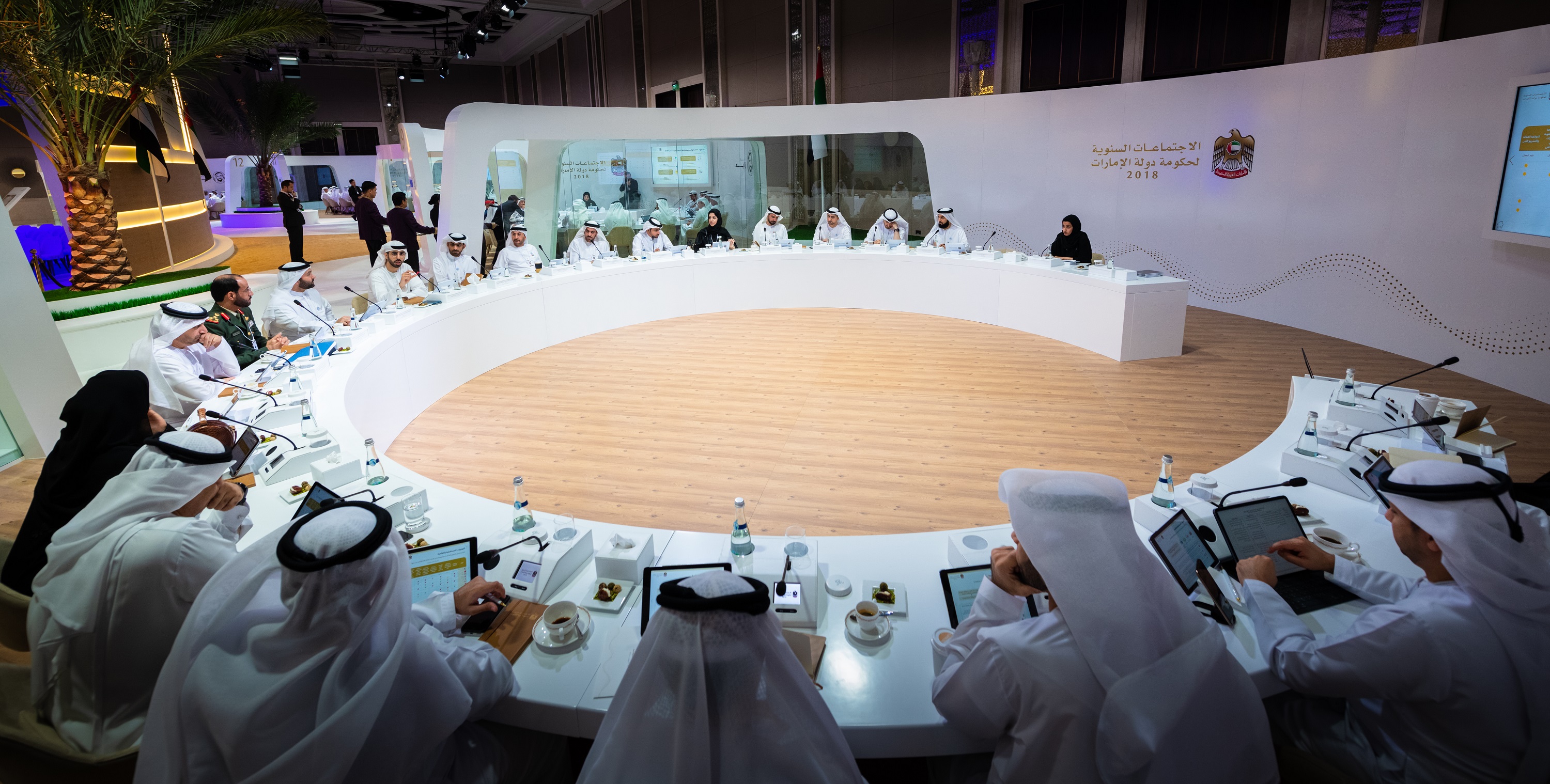 During the meeting held by the AI and Blockchain Joint Working Group, attendees tackled the appropriate mechanisms to attract foreign investment, encourage entrepreneurship and develop the necessary infrastructure that supports such technologies. The meeting also examined the key challenges facing the adoption of AI and Blockchain technologies, spreading awareness about the positive impact of these technologies to ensure further progress for the UAE as regards the global performance indicators.

Omar bin Sultan Al Olama, Minister of State for Artificial Intelligence, stressed that the UAE government has been a pioneer in recognising the importance of advanced technologies in shaping the future, in addition to its role in achieving leadership and development.

He added that, "The UAE is keen to adopt AI and Blockchain technologies in all the economic, health, educational and other vital sectors. It seeks to boost cooperation and forge partnerships between the various government, federal and local entities, international companies and startups in a bid to find effective and innovative solutions and make a positive impact."

The meeting also announced the launch of the AI and Blockchain Guide initiative, which aims at providing a standardised definition of Artificial Intelligence and Blockchain on the federal level. It also targets acquainting relevant entities with the concepts of Artificial Intelligence and its multiple uses. The guide will be provided to all smart local entities nationwide.

The National Programme for AI and Blockchain Capacity Building was also launched at the meeting. The programme aims at providing educational university programmes and scholarships in the field of artificial intelligence and Blockchain, in cooperation with the Ministry of Higher Education. It further offers specialised one-day or one-week training programmes, to train Emirati staff across all professional levels, and seeks to integrate Artificial Intelligence in the different stages of education.

The programme administers a job survey to identify the jobs most impacted by this technology and reduce the number of employees working in these jobs. It will also provide training courses for employees working in the fields that are set to be replaced by artificial intelligence and draw a timeline showing how fast this technology is evolving. The courses will provide new opportunities for individuals who will be replaced.

Participants stressed the importance of building capabilities among the national staff to keep pace with the ongoing technological changes and achieve the UAE’s goal to become the leading country worldwide in the adoption of artificial intelligence by 2031 through the UAE Strategy for Artificial Intelligence. It also aims to transform 50 percent of government transactions into the Blochchain platform by 2021.

Participants examined the prominent future and global trends in the field of artificial intelligence and Blockchain being widely embraced around the world in the health, education, energy and government services sectors.

Several countries have already launched strategies to adopt artificial intelligence, such as China, which focuses on different sectors, especially the defense and military services sectors. Beijing for example, has invested Us$2.12 billion in building a technology complex dedicated to developing Artificial Intelligence technology.

On a similar level, France dedicated US$1.85 billion investment in a five-year plan in the field of research and development and supporting startups. India and the United Kingdom focus on the uses of Artificial Intelligence in servicing humans. To this end, the United Kingdom invested GBP406 million in promoting education, especially in mathematics and technology fields.