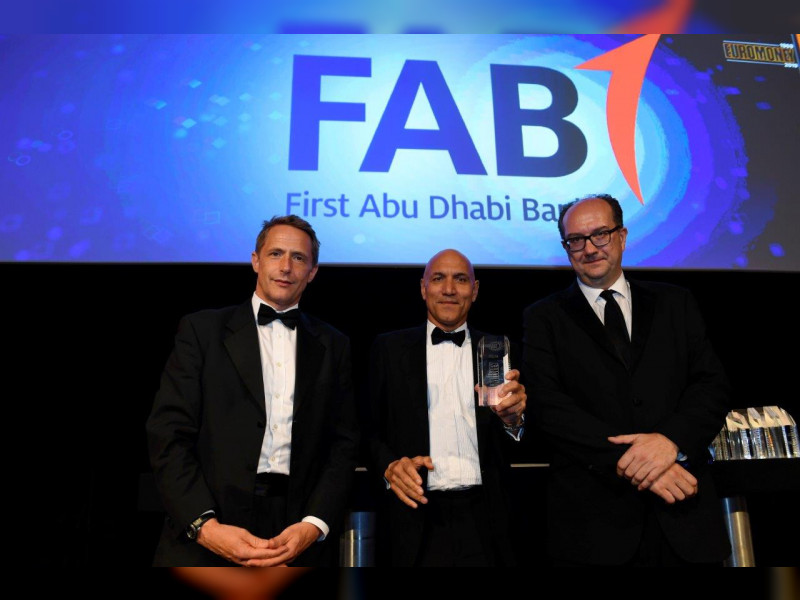 ABU DHABI, 22nd July, 2019 (WAM) -- First Abu Dhabi Bank, FAB, has been named ‘World’s Best Bank for Transformation’ at the Euromoney Awards for Excellence 2019, at the recent ceremony in London.

This year’s awards demonstrated the growing importance of the UAE’s banks to the global finance sector. FAB was given the award for best bank transformation after successfully merging, integrating, and enhancing its services and offerings over the last two years.

Commenting on the award, Andre Sayegh, Deputy Group CEO and Group Head of Corporate and Investment Banking at FAB, said, "From merger to integration and beyond, FAB’s growth story underpins these prestigious awards. We are proud to be recognised by the prestigious financial publication for the collective achievements that have helped us to grow stronger."

Launched in 1992, the Euromoney Awards for Excellence were the first of their kind in the global banking industry. Award submissions are analysed and assessed by a team of editors, journalists and researchers in conjunction with the magazine’s own market knowledge and research before decisions are made by an editorial committee. This year Euromoney received almost 1,000 submissions from banks in an awards programme that covers 20 global awards, more than 50 regional awards, and the best bank awards in close to 100 countries.