Focus on illegal trade in birds of prey at ADIHEX workshop 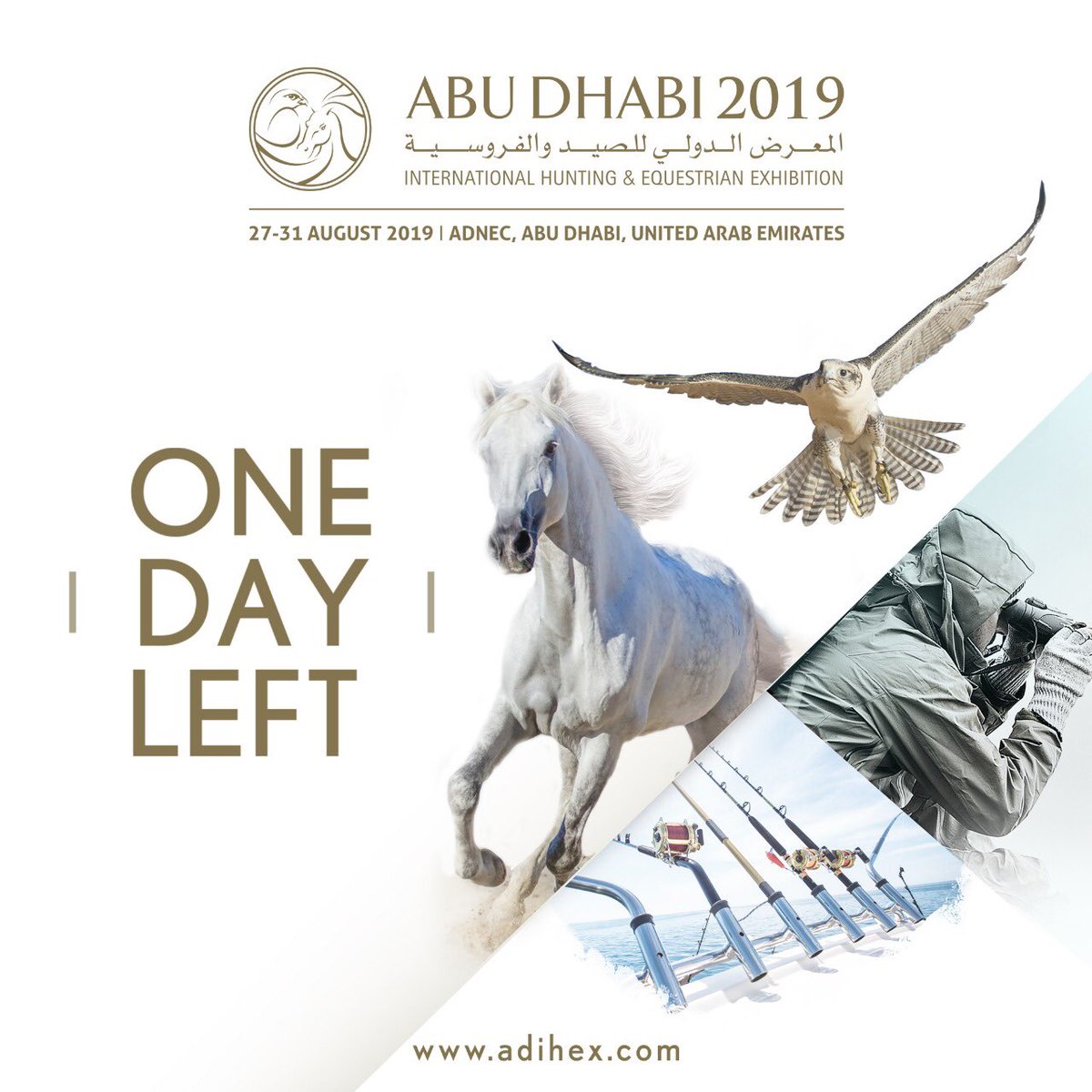 ABU DHABI, 26th August, 2019 (WAM) -- International efforts to bring an end to the illegal trade in raptors (birds of prey) will be the focus of a workshop taking place on Tuesday, on the opening day of the annual Abu Dhabi International Hunting and Equestrian Exhibition, ADIHEX, at the Abu Dhabi National Exhibition Centre, ADNEC.

The workshop is being organised by the International Association for Falconry and Conservation of Birds of Prey, IAF, in collaboration with the ADIHEX organisers, the Emirates Falconers’ Club, and the Abu Dhabi-based International Fund for Houbara Conservation.

Also taking part will be representatives from the Bern Convention and the Task Force Against Illegal Killing and Trade in Birds of the international Convention on Migratory Species.

Entitled 'A Joint Workshop Against Illegal Trade in Birds of Prey’, the day-long workshop will feature a number of presentations by top conservation experts from the Middle East, Europe and Asia.

"The illegal trade in birds of prey is one of the greatest threat to the survival of some of these iconic bird species," Majid Al Mansouri, the President of the IAF and Managing Director of the International Fund for Houbara Conservation, told the Emirates News Agency, WAM.

"Conservationists and devotees of falconry agree on the necessity of stamping out this trade."

Al Mansouri, who is also Managing Director of the recently-established Mohamed bin Zayed Raptor Conservation Fund, added, "This workshop will bring together top experts in the field to discuss the progress being made in clamping down on the illegal trade and the challenges that still lie ahead."

The first session of the workshop will be chaired by Adrian Lombard, a former IAF President, who is Co-Chair of the Thematic Group on the Sustainable Use and Management of Eco Systems of the International Union for the Conservation of Nature, IUCN.

Yehyah Khaled, the Director-General of Jordan’s Royal Society for Nature Conservation, will also talk on the society’s pioneer role in controlling the trade.

The afternoon session, chaired by Dr. David Scallan, Director-General of FACE, the federation of European hunters, will begin with a report from Janusz Sielicki, a member of the Steering Committee of EURAPMON, Research and Monitoring for and with Raptors in Europe, on the effects of illegal and legal trade in birds of prey on their populations.

The session will also include two papers devoted to work in Mongolia.

Dr. Nyambayar Batbayar, Director of the Mongolia Wildlife Science and Conservation Centre, will talk about the importance of government, conservationists and falconers joining forces to stop the illegal trapping of saker falconsin Mongolia.

Dr. Andrew Dixon will review the work of a programme launched in Mongolia by the Mohamed bin Zayed Raptor Conservation Fund to reduce the impact on raptor populations of birds being killed by electric power lines.

The workshop is one of a series that will run over three days during the ADIHEX exhibition.