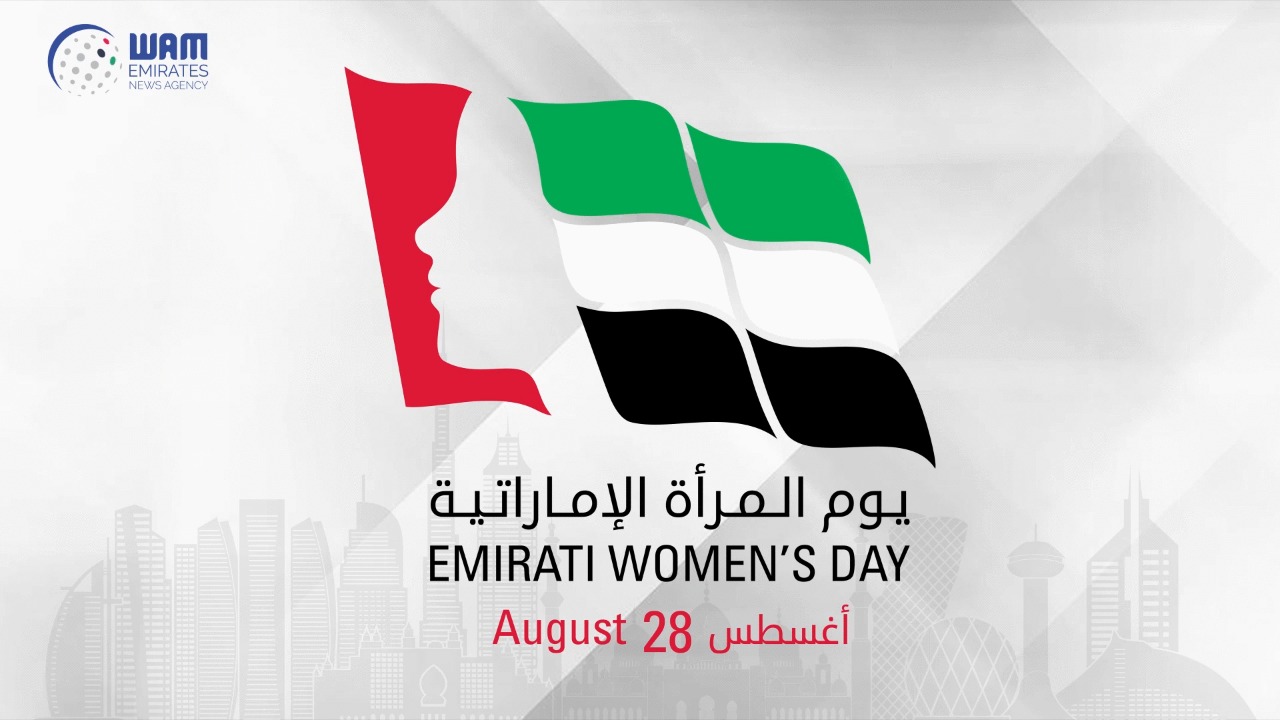 ABU DHABI, 28th August, 2019 (WAM) -- Today, the UAE celebrates Emirati Women's Day, in recognition of the contribution of Emirati women, and their role in the development of the country. The nationwide celebration stresses the country’s determination to follow in the footsteps of the late founder, Sheikh Zayed bin Sultan Al Nahyan, who once said, "Nothing pleases me more than seeing Emirati women assuming their role in society and achieving their rightful position. Nothing should hinder the march of women's progress."

Women in the UAE have set themselves as partners with distinction in the diplomatic field, contributing to the development of an expansive network of international relations and enhancing regional and international partnerships. Currently, 587 Emirati women serve in the diplomatic and consular corps at the UAE Ministry of Foreign Affairs and International Cooperation, among them 275 are diplomats, accounting for 42 percent of women serving in UAE missions abroad.

This reaffirms the vision of the UAE leadership to support and empower Emirati women as central players in Emirati society, working alongside their male peers to contribute to the advancement of the development process.

The UAE Constitution guarantees equal rights for both men and women. Under the Constitution, women enjoy the same legal status, claim to titles, access to education, the right to practice professions, and the right to inherit property as men. Women are also guaranteed the same access to employment, health and family welfare facilities. As a leader of equality in economics, government, education and health, the UAE has been named one of the region’s pioneers.

In December 2014, the UAE Cabinet adopted a decision imposing the appointment of women on the boards of directors of all institutions and government agencies, setting the proportion of female representation at 15 percent in government institutions. Women make up 27 percent of the UAE Cabinet formed in 2016 which includes nine female ministers, one of whom is the youngest minister appointed to Cabinet. Furthermore, eight women sit on the Federal National Council for the current legislature, representing 20 percent of its 40 members.

President Sheikh Khalifa bin Zayed Al Nahyan has recently called for Emirati women to occupy 50 percent of the seats in the country`s Federal National Council following this year's elections. This decision reinforces the country`s plans towards the full empowerment of Emirati women across vital sectors. It also aims to further empower Emirati women and bolster their contributions to development, an accomplishment achieved in record time compared to other countries in the world.

The UAE Gender Balance Council was established in 2015 as a federal agency dedicated to scaling up the UAE's efforts to achieve gender balance across all sectors nationwide, as well as in decision-making positions.

In 2018, the UAE Cabinet has approved the issuance of the Law on Equal Wages and Salaries for Men and Women to ensure that women have equal opportunities as partners in the UAE’s development. The Cabinet’s approval of the Law on Equal Wages and Salaries comes in line with the government’s objective to ensure the protection of women's rights and support their role in the national development process. The Law is also part of the Strategy for the Empowerment of Emirati Women launched by H.H. Sheikha Fatima bint Mubarak, Chairwoman of the General Women's Union, President of the Supreme Council for Motherhood and Childhood, and Supreme Chairwoman of the Family Development Foundation.

The UAE has taken great strides towards achieving gender equality. It ranks second in the Middle East for 'wage equality for similar work' according the Global Gender Gap Report 2017. In fact, women hold two-thirds of public sector jobs in the UAE, with 30 percent in leadership roles and 15 percent in technical and academic roles. Women also are actively involved in the judiciary sector with several women judges and prosecutors, as well as a significant female presence in the police and the military.

While the literacy rate of both women and men in the UAE is close to 95 percent, today, more women than men complete secondary education and enroll in university and post-graduate institutions. Emirati women make up 70 percent of all university graduates in the UAE.

Moreover, the UAE has made remarkable progress in reducing gender disparities in girls' education in schools and higher education, with more than 70 percent of girls graduating from universities. In the economic field and in the business world, women have set themselves as partners, making up 46.6 percent of the total workforce, holding 66 percent of jobs in the public sector, 30 percent of which are decision-making positions. Furthermore, 23,000 businesswomen manage projects worth about US$15 billion in the UAE.

The UAE has adopted a powerful stance in empowering women, setting new standards based on a unique model drawn from the vision of the late Sheikh Zayed bin Sultan Al Nahyan, Founding Father of the UAE.

This approach, drawn from the natural role of the daughters of the UAE, perpetuates in the current leadership`s vision for the future, whereby women stand as active partners and contributors in the country`s development process and play a vital role in raising future generations.

Emirati women currently hold ministerial portfolios, in addition to presidency and membership in the Federal National Council, and represent their country as ambassadors in nations around the world, in addition to their notable role in the judiciary.