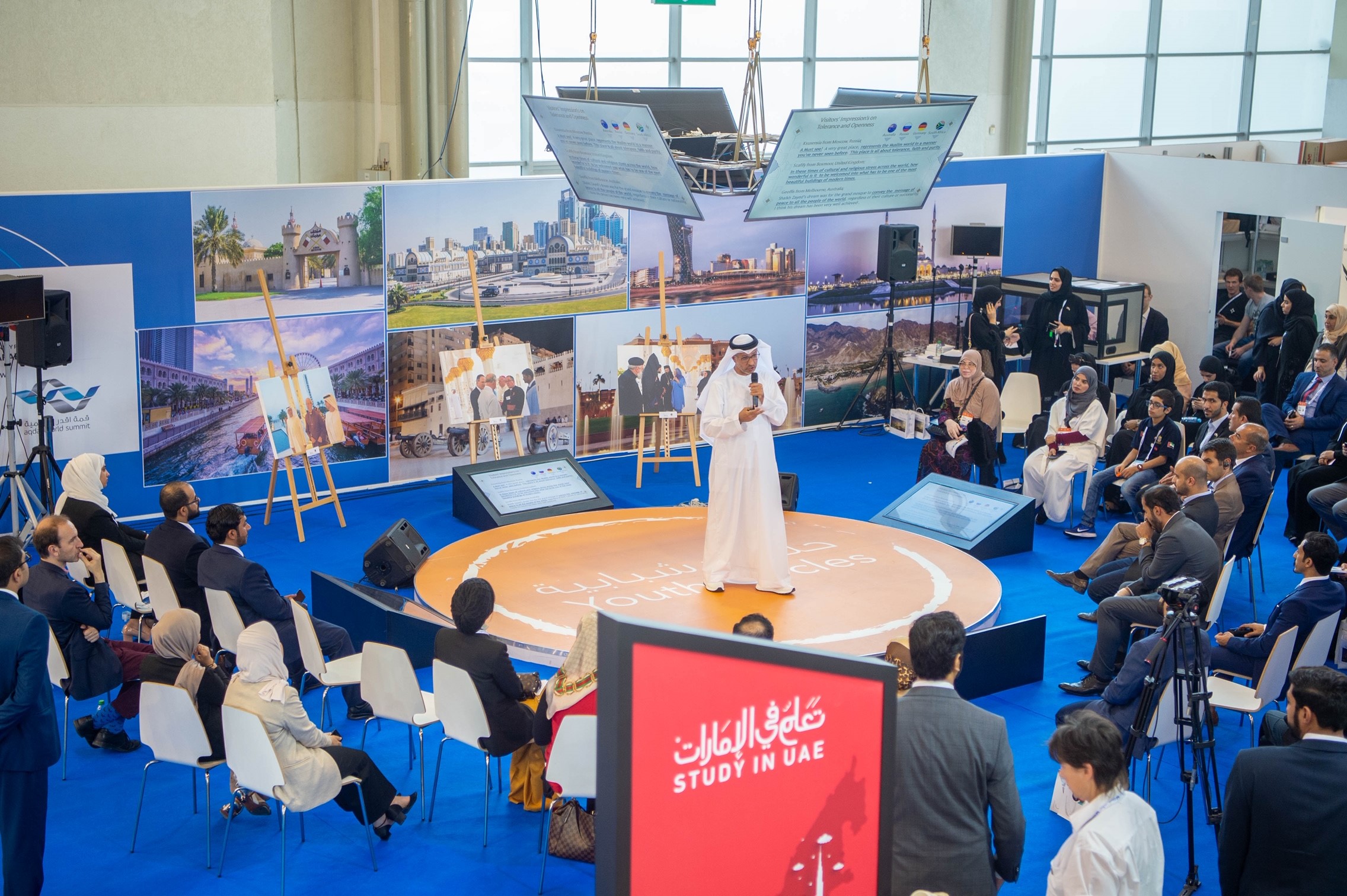 ABU DHABI, 2nd September, 2019 (WAM) -- As part of its strategy to promote cultural communication and openness towards others, the Sheikh Zayed Grand Mosque Centre participated in the 3rd edition of Aqdar World Summit in Moscow from 29th of August to 1st of September, under the theme "Global Empowerment of Communities: Experiences and Lessons Learned".

The Centre, at its pavilion, showcased an interactive display screen that offered a virtual reality tour of Sheikh Zayed Grand Mosque. It displayed a model of the mosque which allowed a vast segment of visitors to view the abundant aesthetic features of Islamic art and architecture manifested at the mosque, and its mission to the highlight the humanitarian virtues of the late founding father. The pavilion also showcased a number of the Centers publications and images that reflect values of peace, tolerance, and interfaith coexistence.

Dr. Yousef Al Obaidli, Director General of the Sheikh Zayed Grand Mosque Centre, presented a workshop titled: ‘The Role of Worship Sites in Enhancing Coexistence and Tolerance, Sheikh Zayed Grand Mosque as A Global Paradigm of Tolerance’ that was attended by representatives of different cultures and religions. The Center through its participation in the summit aimed to highlight the founder's vision and mission, who aspired the mosque to be one of the most prominent bridges of cultural rapprochement, and a leading forum advocating tolerance and coexistence between cultures and religions worldwide During the workshop, he shed light on the culture of the diversity manifested at the mosque through designs and art dating back to different eras in the history of civilization and engineering.

He also touched upon the various programs and initiatives embraced by the mosque to promote its role in spreading the message of tolerance, coexistence, and cross-cultural communication. The very same vision, mission, and dream, the late founding father sought to realize, and thanks to God, has become a blatant tangible reality evident to all at Sheikh Zayed Grand Mosque.

The mosque’s stand was well attended by the summit’s visitors and participants,who were briefed on diverse features of Islamic art and architecture at the mosque, and its global role in promoting UAEs civic message, that stems from the vision and values ​​of the late founding father, Sheikh Zayed bin Sultan Al Nahyan.