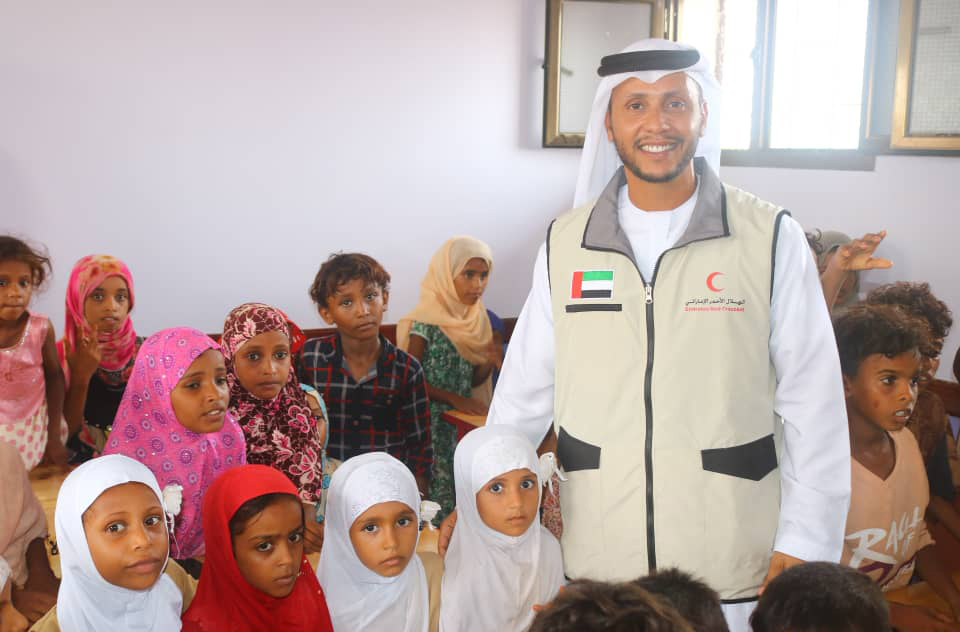 RED SEA COAST, 16th September, 2019 (WAM) -- The UAE is continuing to support Yemen’s services sectors, including the education sector, which are important to the Yemeni people.

The Emirates Red Crescent, ERC, the humanitarian arm of the UAE, in the presence of representatives of local authorities, yesterday launched the "Back to School Campaign" in Yemen’s Red Sea Coast.

The campaign began with the opening and furnishing of a school and the distribution of school bags to its students. The school is one of 16 destroyed by the war waged by the Houthi militias. These schools will be reopened following their restoration and rehabilitation, with support from the UAE.

The campaign, which was inaugurated by the Directorate of Mocha, Taiz Governorate, under the slogan, "My School, My Future," will completely furnish 36 local schools, which the ERC previously restored and reopened. The campaign will also involve the distribution of school bags to the students of schools in Bab Al Mandab, Zawab, Moza'eyah, Al Wazaia and Mocha districts in Taiz Governorate, as well as in the districts of Al Khokha, Hais, Al Tahita and Al Duraimi in Hodeidah Governorate.

Mohammed Al Junaibi, Director of Humanitarian Affairs at the ERC, and Sultan Mahmoud, Director-General of Al Mukha District, unveiled a memorial plaque at the Al Jalaa Elementary School in Yakhtl, which was restored and furnished by the ERC.

Mahmood said that the UAE’s humanitarian efforts saved Yemen’s educational sector and other sectors that affect peoples’ lives, after the destruction caused by the Houthi militias.