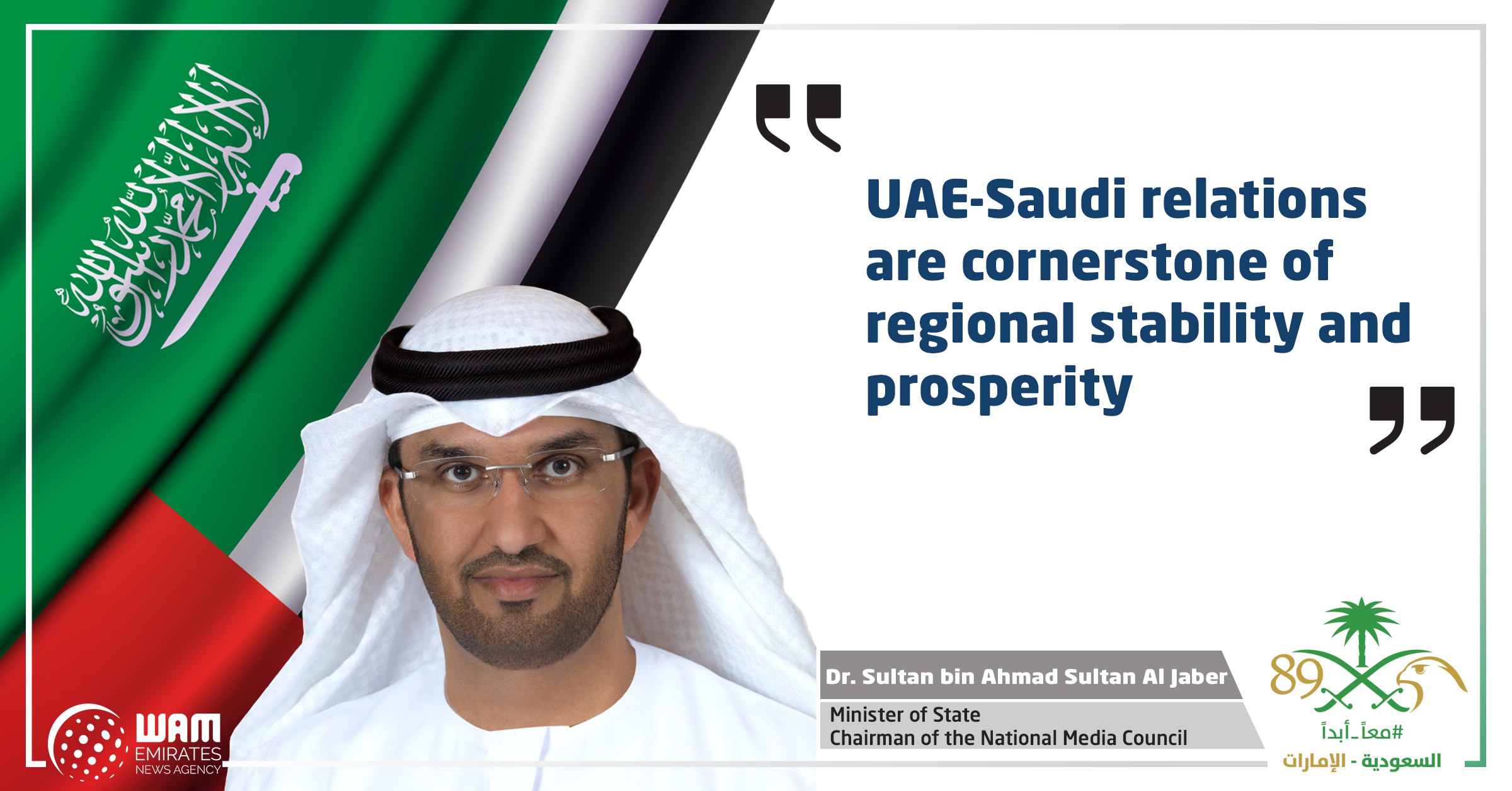 ABU DHABI, 23rd September, 2019 (WAM) -- Dr. Sultan bin Ahmad Sultan Al Jaber, Minister of State and Chairman of the National Media Council, has said that relations between the UAE and Saudi Arabia set an exemplary model for brotherly relations in the region, reinforced by the leadership of both countries.

In a statement on the occasion of the 89th Saudi National Day, the minister extended his sincere congratulations to the Kingdom's leadership, government and people, saying that the UAE's joining in the celebrations "comes from the heart and embodies the relations of brotherhood that unite us."

"The Kingdom of Saudi Arabia is solidifying its position regionally and internationally. Its huge potential has enabled it to become a major player on the world stage, thanks to the wise vision of the Saudi leadership and the great efforts made by Saudis everywhere," Dr. Al Jaber said, adding that the day is an occasion to highlight the country's great achievements in various fields.

He went on to say that the strategic relationship between the two countries is a cornerstone for stability and prosperity in the region, and the well-being of its people. He noted that this "distinguished" relationship also has a direct positive impact on a number of matters of interest for the two countries, as well as the region.

In conclusion, Al Jaber said the Emirati-Saudi bond is based on a strong foundation, deep-rooted ties and a strong belief in the values of solidarity, cohesion and a unified destiny.