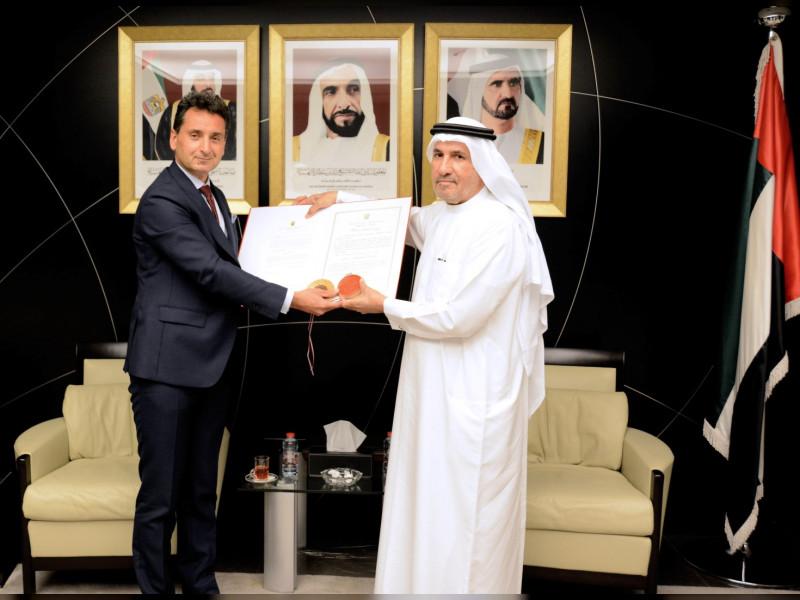 DUBAI, 2nd October, 2019 (WAM) -- Abdulrahman Ghanem Al Mutaiwee, Director of the Dubai office of the Ministry of Foreign Affairs and International Cooperation, MoFAIC, received the credentials of Jasmin Devlic, the new Consul-General of Croatia in Dubai.

Al Mutaiwee welcomed the new envoy and wished him success in his new assignment, hailing the economic, trade and investment ties between the two countries. He wished him good luck and success in his assignment. He assured the Croatian Consul-General that he will receive all the support he would need in his mission to further consolidate the relations between the two countries.