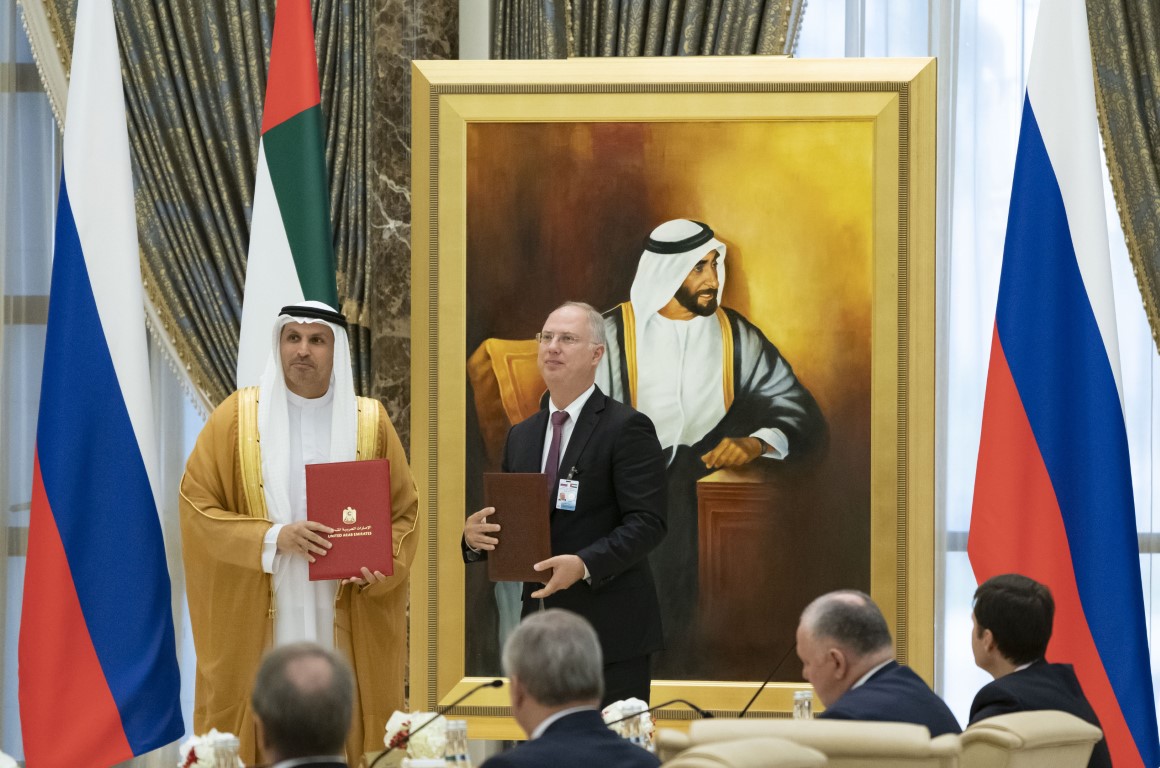 The agreements were announced following the official visit of Russian President Vladimir Putin to the United Arab Emirates.

More than 45 investments have been jointly made by RDIF and Mubadala with an aggregate value in excess of US$2 billion (AED7 billion).

The six new cooperation agreements announced today cover a wide range of sectors that are central to the Russian economy. They include advanced technologies, artificial intelligence, healthcare, transport and logistics.

Commenting on the announcement, Khaldoon Khalifa Al Mubarak, Mubadala Group Chief Executive Officer and Managing Director, said, "We are proud of the dynamic partnership we have developed over the years with RDIF. The six collaboration agreements announced today demonstrate the strength of the multidimensional relationship that continues to flourish between RDIF and Mubadala as a symbol of the much deeper bond between our two nations. We remain committed to supporting these new initiatives and to maintaining our productive partnership with RDIF in the long term."

Kirill Dmitriev, CEO of RDIF, added, "We are grateful to our partners at Mubadala for the strong interest they have shown in our country for many years. We are confident that together we will continue to make successful investments both for implementing Russia’s national projects and reaching technology development targets, particularly in AI. The investments we make are aimed at advancing all the key areas of the economy, as well as enhancing living standards in Russia. RDIF is dedicated to bringing these six cooperation agreements to fruition, by raising capital and through engaging the expertise of international partners such as Mubadala."

In the second memorandum of understanding, RDIF and Mubadala will cooperate to enhance the healthcare infrastructure in Russia. The collaboration will include an exchange of expertise, and give patients from Russia the opportunity seek treatment and medical care by advanced clinics in the UAE.

As for the third MoU, the two organisations will jointly consider an investment into a new pulp mill project with Sveza, one of Russia’s leading woodworking companies. The total project size is expected to be up to US$2.8 billion (AED10 billion) and will have a design capacity output of over 1.3mn tons of wood pulp per annum, focusing on Russian and key European and Asian markets.

RDIF and Mubadala are also considering a joint investment into NefteTransService, NTS, one of Russia’s largest operators of railway rolling stock. This fourth agreement forms part of a consortium, led by RDIF, that is looking to invest US$300 million (AED1 billion) into the expansion of NTS’ fleet of rolling stock, strengthening its position in the railway logistics market.

RDIF and Mubadala have agreed on a partnership with the leading Russian face recognition technologies developer, NtechLab, a world leader in facial recognition systems based on artificial intelligence and neural networks. RDIF and Mubadala will support the expansion of NtechLab’s business in the Middle East, as agreed within the fifth MoU.

Lastly, RDIF and Mubadala have agreed to expand their investment in the Professional Logistics Technologies, PLT, platform to build new logistics facilities. The parties will invest in the construction of a new class A multi-temperature distribution centre and related infrastructure in the Moscow region with gross leasable area of over 100,000 square metres. The tenant of the complex will be a leading Russian food retailer.

The collaboration between RDIF and Mubadala began in 2013 when a joint US$7 billion (AED 25 billion) co-investment platform was created. It was signed in St. Petersburg in the presence of President Putin.