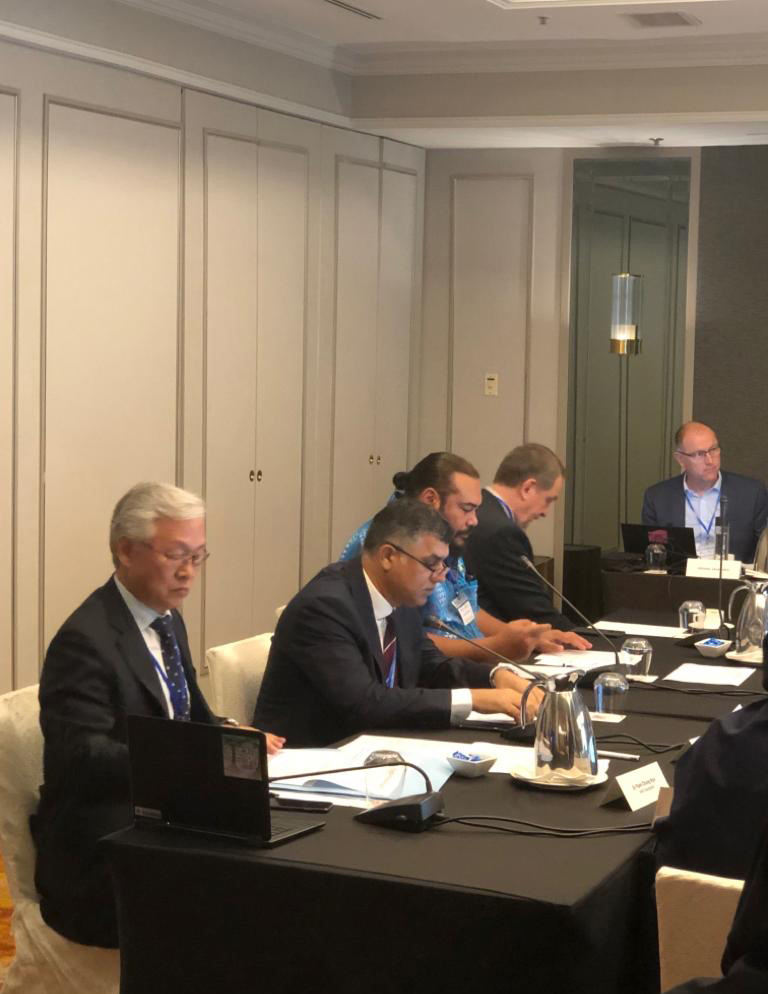 SINGAPORE, 29th October, 2019 (WAM) -- Dr. Abdulla Al Mandous, Executive Director of the National Centre of Meteorology, NCM, is participating in the Joint Management Group Meeting for Asia and the South-West Pacific of the World Meteorological Organisation, WMO, in his capacity as President of Regional Association II (Asia).

The meeting, scheduled from 29th to 31st October, 2019, in Singapore, is aimed at discussing follow-up actions on key outcomes from the 18th World Meteorological Congress, and the 71st Session of the WMO Executive Council, with a focus on urgent actions to meet the requirements, including the two-year cycle of regional sessions.

In addition to identifying cross-cutting issues and challenges in the regions and sub-regions and the synergistic effects of cross-regional cooperation for capacity development of National Meteorological and Hydrological Services, NMHSs, in the Asia Pacific region, the meeting will seek to improve the coordination of project implementation through partnerships with regional and sub-regional development and financial partners.

This will help facilitate the capacity development of the NMHSs, particularly in developing countries, least developed countries and the Caribbean, Pacific and the Indian Ocean Small Island Developing States.

Al Mandous said, "In participating in the meeting, we aim to work closely with relevant partners to enhance the capacity of the NMHSs of Regional Associations of Asia & South-West Pacific. This will translate into a positive long-term impact on our meteorological forecasting and early warning systems, helping us effectively reduce the risks of meteorological and hydrological disasters in both the regions that are frequently prone to various large and small scale natural disasters and severe weather conditions."

The Joint Management Group, MG, Meeting for Asia and the South-West Pacific provided opportunities for MG members of both regions to discuss the future working mechanism in the region under the new WMO governance structure and contribute to the reform proposal for the efficient and effective operation of regional associations.

MG members will also discuss cross-cutting issues to facilitate increased cooperation between the two regions based on the growing needs and demands of the North-South cooperation in the Asia-Pacific region.