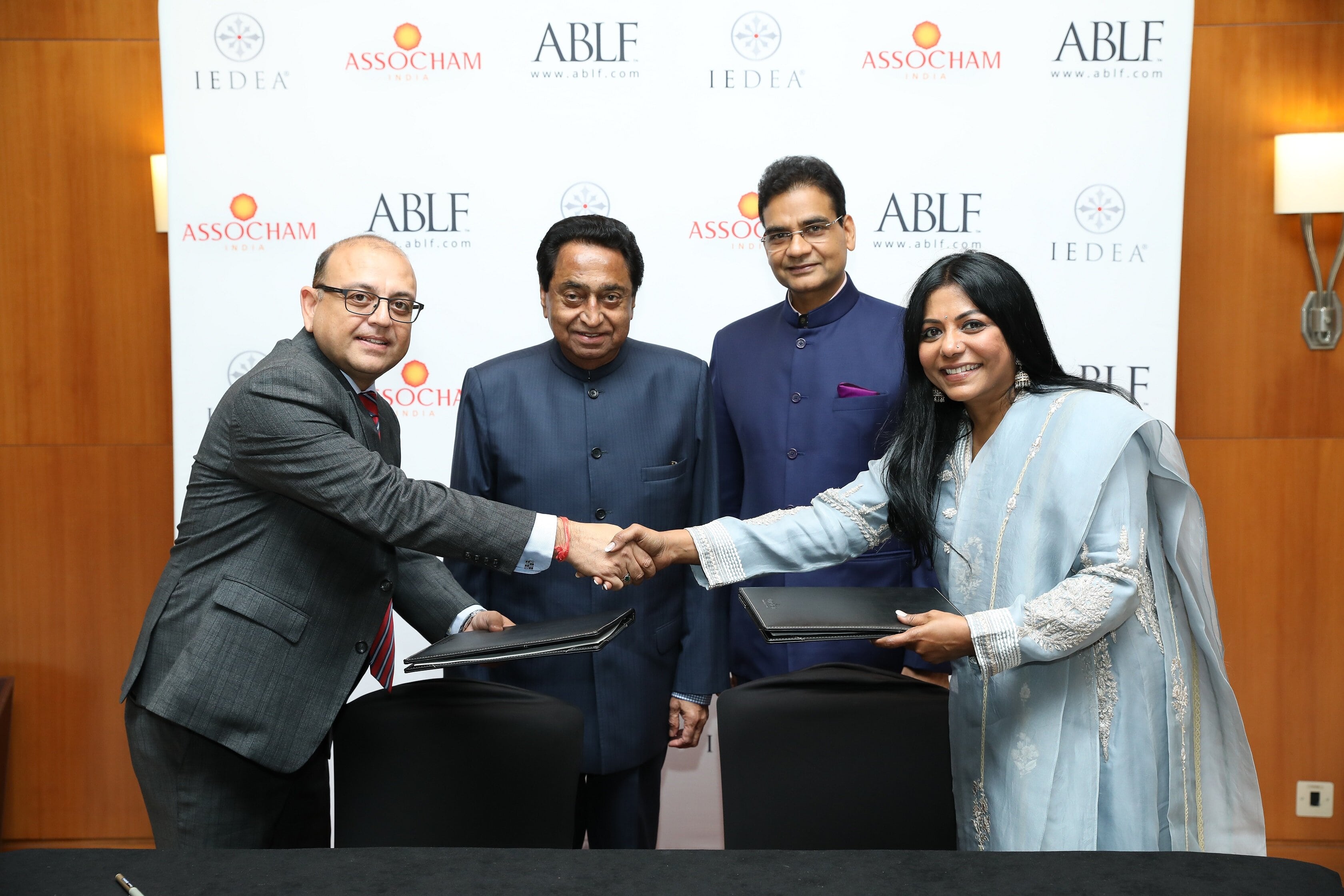 DUBAI, 10th November, 2019 (WAM) -- The 12th anniversary celebration of the Asian Business Leadership Forum, ABLF, at Jumeirah Emirates Towers in Dubai, saw the inking of an agreement between ABLF and the Associated Chambers of Commerce and Industry of India, ASSOCHAM, aimed at strengthening business relationship between the UAE and India.

The signing ceremony was attended by a group of dignitaries from both countries, including BK Goenka, President of ASSOCHAM, Deepak Sood, Secretary-General of ASSOCHAM, Kamal Nath, Chief Minister of Madhya Pradesh, India and Malini N Menon, Managing Director, IEDEA and Co-Founder of the ABLF.

Under the agreement, IEDEA and ASSOCHAM will work together to facilitate better business opportunities between the two nations, opening avenues for more collaborations and knowledge exchange in various business-related fields using the ABLF leadership platform that has an established presence across the GCC.

Speaking on the occasion, President of ASSOCHAM, said, "This agreement between IEDEA’s ABLF and ASSOCHAM is a testament to the fact that India and the UAE share good business relationships. With this new collaboration, we reiterate our intention and keenness to further facilitate a healthy transfer of expertise, know-how, and ideas to benefit both nations."

Under the theme ‘Inclusive Leadership in an Interconnected World: Driving Progress and Sustainability through Tolerance’, the ABLF is held under the patronage ofSheikh Nahyan bin Mubarak Al Nahyan, Minister of Tolerance, and in official association with the UAE Ministry of Economy.

Malini N Menon, Co-Founder of the ABLF, said, "In a diverse world like ours, collaborations play an integral part in empowering and strengthening nations in various sectors and industries. It is a matter of great pride for ABLF that we will now be working hand-in-hand with ASSOCHAM to devise strategies and implement plans that will work in favour of business communities across both nations. We expect some ground-breaking results with this dynamic partnership."

"I am confident that the MoU signed between ASSOCHAM and IEDEA in Dubai today will be a strategic and important one for both institutions. It will enhance the pace and level of engagements between the business communities in India and GCC countries. IEDEA will be a strategic partner to ASSOCHAM in GCC region and likewise ASSOCHAM shall be the connect for IEDEA in India. This MoU between the institutions is likely to enhance and strengthen the B2B and B2G connect in the long term" Deepak Sood, Secretary General, ASSOCHAM For the first time in 12 years, the leadership platform is hosting a Guest Nation – India. Highlighting the strong bilateral relations between the UAE and India, the ABLF received a powerful delegation from India led by the Chief Minister, Kamal Nath, as well as private sector leaders such as Kumar Mangalam Birla, Chairman, Aditya Birla Group; Gopichand Hinduja, Co-Chairman, Hinduja Group of Companies; Dr Cyrus Poonawalla, Chairman and Managing Director, Serum Institute of India; Shobhana Bhartia, Chairperson and Editorial Director, HT Media; Jaidev Shroff, Global CEO, UPL Limited; Rajiv Luthra, Founder and Managing Partner, L&L Partners Law Offices; Madhusudan Agrawal, Co-Founder and Vice Chairman, Ajanta Pharma Ltd among others.