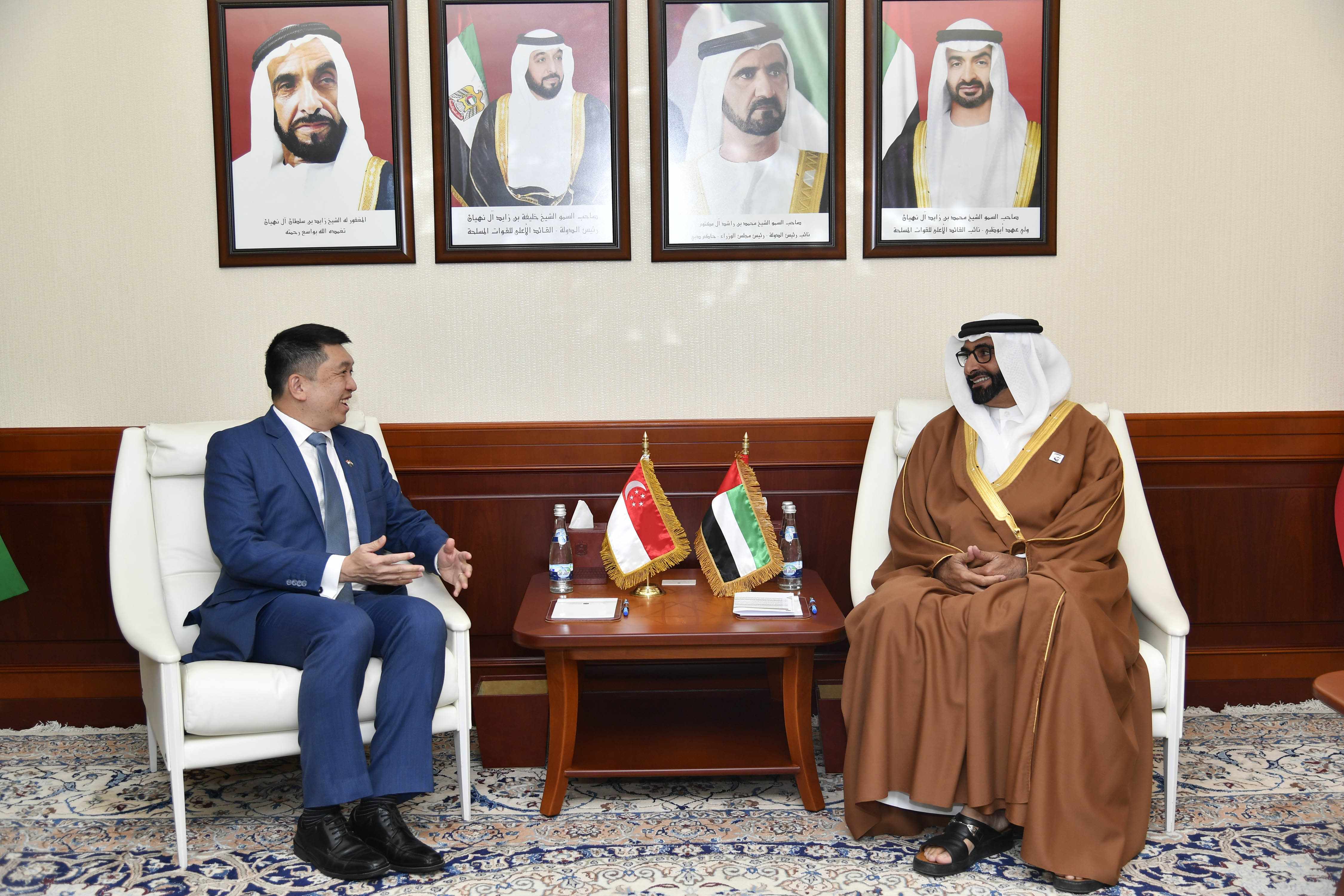 ABU DHABI, 23rd December, 2019 (WAM) -- Mohammed bin Ahmed Al Bowardi, Minister of State for Defence Affairs, received this morning Samuel Tan Chi Tse, Ambassador of the Republic of Singapore, who came to bid farewell on the occasion of the end of his tenure in the country.

The Minister of State for Defence Affairs welcomed the ambassador, commending his role in promoting bilateral relations between the United Arab Emirates and Singapore and wished him success in his future assignments.

The meeting, which was held at the Ministry’s headquarters in Abu Dhabi, touched on joint cooperation relations between the UAE and Singapore and ways to further develop them, especially in the defence and military field.

The two sides also exchanged views on a number of regional and international issues of common concern.

The meeting was attended by a number of senior officers and officials of the Ministry of Defence.