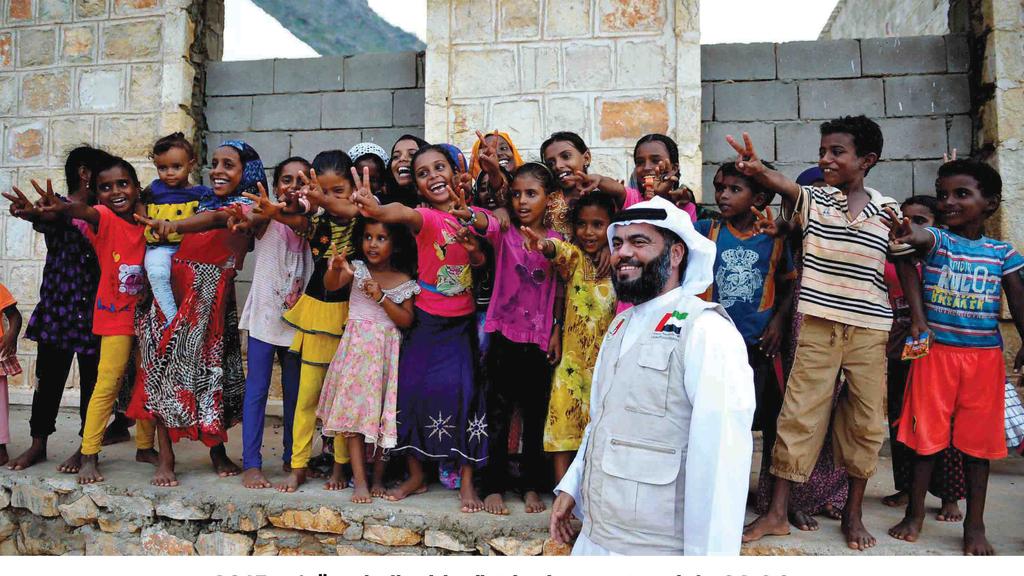 The UAE Ministry of Foreign Affairs and International Cooperation, MoFAIC, today released its annual report detailing the UAE’s foreign aid flows as part of its commitment to global standards on the reporting of aid data by donor countries.

The report reflects the UAE’s continued success in exceeding the 0.7 percent United Nations target for the sixth consecutive year by providing 0.93 percent of Official Development Assistance as a proportion of Gross National Income in 2018, qualifying the UAE as one of the world’s largest donors in terms of ODA/GNI.

Reem bint Ibrahim Al Hashemy, Minister of State for International Cooperation, stated that the UAE has long exerted significant efforts to support friendly nations, whether through the backing of development projects or emergency humanitarian response to disasters and crises in a manner that bolsters prosperity and stability while alleviating suffering in recipient countries. The UAE, she noted, works alongside regional and international partners and UN agencies operating in the development and humanitarian sectors.

She added, "It gives me great pleasure to extend my sincere thanks and gratitude to the UAE donors, humanitarian and development organisations, and to all our international partners who work with us to implement the 2030 Agenda for Sustainable Development, believing that in the UAE, giving and mutual cooperation is our instrument to making a better world."

True to its commitment, the UAE continued to support the 17 Sustainable Development Goals, SDGs, in 2018, with more than half of the nearly AED28.62 billion (US$7.79 billion) disbursed going towards peace and justice, economic growth, and poverty elimination initiatives.

Commitments made by the UAE in 2018 to global development and humanitarian assistance in numerous countries, including 14 Least Developed Countries (LDCs), reached AED10.33 billion (US$2.81 billion).

These programmes include emergency health, transportation, education, power generation, medical, and food aid offerings, among others.

The report also details the UAE’s work with small island states in the South Pacific to provide them with clean and renewable energy sources, such as solar and wind power projects; women’s empowerment in Afghanistan, and humanitarian assistance in Sudan, Palestine, and Yemen.