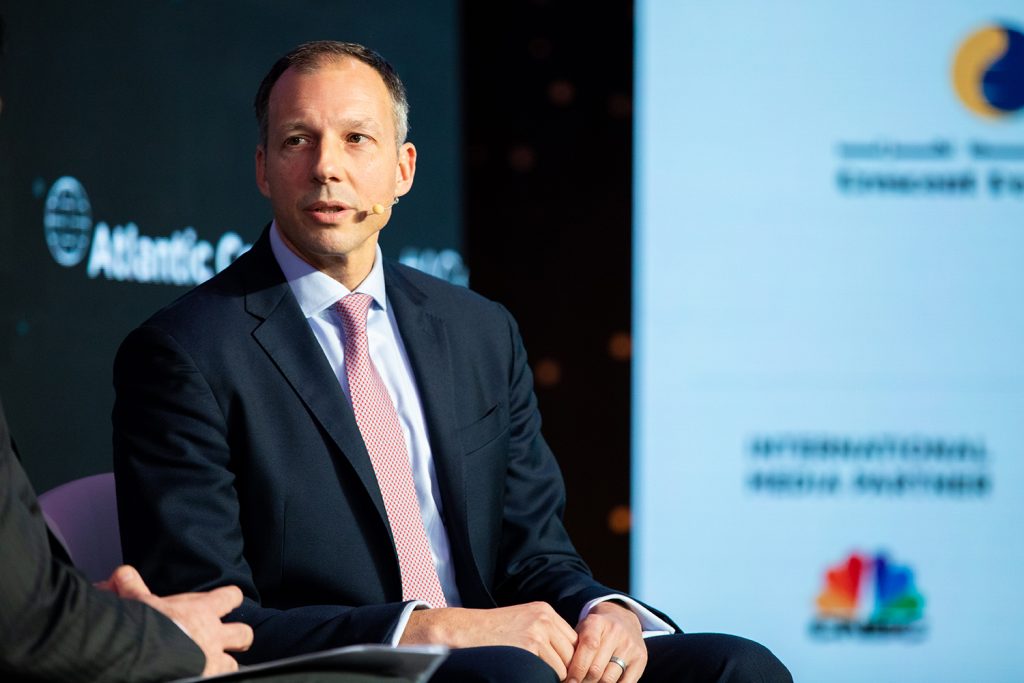 Francis Fannon, Assistant Secretary at the US State Department’s Bureau of Energy Resources, said that following his visit to the UAE last January, he is visiting the country again to "underscore the United States' commitment to political stability in the region and our enduring partnership with the UAE."

In an interview with the Emirates News Agency, WAM, the US official reiterated his country’s commitment and support to the region. "We want the countries in the region to realise the opportunities they have before them and support their people," he explained.

Talking about American oil production, becoming now the world's biggest producer, Fannon said, "We’re really proud of that; we’re going on record to produce 13.3 million barrels per day this year. It’s staggering, and we’re still trying to reconcile with this."

"But," he added, "it’s in all of our interest that we have resilient energy supplies," and so "irrespective of the US energy and mining situation," ties with the region are enduring.

Commenting further on energy market resiliency, Fannon noted his confidence in the global stability of oil markets. "What we work on, and what’s critically important, is that there is a transparent and free market for energy to be traded," he said.

"We all have a vested interest in ensuring that the world has secure supply, wherever that supply may come from," he added.

He went on to say that apart from China, Indo-Pacific region will also be a significant energy consumer to look at in the future.

"The world will require 50 percent more energy in 2040 than what we produce today. Two-thirds of that energy demand growth will be in the Indo-Pacific region," Fannon noted. "China is a critically important consumer of energy for all of us, so are our other players in the region."

Speaking on the sidelines of the Atlantic Council Global Energy Forum in Abu Dhabi, Fannon said that changing dynamics of European and Asian involvement within the Middle East "are welcome."

"Having a greater international attention to the region is a good thing," he affirmed.

"The [US] President spoke about inviting NATO to take a role here. I think that's probably welcomed by all parties to have a greater international presence and recognition of the importance of the region, the importance of a stable Middle East," he added.

"We're all in this together. I think having a shared commitment is a good sign."