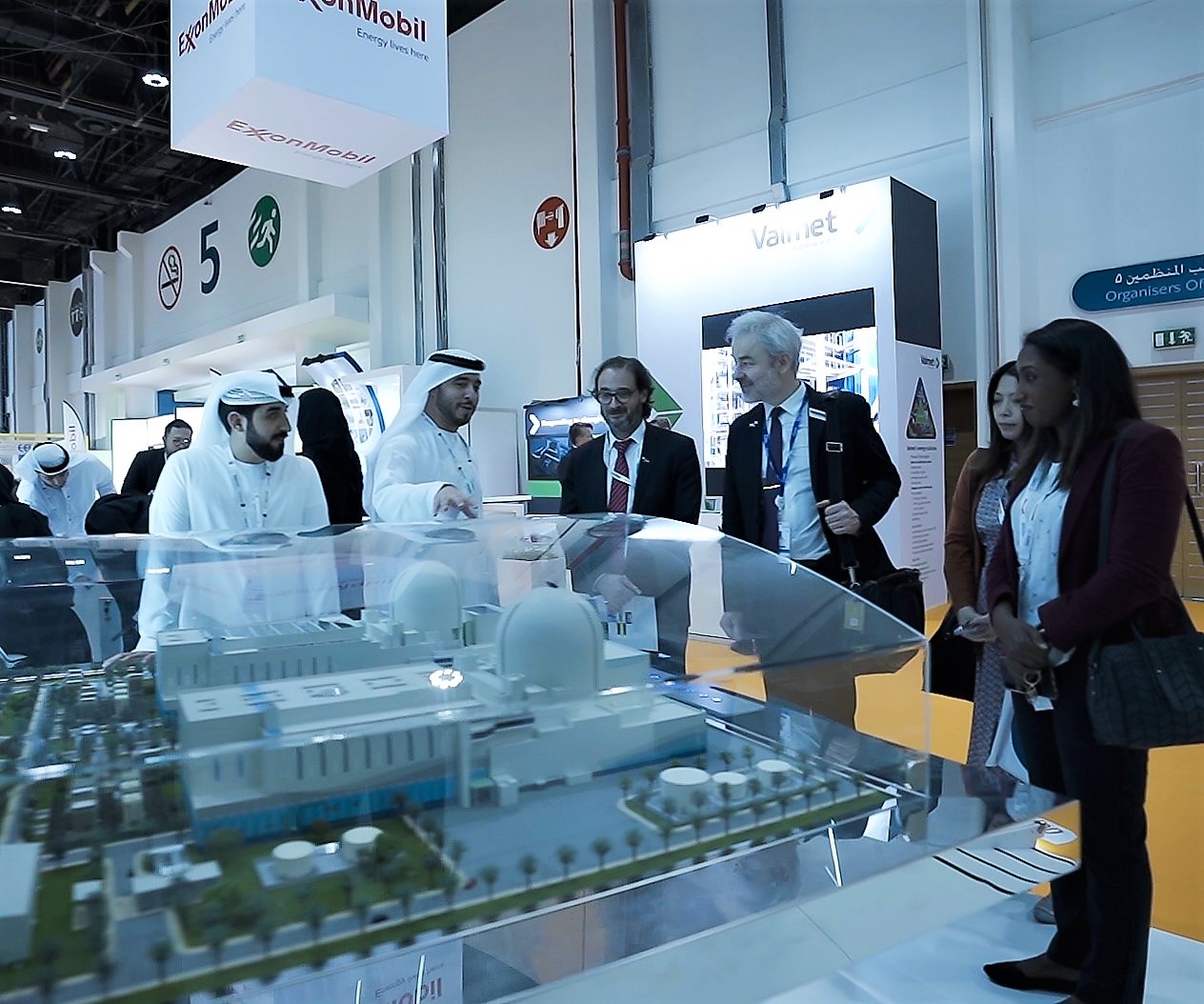 ABU DHABI, 14th January, 2020 (WAM) -- The Emirates Nuclear Energy Corporation, ENEC, has participated in the ongoing World Future Energy Summit, part of Abu Dhabi Sustainability Week 2020, to showcase the impactful role that nuclear energy will play in sustainably powering the growth of the country, in line with the UAE Energy Strategy 2050.

The Strategy includes a reduction in carbon dioxide emissions by 70 percent, an increase in clean energy use by 50 percent and a 40 percent improvement in energy efficiency by the middle of the century.

Nuclear energy will complement the introduction of increasing levels of renewables into the UAE’s grid to provide the baseload electricity required, while at the same time driving decarbonisation of the UAE’s electricity sector.

When the Barakah Nuclear Energy Plant is fully operational, it will generate up to 25 percent of the UAE’s electricity demand, while preventing the release of the 21 million tons of carbon emissions annually.

Nawah Energy Company, the operating and maintenance subsidiary of ENEC, is steadily and safely progressing with its operational readiness activities, and the loading of the first nuclear fuel assemblies into Unit 1 is expected to take place in Q1 2020, once all requirements have been met and Nawah is in receipt of the Operating License from the Federal Authority for Nuclear Regulation, FANR, the UAE’s independent nuclear regulator.

FANR is currently conducting rigorous and stringent reviews of the Operating License Application, and senior nuclear experts from IAEA and WANO have also conducted a series of assessments of the robustness of the operating infrastructure. Only after the successful conclusion of the national regulatory review and receipt of international endorsement will FANR approve the Operating License for Unit 1.

ENEC is building four identical nuclear energy units at the Barakah Nuclear Energy Plant in the Al Dhafra region of Abu Dhabi Emirate. The overall construction of the four units is more than 93 percent complete. Unit 4 is more than 83 percent, Unit 3 is more than 91 percent and Unit 2 is more than 95 percent.

The four units at Barakah will be able to generate up to 25 percent of the UAE’s electricity by producing 5,600 MW of clean electricity, preventing the release of 21 million tons of carbon emissions each year. This is to equivalent to removing 3.2 million cars off the roads annually, which is close to the total number of cars registered in the UAE.