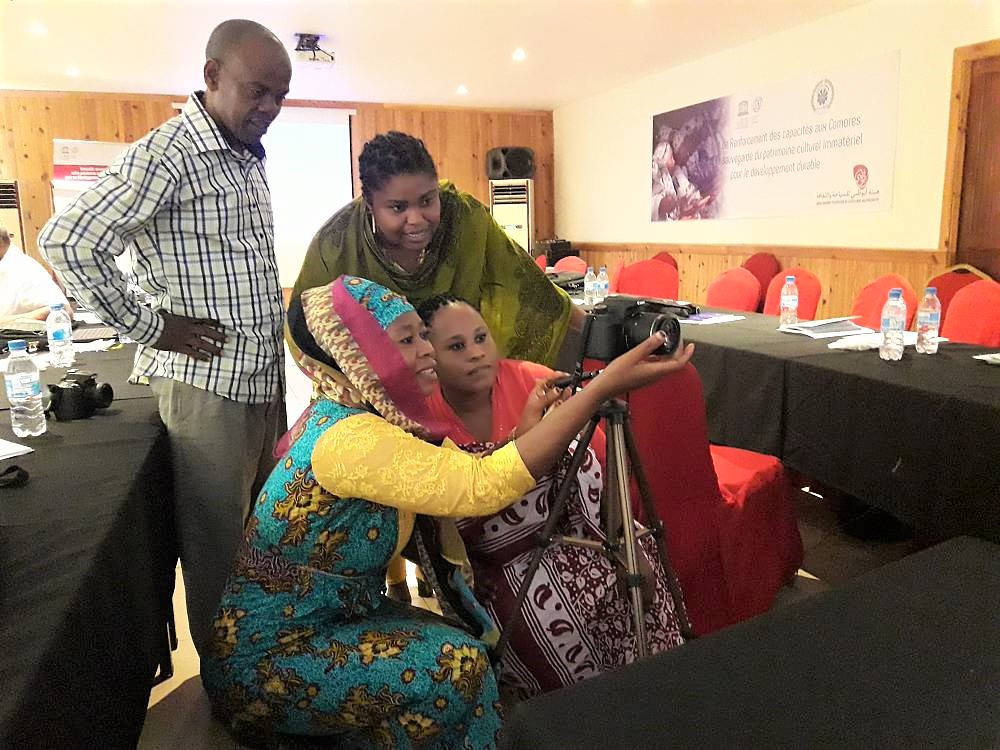 ABU DHABI, 15th January 2020 (WAM) - An initiative designed to support the Union of the Comoros in its efforts to safeguard its living heritage has been completed successfully with the support of the Department of Culture and Tourism – Abu Dhabi, DCT Abu Dhabi.

The project involved documenting and researching, awareness-raising and community-based inventorying for its cultural heritage, with the result a significantly increased capacity for Comoros to safeguard its own intangible cultural heritage, in accordance with UNESCO’s 2003 Convention for the Safeguarding of the Intangible Cultural Heritage.

The project, which ran from November 2017 to December 2019, was initiated after UNESCO carried out an assessment of the existing capacity of the small island nation to document its heritage, which was also funded by DCT Abu Dhabi.

"It is our core mission at DCT Abu Dhabi to preserve, promote and protect culture, in all its forms and on all platforms, so that it can inform future generations – for the benefit of all. And our emirate cares deeply about cultural issues. We recognise the importance of culture; that it has transformative power and is effective as an agent for change, bringing nations and minds together," said Mohamed Khalifa Al Mubarak, Chairman at DCT Abu Dhabi.

"The situation in Comoros was not only relevant to their own country, but also was of global concern, and in our bid to establish the emirate as a vibrant, diverse cultural hub, we have faced many of these issues ourselves over the years, namely the preservation of precious heritage. DCT Abu Dhabi believes we all have a collective responsibility to harness and safeguard the power of culture as a transformative force for progress and unity. We are delighted, therefore, with the successful completion of this project, which ensures the Comoros will have an increased capacity to safeguard its own ‘treasures’ for future generations to come."

On the completion of the project, a special celebratory ceremony was held in the capital Moroni, which was organised by UNESCO in collaboration with the Ministry of Youth, Sports, Professional Integration, Arts and Culture, and the Ministry of National Education, Higher Education and Scientific Research.

The event also featured a photographic exhibition and an interactive video displaying living heritage in Comoros, as well as live presentations of intangible cultural heritage practices to school children and the general public.

The project follows similar initiatives supported by DCT Abu Dhabi, including the UNESCO project ‘Strengthening National Capacities for Safeguarding Palestinian Cultural Heritage’, which saw 30 Palestinians from selected governmental and non-governmental institutions from across Palestine participate in a five-day UNESCO training course in Ramallah in November 2019.

The training course covered the effective implementation of the 2003 Convention on the Safeguarding of Intangible Cultural Heritage.