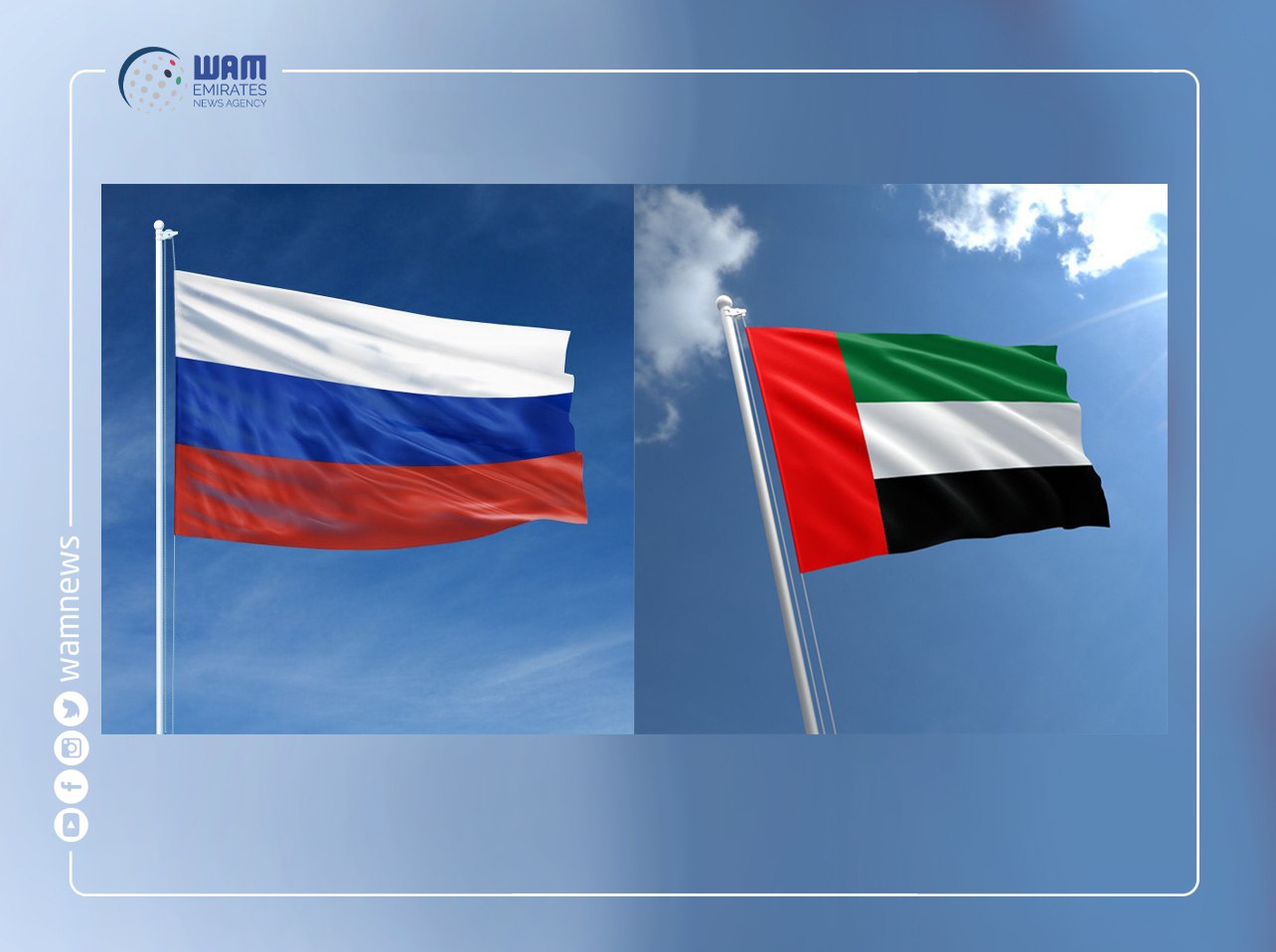 SHARJAH, 19th February, 2020 (WAM) -- The UAE-Russian Business Forum held in Sharjah yesterday and organised by the Sharjah Economic Development Department, SEDD, in cooperation with the Ministry of Energy and Industry, discussed ways to enhance the strategic partnership between the two countries and focused on the importance of benefiting from the economic, commercial and large investment elements of both sides.

It was also aimed at exploring more opportunities for future cooperation, considering the strategic initiatives and projects in the two countries and their future directions for development.

The forum was held in the presence of Dr. Matar Hamed Al Neyadi, Under-Secretary of the Ministry of Energy and Industry; Sultan Abdullah Al Suwaidi, Chairman of SEDD; Aleksey Gruzdev, Deputy Minister of Industry and Trade of the Russian Federation, and a number of officials and businessmen from the two countries.

Al Suwaidi pointed out that bilateral relations between the UAE and Russia are witnessing development in all areas of economic and technological cooperation, confirmed by the volume of non-oil trade exchange recorded in the last six years, which amounted to US$15 billion.

In his speech, Al Neyadi noted that the UAE pays great attention to diversifying its economic base and enhancing the role of innovation as an engine for development.

The forum witnessed two panel discussions. The first one, "Prospects for Cooperation and Investment in Knowledge-based Industries between UAE and Russia", saw the Federation of UAE Chambers of Commerce & Industry, Mubadala Investment Company, Rosgeo Authority, and VR-Technologies as participants.

The second panel discussion, "Sharjah...a Stimulating Investment Environment", dealt with a number of specialised papers, where Hussain Al Mahmoudi, CEO of Sharjah Research, Technology and Innovation Park, presented a speech on the role of the complex in researching and testing future technical investments, attracting technology and localising it to represent the role of Sharjah as a capital for knowledge investment.

Mohammed bin Kuwair, Senior Manager of International Business at Bee'ah, gave a presentation on "Sharjah...a Sustainable Environment". Later on, the session concluded with a speech by Ahmed bin Saed Al Suwaidi, Head of Commercial Investment Section at SEDD, during which he discussed the economic opportunities in Sharjah.

The forum witnessed the signing of a number of MoUs and agreements. The first MoU was between SEDD and Sharjah Media City, through which the two parties seek to activate their role in developing economic activity. Another MoU was signed between SEDD and the Russian Business Council, signed by Al Suwaidi and Oleg Lafrik, Vice-Chairman of the Board of Directors of the Russian Business Council.