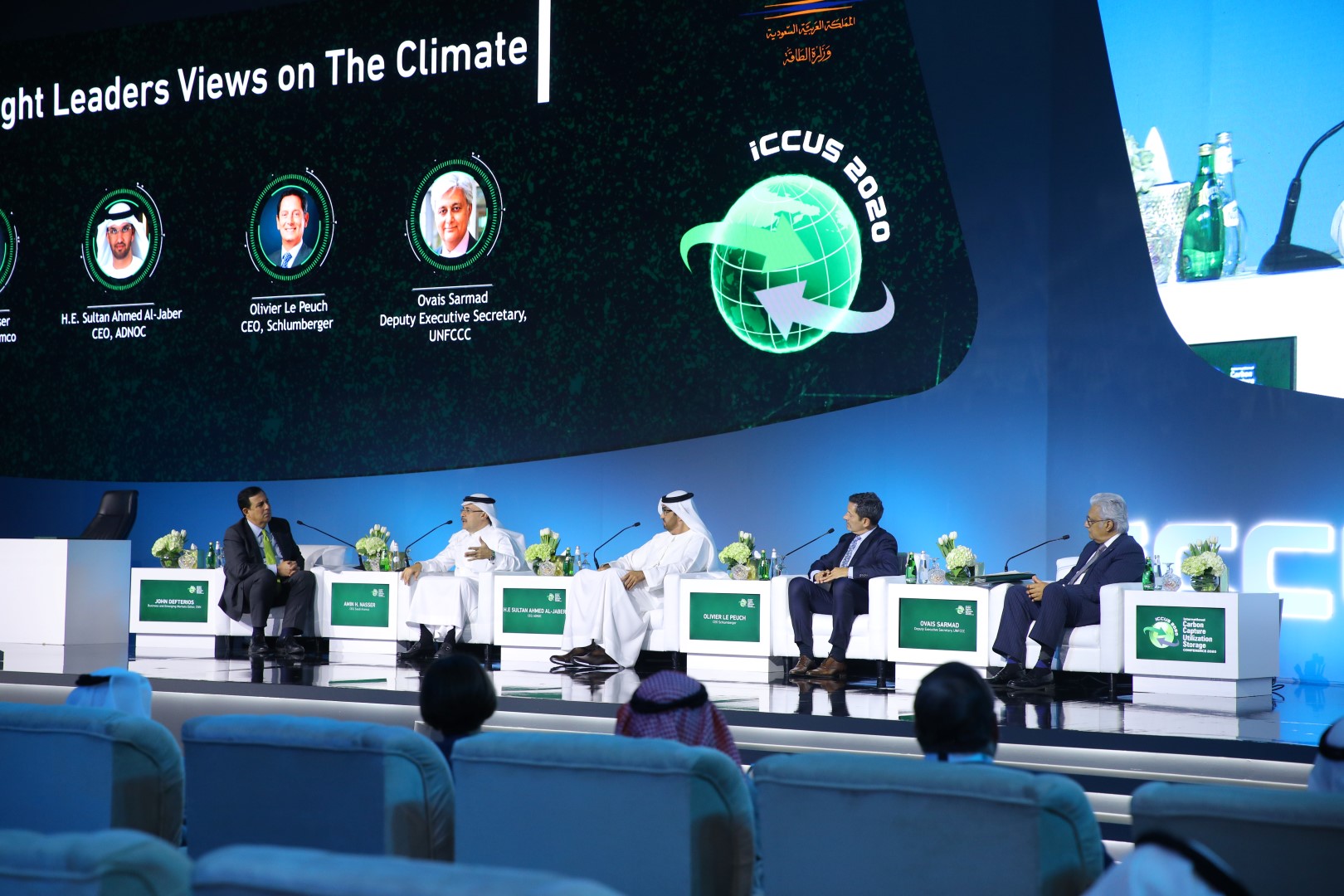 RIYADH, 25th February, 2020 (WAM) -- ADNOC is building on its position as one of the least carbon-intensive oil and gas producers in the world by significantly expanding its Carbon Capture Utilisation and Storage, CCUS, program, according to Dr. Sultan bin Ahmad Sultan Al Jaber, Minister of State, ADNOC Group CEO.

Speaking at the panel session titled ‘Thought-Leaders in Oil and Gas,’ at the International Carbon Capture Utilization and Storage, ICCUS, conference in the Kingdom of Saudi Arabia, Dr. Al Jaber reinforced ADNOC’s commitment to responsible oil and gas production as the company delivers its 2030 strategy, noting that the company is on track to expand CCUS capacity at least fivefold by 2030 as part of its holistic sustainability goals.

Dr. Al Jaber said: "ADNOC’s CCUS program reinforces our position as the least-carbon intensive oil and gas producer in the world. It is also an important enabler of our holistic 2030 sustainability goals, specifically our target to reduce greenhouse gas intensity by 25 percent.

"As we drive our CCUS targets, we are focusing on innovative and cost-effective solutions that make economic sense. And we are building on the foundation set by the late Founding Father of the UAE, Sheikh Zayed bin Sultan Al Nahyan, to help ensure ADNOC remains best-in-class in sustainability and ESG performance."

Currently, ADNOC’s Al Reyadah facility in the emirate of Abu Dhabi has the capacity to capture 800,000 tonnes of carbon dioxide, CO2, annually. ADNOC plans to expand the capacity of this program by over 500 percent capturing CO2 from its own gas plants, with the aim of reaching 5 million tonnes of CO2 every year by 2030 – the equivalent of the annual carbon capture capacity of over 5 million acres of forest or forest over twice the size of the UAE.

ADNOC’s 2030 sustainability goals include a commitment to reduce GHG intensity by 25 percent; a limit on freshwater use to below 0.5 percent of our total water use; a commitment to ensure female representation on the board of each of its operating companies by 2022; a commitment to plant 10 million mangrove seedlings in Al Dhafra Region in the emirate of Abu Dhabi by the end of 2022; a commitment to achieve In-Country Value, ICV, of 50 percent across its full value chain by 2030 and a 100 percent commitment to HSE and asset integrity.

The two-day ICCUS conference has convened global energy leaders and policymakers to discuss the role of CCUS in enabling a circular carbon economy. Others taking part in the forum included Suhail Al Mazrouie, UAE Minister of Energy and Industry; H.R.H. Abdulaziz bin Salman bin Abdulaziz Al Saud, Minister of Energy of the Kingdom of Saudi Arabia, and Mohammad Barkindo, Secretary-General of the Organization of Petroleum Exporting Countries, OPEC, among other global energy leaders, policymakers and scientists.