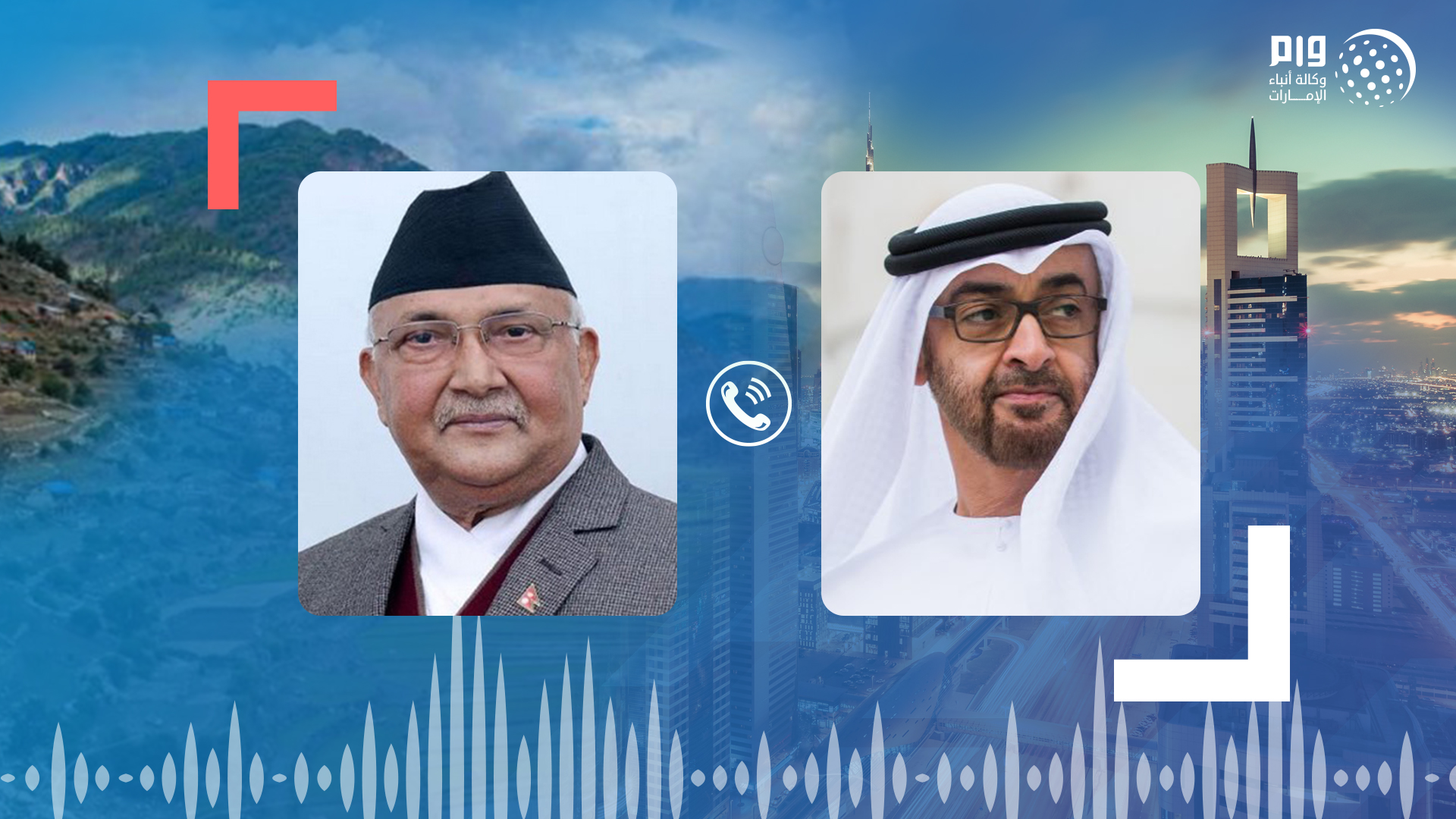 This came over a phone call H.H. Sheikh Mohamed received from the Nepalese premier, during which they reviewed the measures taken by the two nations to bring the pandemic under control.

Sheikh Mohamed reiterated the UAE's solidarity with Nepal and other friendly countries in their fight against the novel virus, doubling on the humanitarian approach UAE has committed to in standing by countries and peoples in distress.He wished continued safety and wellbeing for the peoples of the two countries and other world nations.

The Nepalese premier expressed appreciation to Sheikh Mohamed and lauded the UAE's support for his country in the field of development and for the Nepalese community living in the UAE, specially during the corona crisis.